With her spellbinding voice and time-bending sensibilities, Sierra Ferrell makes music that's as fantastically vagabond as the artist herself. Growing up in small-town West Virginia, the singer/songwriter/multi-instrumentalist left home in her early 20s to journey across the country with a troupe of nomadic musicians, playing everywhere from truck stops to alleyways to freight-train boxcars speeding down the railroad tracks. After years of living in her van and busking on the streets of New Orleans and Seattle, she moved to Nashville and soon landed a deal with Rounder Records on the strength of her magnetic live show. Now, on her highly anticipated label debut Long Time Coming, Ferrell shares a dozen songs beautifully unbound by genre or era, instantly transporting her audience to an infinitely more enchanted world.

Co-produced by Stu Hibberd and 10-time Grammy Award-winner Gary Paczosa (Alison Krauss, Dolly Parton, Gillian Welch), Long Time Coming embodies a delicate eclecticism fitting for a musician who utterly defies categorization. "I want my music to be like my mind is -- all over the place," says Ferrell, who recorded the album at Southern Ground and Minutia studios in Nashville. "I listen to everything from bluegrass to techno to goth metal, and it all inspires me in different ways that I try to incorporate into my songs and make people really feel something." In sculpting the album's chameleonic sound, Ferrell joined forces with a knockout lineup of guest musicians (including Jerry Douglas, Tim O'Brien, Chris Scruggs, Sarah Jarosz, Billy Strings, and Dennis Crouch), adding entirely new texture to each of her gracefully crafted and undeniably heartfelt songs.

A consummate musician's musician, Ferrell found an easy camaraderie with the many luminaries who accompanied her on Long Time Coming. To that end, her most cherished moments in the album's production include the recording of the soul-stirring choir-like harmonies of "West Virginia Waltz," as well as Rory Hoffman's impromptu whistling on "Bells of Every Chapel." ("Rory's got one heck of a whistle on him," she marvels). At the same time, the making of Long Time Coming fully affirmed her affinity for lifers like Strings. "Billy's in it for the music, which is something we have in common," she says. "We're just gonna keep playing till we're not on this Earth anymore."

While the wayward sound of Long Time Coming is in many ways a perfect echo of Ferrell's free-spirited nature, there's also a much deeper intention at play: a desire to expand her listeners' capacity for wonder, so that they might uncover some enchantment in their own lives. "A lot of us are taught to wake up, go to work, make money, eat, sleep, rinse, repeat," says Ferrell. "It's so easy to get caught up in that nine-to-five routine, and end up numb and dulled-down to everything. I want my music to help people break away from that -- to get lost in their imagination, and start seeing how magical the world can be if you just pay attention."

John R Miller is a true hyphenate artist: singer-songwriter-picker. Every song on his thrilling debut solo album, Depreciated, is lush with intricate wordplay and haunting imagery, as well as being backed by a band that is on fire. One of his biggest long-time fans is roots music favorite Tyler Childers, who says he's "a well-travelled wordsmith mapping out the world he's seen, three chords at a time." Miller is somehow able to transport us to a shadowy honkytonk and get existential all in the same line with his tightly written compositions. Miller's own guitar-playing is on fine display here along with vocals that evoke the white-waters of the Potomac River rumbling below the high ridges of his native Shenandoah Valley.

Depreciated is a collection of eleven gems that take us to his homeplace even while exploring the way we can't go home again, no matter how much we might ache for it. On the album, Miller says he was eager to combine elements of country, folk, blues, and rock to make his own sound. Recently lost heroes like Prine, Walker, and Shaver served as guideposts for the songcrafting but Miller has completely achieved his own sound. The album is almost novelistic in its journey, not only to the complicated relationship Miller has with the Shenandoah Valley but also into the mind of someone going through transitions. "I wrote most of these songs after finding myself single and without a band for the first time in a long while," Miller says. "I stumbled to Nashville and started to figure things out, so a lot of these have the feel of closing a chapter."


Miller grew up in the Eastern Panhandle of West Virginia near the Potomac River. "There are three or four little towns I know well that make up the region," he says, name-checking places like Martinsburg, Shepherdstown, Hedgesville, and Keyes Gap. "It's a haunted place. In some ways it's frozen in time. So much old stuff has lingered there, and its history is still very present." As much as Miller loves where he's from, he's always had a complicated relationship with home and never could figure out what to do with himself there. "I just wanted to make music, and there's no real infrastructure for that there. We had to travel to play regularly and as teenagers most of our gigs were spent playing in old church halls or Ruritan Clubs." He was raised "kinda sorta Catholic" and although he gave up on that as a teenager, he says "it follows me everywhere, still."


His family was not musical -- his father worked odd jobs and was a paramedic before Miller was born, while his mother was a nurse -- but he was drawn to music at an early age, which was essential to him since he says school was "an exercise in patience" for him. "Music was the first thing to turn my brain on. I'd sit by the stereo for hours with a blank audio cassette waiting to record songs I liked," he says. "I was into a lot of whatever was on the radio until I was in middle school and started finding out about punk music, which is what I gravitated toward and tried to play through high school." Not long after a short and aimless attempt at college, I was introduced to old time and traditional fiddle music, particularly around West Virginia, and my whole musical world started to open up." Around the same time he discovered John Prine and says the music of Steve Earle sent him "down a rabbit hole." From there he found the 1970s Texas gods like Guy Clark, Townes Van Zandt, Jerry Jeff Walker, Billy Joe Shaver, and Blaze Foley, the swamp pop of Bobby Charles, and the Tulsa Sound of J.J. Cale, who is probably his biggest influence.


As much as the music buoyed him, it also took its toll. "I always prioritized being a touring musician above everything, and my attempts at relationships suffered for it," he says. Miller was also often fighting depression and watching many of his friends "go off the rails on occasion." He says that for a long period he did a lot of self-medicating. "I used to go about it by drinking vodka from morning to night for months on end," he says. "I shouldn't have made it this far. I'm lucky, I think." Ultimately, the music won out and Depreciated is the hard-won result of years of self-education provided by life experiences that included arrests, a drunken knife-throwing incident, relationships both lost and long-term, and learning from the best of the singer-songwriters by listening.


For the creation of the album Miller joined forces with two producers who shared his vision for a country-blues infused record: multiple Grammy nominee Justin Francis, who has worked with everyone from Leon Bridges to Kacey Musgraves, and Adam Meisterhans, a renowned guitarist whom Miller has known since their days as roustabout musicians in West Virginia. They recorded Depreciated in the legendary Studio A of Sound Emporium in Nashville. Miller says the studio's "killer gear and lived-in feeling" enhanced the sound but most importantly it provided plenty of space for the band to be together. "It's important to me to have a relationship with the people I'm working with," Miller says. The crew is a well-oiled machine that is given the opportunity to shine throughout the album: Meisterhans adding guitar along with Miller, Francis bringing in congas and Wurlitzer, Chloe Edmonstone offering a plaintive fiddle, John Looney on mandolin, Jonathan Beam providing bass, Russ Pahl's shimmery pedal steel, John Clay on drums, and Robbie Crowell playing the Wurlie and Hammond B3.

From a coal-mining village in Yorkshire England, Jan Bell made her name as a songwriter in NYC. She has seven critically acclaimed albums made in New Orleans, Eureka Springs AR
and Brooklyn NYC. Her band "The Maybelles” who started out in The Ozarks as a duo with
Melissa Carper.


“Maybe growing up in Nottinghamshire is what sets Jan Bell apart from the run of local lady folkies. Or maybe its the slide guitars, harmonicas, mandolins and banjos. Dark, old timey
spareness......gorgeous ” - Chuck Eddy, The Village Voice


“Bell's music isn't strictly bluegrass, but her reworking of old-time country and jug-band blues is remarkably nuanced. It embodies the wide-open spirit of what has become an antic,
hybrid genre.” - Edd Hurt, The Nashville Scene 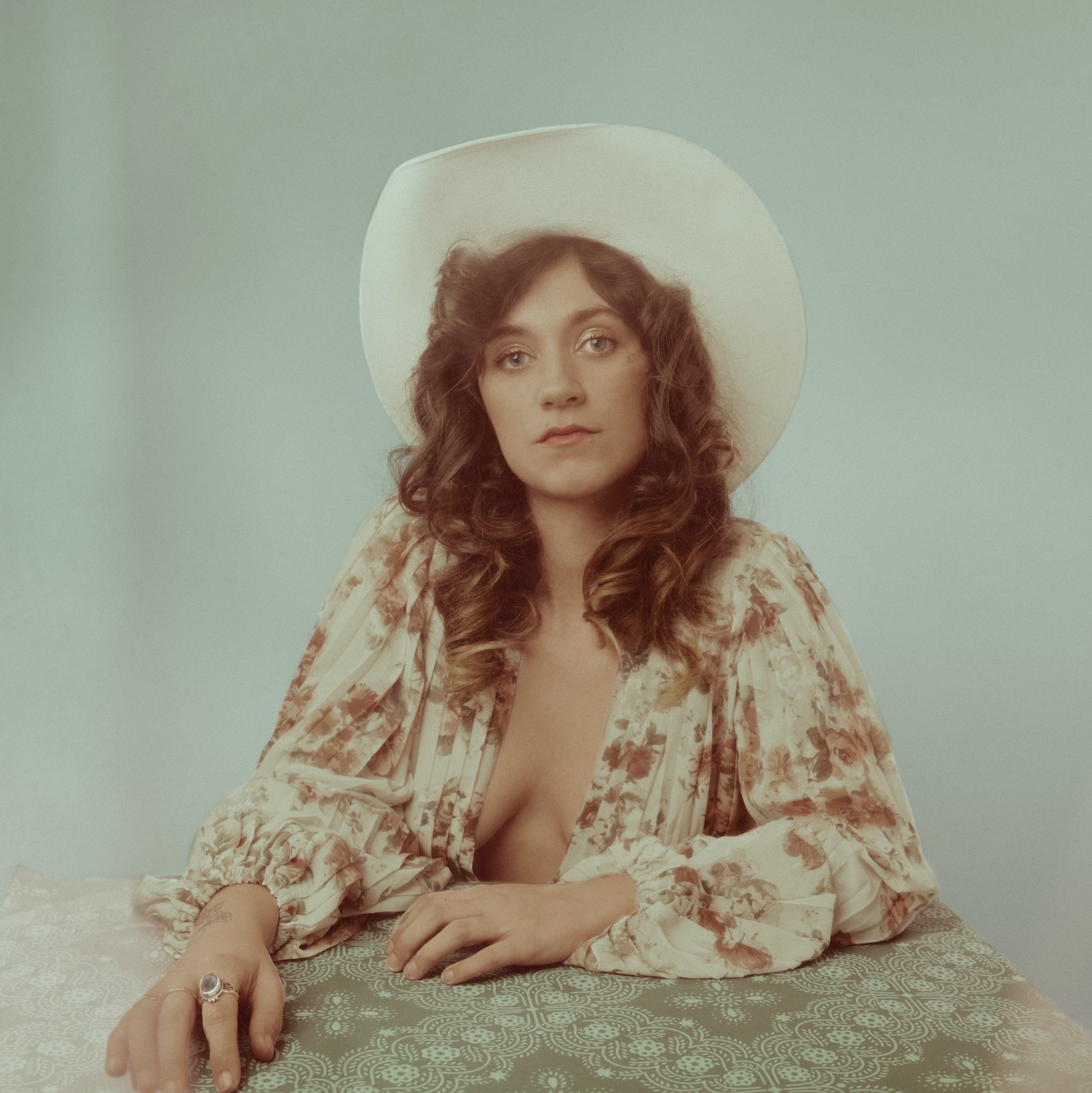