Simon Patterson is back again for another galvanizing four-hour set at Hollywood’s AVALON on 11/4.

The London-born trance artist and producer first rose to prominence through a five-year collaborative project with Richie Kayvan called Dogzilla. In 2010, DJ Mag ranked Patterson at #28 on the “Top 100 DJs” list. Signed to Spinnin’ Records, he’s received raves from the likes of Armin Van Buuren and Paul Van Dyk as a “technical, genre-blending genius”. Through his genre-defying sets and tracks, he has attracted listeners from the U.S. all the way to the electronic mecca of Ibiza. Patterson is back in Hollywood to showcase the verisimilitude of his nearly twenty-year career as a trance phenomenon.

Catch Simon Patterson play an epic, heart-thumping set at the historic AVALON Hollywood on November 4, 2017 - you won’t want to miss it. 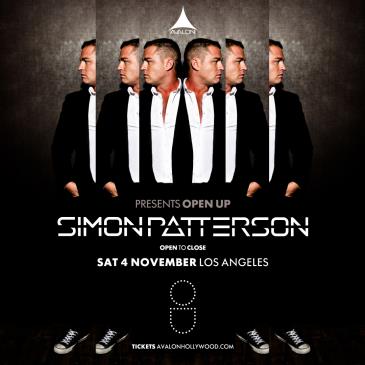