Ned Rifken has Headlined 2,000+ Shows in Los Angeles, California & on International Cruise Lines, performing as the “Ambassador of Swing”. Ned performed a well-received tribute to “Sinatra at the Sands” at the prestigious Typhoon at Santa Monica Airport to great acclaim. He recreated the entire classic album from 1966 with a live 17-piece band.

Ned is also known for His Vast Music Library encompassing the "Great American Songbook with over 1,000 charts covering all facets of Big Band music and the “Rat Pack” style of music, including instrumentals.

Ned Rifken's performances are Not an Imitation, But a Celebration of the music of the Classic Era in Las Vegas, Nevada. Listen to Ned Rifken @ www.Nedrifken.com

Last Year was Packed! It is recommended to Call Ahead for Reservations. 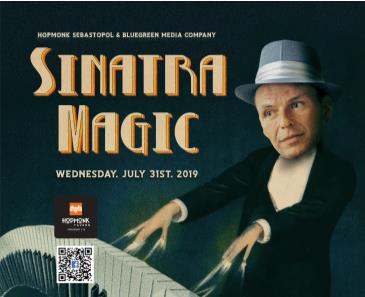