Cleaves is a full-time touring musician, but like most musicians has held many day jobs: janitor, warehouse rat, ice cream truck driver, rope-tow operator, film developer, groundskeeper, meter reader, and pizza delivery driver. He was even a human guinea pig. He was paid to be a subject in drug studies by a pharmaceutical company.

Cleaves's musical roots extend back prior to his days playing in a high school "garage band" with his childhood friend Rod Picott. The two shared a love of music, especially Bruce Springsteen and named their band The Magic Rats, after a character in Springsteen's song "Jungleland."

He brought his love of American artists such as Woody Guthrie, Johnny Cash, Hank Williams, Chuck Berry, Bruce Springsteen, Tom Petty, Tom Waits, Creedence Clearwater Revival, and more with him to Cork, Ireland, where he spent his junior year of college. To help pass the time he learned how to play the songs on guitar and on November 18, 1985 he made his debut as a busker—a street singer—in Cork City, Ireland.

After several false starts he started to gain notice around Portland, Maine and in 1990 released his debut cassette, The Promise. Only a few songs off this album, "Sweet Summertime", "Lonesome Highway" and "Wrecking Ball" still occasionally get played in concert. The original tape has unfortunately been lost, and only copies remain.

That was followed a year later by Looks Good from the Road, recorded with his rock band, The Moxie Men, which featured Cleaves on lead vocals and acoustic guitar, his brother J. on bass, Mark Cousins on drums and Pip Walteron electric guitar, acoustic guitar, and vocals. By the end of the year they were the darlings of the Portland press and touted as one of the bands "most likely to succeed."

However, Cleaves's solo acoustic side took over and in 1991 he moved with his wife, Karen, to Austin, Texas. In 1992, he was a winner of the prestigious New Folk competition at the Kerrville Folk Festival, an award previously given to such artists as Nanci Griffith, Robert Earl Keen and Steve Earle. 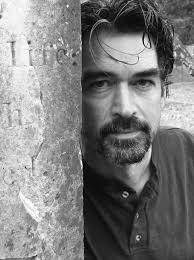