Formed in Sleepy Hollow, New York over a decade ago, The Slambovian Circus of Dreams (AKA The Grand Slambovians) pioneered the alt-folk/Americana genre, staying on the fringes of the music industry and under the radar while producing several critically acclaimed studio albums. A Box of Everything, the band’s most recent release, is a compilation of the ‘Greatest Hits’ you’ve never heard from this reclusive band.

Their melodic avant-folk conjures a quirkier Tom Petty or fuller Buffalo Tom with an exotic instrumental arsenal. If you like Dylan, Bowie, The Decemberists, you’ll find a lot to love about this band which features an otherworldly slide mandolin, accordion, cello and styles ranging from dusty Americana ballads to Pink Floyd-esque cinematic anthems. Headlining major music festivals and venues across the US, Canada and UK, they built their career from the ground up with a loyal fan base supporting them all the way. 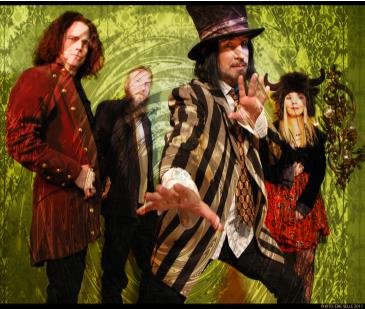