Jason Williamson could see the UK election victory of Boris Johnson coming from the back of an airbus to Benidorm. ‘There were three blokes behind us,’ he recalls, ‘from what I could gather, these lads were from a warehouse in Derby.’ As the flight descended, their language got fruitier. Jason relays some of it: “Fucking ruined my country, Corbyn has”, “Fucking cunt”, “Get these cunts out of my country”, “Come on, Boris.”’ He pauses for thought. ‘Ten years ago you could replace the word Corbyn with Tories. How did that happen?’

As the incendiary frontman and mouthpiece of Sleaford Mods, it is Jason’s job – his vocation, even – to mentally notate the specific turns of British society and transpose them with the strong arm of pop music. To spit on its shoes and polish them up nice. To glare in its face and document its smallest details. Give Jason a motorik riff and he’ll handsomely reward you with a clenched fists, to whack you back with the sour taste of Britain in a nutshell.

So, the morning of Friday the 13th December 2019 looked like a foregone conclusion. Jason woke up on the day after the election with his impending sense of dread confirmed. ‘I felt really angry. Gutted. I hated people. It really made me hate the country.’ Jason speaks in a measured Grantham tongue. He feels with the soul of a bluff poet. Because he was born in Margaret Thatcher’s birthplace, he knows by intuition where this stuff comes from and how it’s most effectively incubated, all the better for parlaying back through the wonderful, wise work of Sleaford Mods. ‘For that minute, I really did consider how feasible it would be to leave England and live somewhere else,’ he notes. ‘But let’s face it, everywhere has got a fucking suspect population who believe in something very dodgy. Those silent bastards that just stay in the house, that keep their mouths shut.’

Jason Williamson and Andrew Fearn are Sleaford Mods. They represent the exact freeform logical opposite of all that. They perform with the kind of gleefully uninhibited intimacy whereby you can smell their necks and see the houses they grew up in. They are possessed of a salubrious habit for editing down forthcoming national moods with one singular catchphrase. Few pop musicians got closer to defining the last decade of British life than in the title, Divide and Exit. Johnson has long been a target, broadsided in their last top 10 foray, Eton Alive.

In the six short years since Jason gave up his pen-pushing job, one of days spent seething at Nottingham City Council, dreaming of the next dogend to smoke on the next break, Sleaford Mods have become one of the most intractable British pop stories. One of its best. Their music is drawn at a flawless fault-line of anger, tenderness and humour, a triumvirate of raw energy which frequently jostles in the space of a cadence for supremacy. On record you can hear their sinews, live you can touch their veins. If you want a flavour of the start of their journey, there is little more visceral reminder of their candidacy for chart success than the decision to name their debut album, Wank. Yet here we are.

Against a backcloth of feverish political affiliation shifts, Sleaford Mods stayed immutable, enjoying a boon 2019. Something about their metre, rhyme and clipped defiance had broken through a previously unimaginable glass ceiling. They started the year with Eton Alive’s top ten placement and rounded it off with a sold-out show at Hammersmith Apollo. Sleaford Mods are the only band in Britain you could comfortably stick a sweat-soaked performance in front of random crowds and count upon mass conversion. The word of mouth on their brute live force, tenderised and pockmarked by the humour of Andrew’s finger-tapping ennui and Jason’s idiosyncratic showmanship thrust means their constituent following has changed. Sleaford Mods used to play in front of exasperated middle-aged men in Patagonia anoraks in small, agitated rooms educated by the wireless ramblings of John Peel. Now they bring the exact same noise and poise to theatres full to busting with trendy young metropolitan vegan couples who talk about mortgages and saw them on Jools Holland. That’s all fine by Jason. ‘It’s sound, mate.’

Spring 2020 will see them will play to the monied, honied Californian stoners of Coachella, a desert backdrop so anathema to their origins on a council settee with a full ashtray for company as to feel an almost laughable upshift. ‘People are like, what the fuck are you doing that for?’ says Jason. ‘But it’s about time. And they’re paying us daft money for it.’

The first time Sleaford Mods played in America they unwittingly started a fight in a Brooklyn basement of 600. ‘A couple of my English mates who I’d grown up with in Nottingham came along. One of them was an ex-dealer who married someone and ended up there. We were looking at each other going “what the fuck’s this?” But it was brilliant.’ In six years, they have moved to sharing backstage passes with Kendal Jenner.

When their forthcoming Australian and West Coast American tour sold out, Jason looked at Sleaford Mods in the mirror for the first time in a while. He thinks he understands what it is that translates universally about his band. It is an approach, one which supersedes any particular iteration or album cycle full of parochial references.

‘The experience of the factory floor is a global, international experience,’ he says. ‘Anyone that has experienced minimum wage work, no options, no prospects, just crap, understands it. That’s everyone, isn’t it? That message travels even though the lyrics aren’t perhaps immediately relatable. The energy that comes off it connects with people.’

It turns out that Jason is particularly skilled at a Dragon’s Den pitch for Sleaford Mods, at precisely the moment he might need one most, if only for himself, as their name travels, music carries on the wind of goodwill and songs settle into defining the sheer desperation of their socio-political moment. ‘If you want to experience music by people who are communicating exact feelings in situations that are really bleak, then this is the band for you, I suppose. That’s not very good, is it?’ It’s perfect.

He loves abstract specifics that stick listeners right into the hard centre of a song, Jason. ‘It’s done really, really tastefully,’ he says, momentarily aghast at his talent for self-promotion. ‘I don’t know. It’s hard, isn’t it? I think it’s tasteful. Sleaford Mods is tailored more or less immaculately. Obviously then it marries itself to the ability to write a really good hook. If you can marry that ability to describing a feeling then you’re fucking laughing.’

Sleaford Mods world doesn’t end with the guileless originality of their records, Jason’s masterful way with words or the duo’s blistering live show. It’s in Jason’s books, his exceptionally torrid little tales collated in Slabs From Paradise and Happy Days; his lyrics in Grammar Wanker. It’s there in the documentary film, Bunch of Kunst – their very own In Bed With Madonna moment, a work director Christine Franz was so embarrassed to show them she had to walk out of her own Berlin screening room.

The specialness of Sleaford Mods forever hangs on a tightrope between complete, exhibitionist self-exposure and furious self-editing. They walk it well. In 2020, they will take stock of their iridescent and frankly astonishing rise to an itchy position somewhere within the mainstream. They’ll play their evergreen set closing hits Tweet, Tweet, Tweet and Jobseeker to strangers to whom Sleaford Mods must look and sound like aliens from another planet.

And they will win them over. Because Sleaford Mods are sincerity incarnate. They are bringing British political correctness, in the truest, purest, rawest sense of those most bastardised words directly to the masses. Sleaford Mods are peerless, mate. They’re fucking peerless. 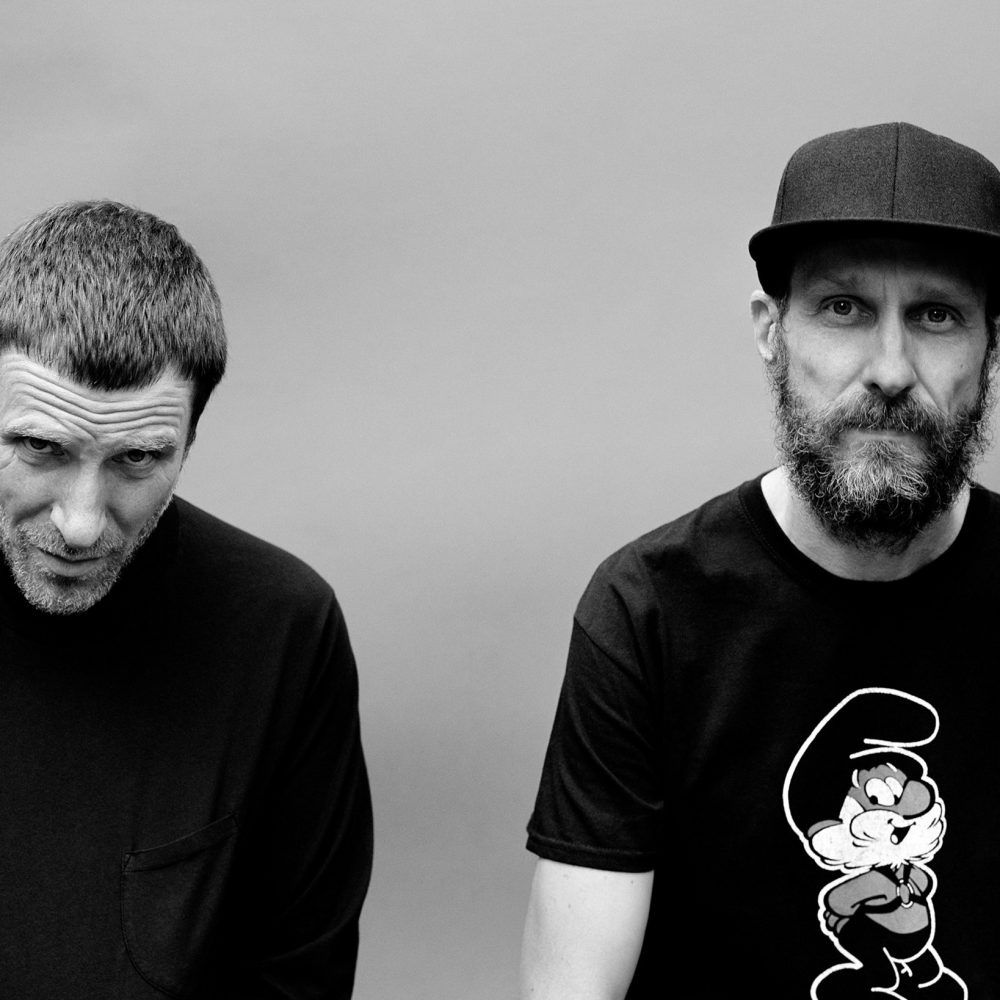