TSOL
Spotify | Youtube
T.S.O.L. is an American punk rock band formed in 1978 in Long Beach, California. Although most commonly associated with hardcore punk, T.S.O.L.'s music has varied on each release, including such styles as deathrock, art punk, horror punk and other varieties of punk music.

The Dickies
Spotify | Youtube
The Dickies are an American punk rock band formed in the San Fernando Valley, Los Angeles, in 1977. One of the longest tenured punk rock bands, they have been in continuous existence for over 40 years. 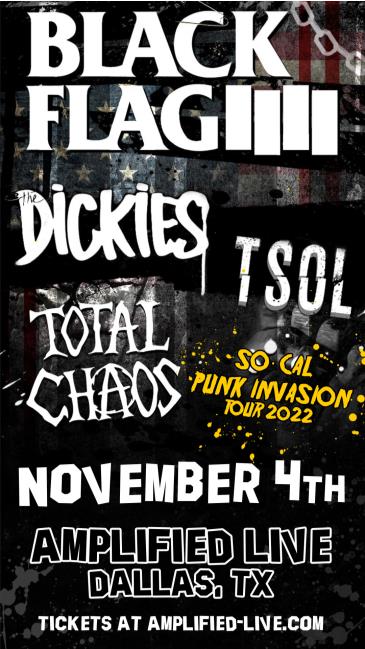