Conceived in a cabin overlooking the Delaware River in upstate New York, Son Little’s latest album, Like Neptune, trades in the existential dread permeating previous work for unbridled joy and self-acceptance. In this verdant space of freedom, Son Little transmutes the chronic pain of self-doubt into a beautiful opus about overcoming generational trauma, decorating the altar of the primordial blues and elevating the labor of healing to high art.

"In the beginning of lockdown, I went into a closet full of junk and found a couple of boxes full of my old writing books,” Livingston explained. “There turned out to be 72 books in there.”

“The oldest book I got as a Christmas present when I was 9,” he continued. “In it, I wrote letters to myself about what was happening in my life. One page refers to a neighbor in Queens who abused me sexually around age 5. It was the first and only time I’d ever acknowledge this fact until after my 19th birthday, when I told my mother what had happened. She begged me go to therapy. I went under protest. My attempt wasn’t sincere. I wasn’t ready. I thought I could just power through it.”

Years of anxiety, depression, panic attacks and the aforementioned existential dread ensued, often dulled or numbed by the effects of alcohol, drugs, or sex. A frightening car crash and arrest finally led him back into therapy in 2017. Aggressively employing progressive methods like EMDR and somatic healing, Livingston, with the help of a trusted therapist, began identifying the roots of his trauma, and where it lives in the body. But the biggest breakthrough came from Internal Family Systems, a methodology that recognizes responses to trauma triggers as distinct entities or ‘parts’ within the person, and requires the patient essentially have conversations with the different traumatized personalities within them.

“One day in therapy I started talking to myself– to that annoying inner voice that criticizes everything when you mess up. I asked them how old they were and they said ’10’. I asked if they knew who I was, or how old I was and they said ‘no'! Strange as it all seems it’s had some amazing results. I’m able to soothe and comfort my inner…children.”

The open exchange with his wounded inner self challenges a tradition of silence that masks the trauma coursing through the bedrock of the genre; the impact of abuse has infamously undergirded the catalogs and upended the lives of some of R&B’s most iconic musicians. Like Neptune, however, counters that no student or practitioner of the tradition should believe trauma to be a necessary component of their sound.

“I’ve always felt as though I was making music because I had to, something inside compelled me. Fueled me,” Little shared. “This the first time in a long time I’m making music for the pure joy of creating.”

Delving into his journals and happily cooped up inside due to the pandemic, Son Little returned to beat making to craft the core of Like Neptune using apps on his iPad–– a method originally tasked with satisfying the nagging urge to create on a daily basis on the road; later he fleshed out the programming and added live instrumentation in Ableton live— while micro dosing LSD and immersing himself in the sounds of ‘70s era David Bowie and psychedelic Amazonian cumbia of the same period.

Like Neptune also marks a return, to Livingston’s origins in the east coast underground hip-hop and soul scene, which lead to collaborations with The Roots (“Guns Are Drawn” and “Sleep”) and Icebird partner and frequent-collaborator RJD2 (“Crumbs Off The Table”), and later Portugal. the Man (“Woodstock”).

With these DIY bedroom productions, many made with a cassette 4-track and a MPC drum machine, Livingston honed and refined the unique sound he would later employ producing soul music legend Mavis Staples’ 2015 Your Good Fortune EP (including a GRAMMY Award-winning cover of “See That My Grave Is Kept Clean”) and writing and producing with blues soul singer Deva Mahal. The entirety of this timeline of artistic growth and influence forms the foundation of his latest release.

Noticeably confident from the opening note, Son Little prioritizes his signature rasp as the chief instrument of every song on a 12-track meditation on the mortal struggle to achieve inner peace. Doling out a pearl-strung collection of successive epiphanies he engages each of his re-invigorated parts, empowering them to finally speak freely, with him as the vessel.

“Think of them as my inner R&B Boy Band, son little,” Livingston explained. “A different version of me takes lead on each song.”

Beginning with the opening track, Son Little lets loose in this expansive creative landscape. "drummer" is a chronicle of the artistic struggle punctuated by the expert timing of master percussionist Aaron Draper, Livingston’s inner critic delivers a spirited ode to the rigors and value of creative work.

The anxious worrisome part, the part that sets the alarm because you stayed up all night worrying about sleeping through the alarm, describes the ongoing effort to repair a fraught relationship with sleep on "6 AM."

And a once overly macho part finds power in vulnerability: "inside out” places balance and directness over possessiveness and toxicity with a groove inspired by both RZA and Prince, while "deeper" alludes to Son Little's long-standing desire to understand the human experience beyond mortality, someplace closer to the essence of the divine.

On the title track, Livingston’s voice does the heavy lifting – supported again by Draper’s percussion – and delivers the playful lyrics he attributes to his youngest and most wildly imaginative part,Neptune. Neptune is also responsible for “stoned love” which finds him cooing stoner wordplay flanked by the otherworldly synth work of Deshawn ‘Dvibes’ Alexander.

The lustful album closer “what’s good” practically oozes joy as a once angry, impatient part of him imagines reuniting with a would-be lover after a very long absence. This song demonstrates a depth of emotion with slick pop melodies and spare guitar to stomping gospel organ and brash arpeggios that scratch the psych-rock itch.

Like Neptune establishes Son Little as the polyglot translator and rightful torchbearer of the celebrated musical tradition known as rhythm and blues. Continuing to revolutionize the modern understanding and expectation of the R&B sound, Son Little delivers an unadulterated transmission of Black American music performed in its praying and pleading mother tongue. With it, he completes the daunting tasks of confronting himself and pushing his sound to completion. The result is a timeless body of work reflective of his deep internal desire to inhabit the most radiant version of himself and become a positive force in the lives of people around him. It’s been a long time coming, so what’s good? 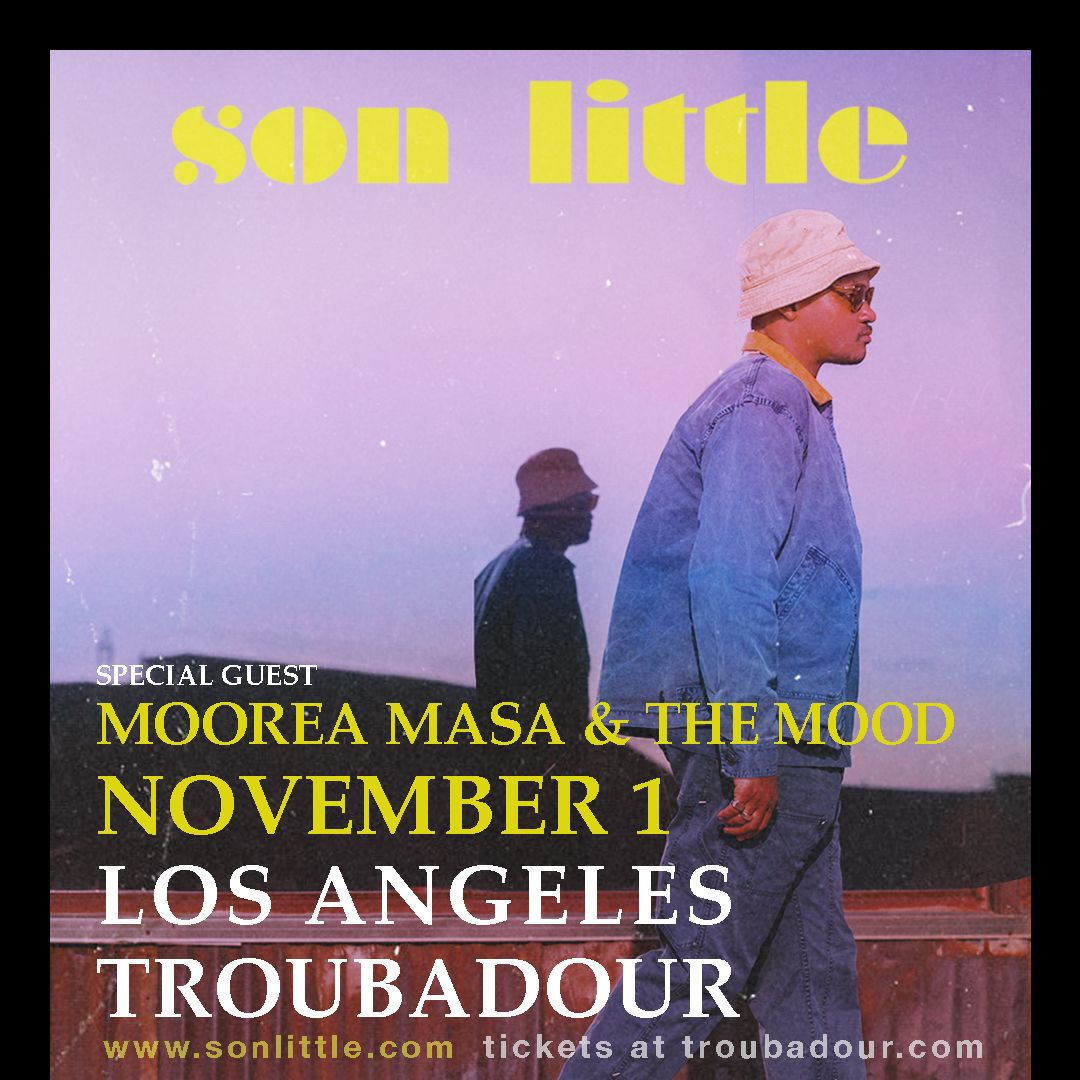