“We’re a band that writes, records, and plays like the pioneers of rock before us. We aren’t looking to bring anything back, but instead to remind people what rock n roll means. No rules. This musicrepresents what we believe is real, raw music. No click tracks and triggers or copy and paste bullshit. Just a bunch of hippies in a room.”South of Eden (formerly Black Coffee) are: Ehab Omran [lead vocals, acoustic guitar], Justin Young [lead guitar, vocals], Tom McCullough [drums], and Nick Fratianne[bass]. The Columbus, OH quartet have already performedalongside everyone from the Foo Fighters to System of a Down, and invite you to join them on their journey of looking at rock ‘n’ roll through a modern lens. “We want to open up the doors for rock in the modern era,” exclaims Ehab. “We want to sound the way we hear rock in our heads—vintage with a sprinkle of today. We try to give listeners the feeling of discovering the genre for the first time. We think now is the moment to be a rock band.”The band has already paid their dues to reach this point. Growing up in Columbus, OHthe band formed by combining their passionsand uniting overtheir love of music. Originally from the country of Jordan, Ehab primarily listened to the Arabic music his parents would play,in additionto superstars like Michael Jackson, Phil Collins, and James Brown. After coming to America,he was introduced to a wider range of musicthat inspired him: eighties and nineties rockincluding Guns N’Roses and notably Queen. Just like Freddie Mercury’s parents, Ehab’s parentsdidn’t agree that a life in rock ‘n’ roll was the best thing for their son. However, as he mettherest of the band,his dream became a life affirming reality. Ehaband Nick performed together in various bands (channeling Iron Maiden,Red Hot Chili Peppers,and Alice In Chains) and eventually joined Justin and Tom who had been working on their own band (influenced by Van Halen and Black Sabbath). Justin, who was at the time attending Berklee College of Music, describes first writing with Ehab and noted “The first jam was crazy. He came over with Tom and just listened for a while. We had the riffs to songs, and he just immediately started singing. Here I hadgone tomusic collegeto find people I could mesh with stylistically, only to come back home and find that my best friend and a singer that I had already known about were all I needed!” This newfounddiscovery lead to a fast-pacedevolution.As Tom noted,“We didn’t have a bass player, bass amp or a bass! Ehab wrote most of the bass lines on guitar and we grooved so well. We were a band for like a week before we had booked our first show two weeks out. We ended up borrowing equipment and we became a band.” As they continued to tour, they crossed paths and shared bills with Puddle of Mudd, Red Sun Rising and recently graced themain stage of Sonic Temple and Epicenter in 2019. Thatvery same year Jason Flom caught wind of the band and signed them to Lava Records. When it came to recording, they honor the methods of those who come before them and “tape in a vintage way, with no click track, pitch correction, copy-paste, or any of that nonsense.” The musicians headed to Los Angeles to record with legendary GRAMMY® Award-winning producer Greg Wells [Adele Twenty One Pilots, Deftones]. “When I first heard the band, it had its own original identity,” explains Greg. “That was something I had waited years to find. I emailed them back saying, ‘I want to be your Mutt Lang’.”Ehab notes “It’s a mixture of a lot of things. We’re ‘classically rock’ influenced, but listen to so many different genresand eras that there are a lot of different feelings in our music.”On the lead single Ehab describes “We knew we wanted our first release to showcase our personalities, both in the music and the visual. “‘Dancing With Fire’ is just that; personality. It’s a song about conflict, and to us that conflict is being abunch of twenty-two-year-olds attempting to make it as a rock band in unprecedented times. We’re excited to see how people interpret the song into their own lives.” “When you hear us, I want you to walk away thinking, ‘That was honest and different’,” Ehab leaves off. “We’re just doing what we do. We’re proof you can do anything you want and shouldn’t compromise your dreams. 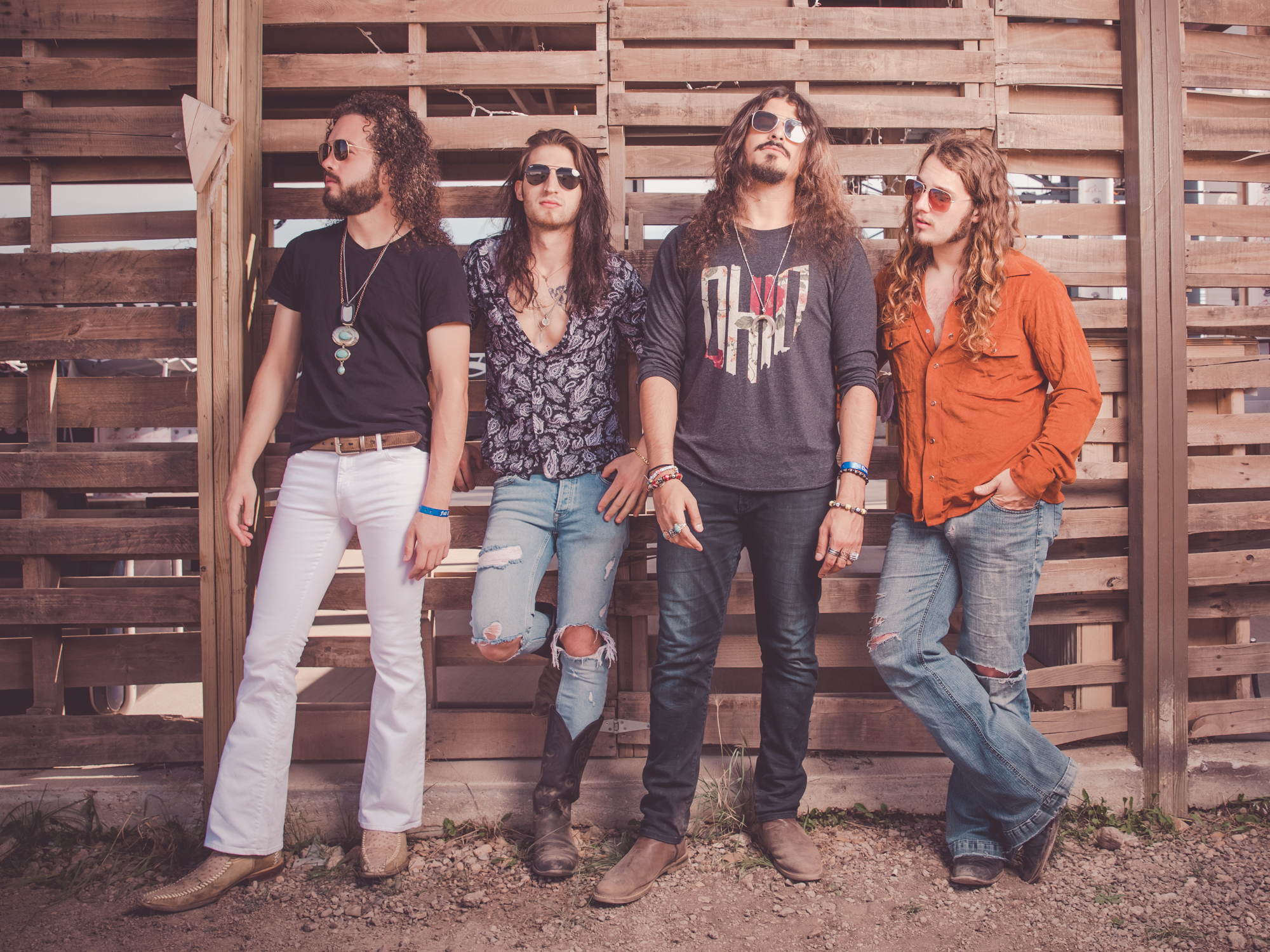