THIS SHOW IS SOLD OUT

As much as punk suggests a sound, it really embodies an attitude. Sporting signature spectacles under a loose mane of wild long hair, Sueco practically drips attitude. The gold-certified Los Angeles-based singer, producer, and multi-instrumentalist channels the spirit of nineties pop-punk through a 21st century lens, tapping into the unpredictability of hyperpop, the catharsis of hardcore, and a whole lot of hip-hop finesse. After generating nearly 1 billion streams and receiving praise from the likes of Rolling Stone, NYLON, Alternative Press, Billboard and OnesToWatch, he does the most punk thing of all and encourages everyone to sing and scream along to his 2022 second full-length album, It Was Fun While It Lasted [Atlantic Records].

"I started writing songs, because I needed to know how I felt," he explains. "However, I pursued music as a career in order to help people similar to how my favorite artists had always helped me."

Growing up in Pasadena, Sueco experienced music for the first time in the church where his dad served as choir director, played guitar, and sang. After receiving Rock Band one Christmas, he crushed expert level at 100% on the drums and soon found himself behind the kit at church. He drummed in jazz band and held down center snare in marching band at school. Green Day's American Idiot opened up the floodgates of inspiration as he caught A Day To Remember in concert any chance possible. At 14-years-old, he wrote tunes of his own on guitar. Residing in a primarily Spanish-speaking neighborhood, he received the name "Sueco" (meaning "Swedish" in Spanish) in deference to his heritage. Around the same time, his mom passed away from breast cancer. "I was really fucked up from molly afterwards," he sighs. "It was a hard thing to get through growing up."

Under the influence of DJ Mustard during college, he downloaded Reason and began cooking up beats on his own. Eventually, he started to rap over them in between sharing original rock compositions on Soundcloud.

"I did a lot of the rap stuff for fun," he explains. "I was fucking around in the studio, but I was still making punk-inspired tracks the whole time. It just so happened my rap songs blew up first."

His debut single "Fast" blew up in a big way during 2019. It captured #1 on TikTok, #1 on Spotify's Viral 50 -- Global, and #1 on the Viral 50 -- US, reached gold status, and attracted Offset and A Boogie Wit Da Hoodie for its high-powered Official Remix. On the heels of his first full-length project MISCREANT, he teamed up with Ty Dolla $ign, Wiz Khalifa, and Lil Yachty for "Speed Of Life," Papa Roach on "Swerve" [feat. FEVER 333 & Sueco], and Illenium on "Story Of My Life" [feat. Sueco & Trippie Redd].

Along the way, he assembled what would become It Was Fun While It Lasted with producers and cowriters such as John Feldmann [Machine Gun Kelly, Avril Lavigne, Jxdn, 5SOS] and Colin "DOC" Brittain [5SOS, Papa Roach]. He paved the way for the album with "PRIMADONA," "SOS" [feat. Travis Barker], "Sober/Hungover" [feat. Arizona Zervas], and "Paralyzed." Spotify's "New Music Friday" plugged the latter, and it marked his first entry on Billboard and Rolling Stone charts, tallying 56 million Spotify streams. 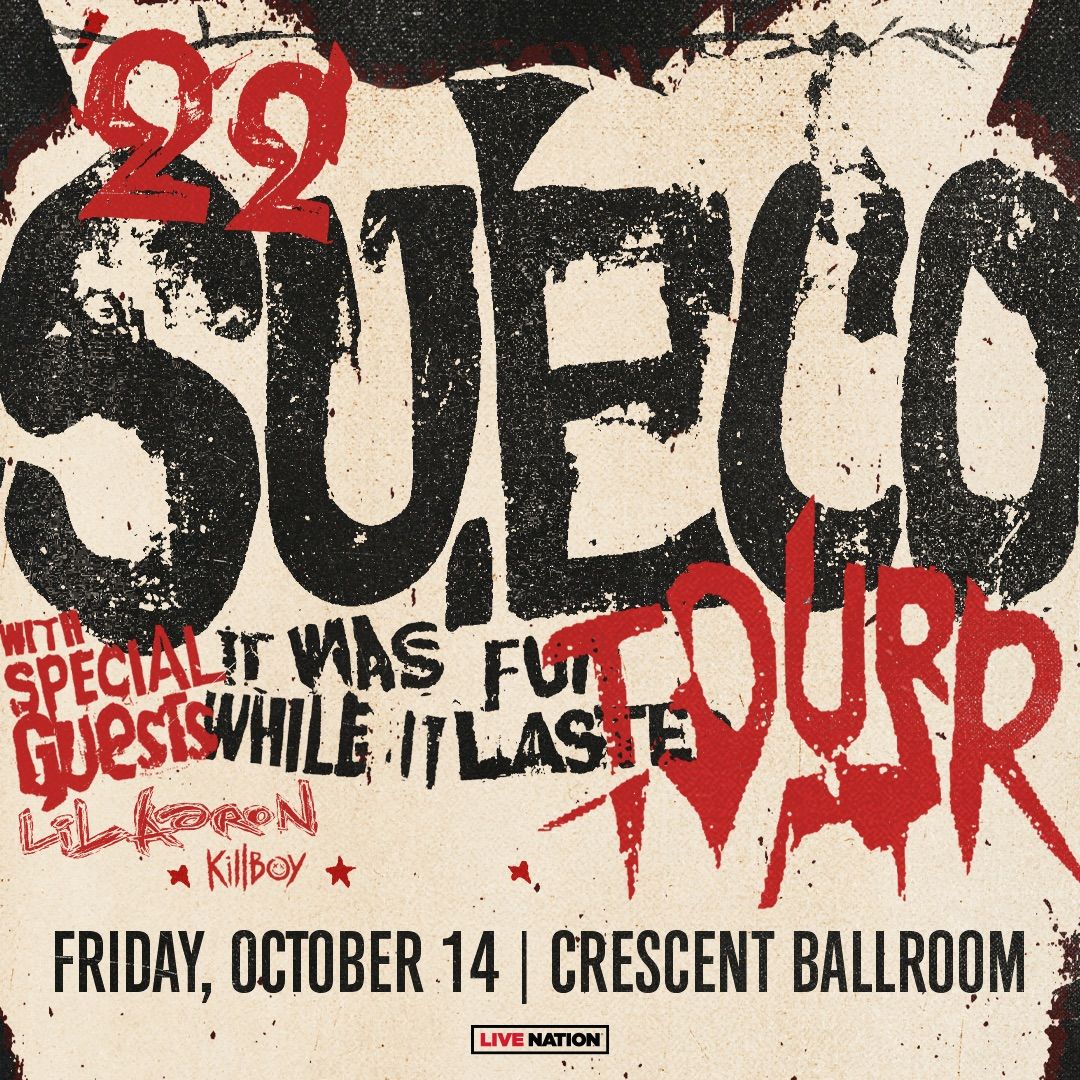