Texas based recording artist Summer Dean is as authentic as they come. With music rooted in southern storytelling and clever wit, Summer charms the faded jeans off any audience. Armed with contagious confidence on one hip and badass sensibility on the other, Summer struts onto a stage and puts on a helluva show. Her songs, performances, and hardwork are marking her as a talent for whom it’s not a question of “if,” but “when.”
Her sophomore project and critically acclaimed latest release, Bad Romantic, in August 2021, hosts an impressive posse of guest appearances including Whitney Rose, Brennen Leigh, Rober Elis, and a co-write and duet with Colter Wall as the centerpiece. Summer tours nationally and has warmed the stage for many of country music’s favorites; Mike and the Moonpies, Marty Stuart, Asleep at the Wheel, Dale Watson, Nikki Lane, Jesse Daniel, and Charley Crockett. 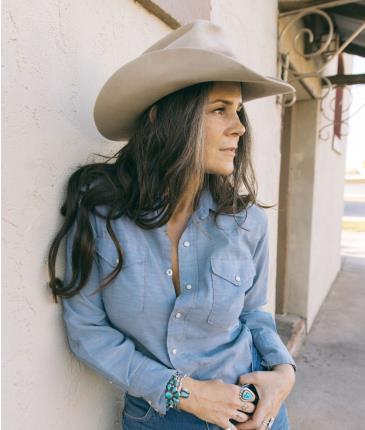