All attendees must be vaccinated against COVID-19 and provide proof of vaccination [either the original, or a digital printed copy of the vaccination card] OR have received a negative COVID-19 diagnostic test within 72-hours before entry to the facility and provide printed proof of a negative result prior to entering the venue.

When the first Superorganism music was uploaded in 2017, the reaction was anything but tepid. The group’s in-your-face aesthetic — a post-everything mishmash of psychedelic indie pop and fizzy, funky electronica — quickly began to resonate; inaugural track “Something For Your M.I.N.D.” was co-signed by Frank Ocean less than a month after it popped up on Soundcloud. Early buzz sent the message board rumor mill into hyperdrive, inciting speculation that Superorganism was the conceptual-pop project of an older rock band, or maybe a virtual avatar for some big-name celebrity. Some online skeptics wondered if frontman Orono — the Japanese singer-songwriter who linked with the internationally-based collective’s other members via the internet while matriculating at a New England high school — even existed at all.

By the time their self-titled LP dropped in 2018, though, the consensus was that Superorganism was a real band, comprised of real musicians, with a real knack for crafting idiosyncratic sing-a-longs that feel simultaneously colossal and homemade. In the four years since their debut, Superorganism has toured the globe, interacted face-to-face with several of their musical heroes, and appeared as themselves in an episode of the surreal superhero series Legion. They also wrote and recorded World Wide Pop, a brand new full-length album, which finds the group (whose current lineup includes Orono, Harry, Tucan, B, and Soul) doubling-down on the collage-like maximalism that made their early efforts so transportive. But World Wide Pop also sees Superorganism pushing their fixations to new extremes, both sonically and emotionally.

While their first album was completed before the whole band had ever been in the same room at the same time, the World Wide Pop sessions spilled into the physical realm. The earliest sketch of explosive opener “Black Hole Baby” was born from a mid-tour jam session, and the finished track — which interpolates the Welcome Back, Kotter theme song and samples several real-life radio shoutouts, including one from Sir Elton John — lands somewhere between the meta prologue of a cyborgian rock opera and a hard-earned victory lap. “Leave some tips in my crib feels so good to be this big,” sing-speaks Orono, her trademark deadpan communicating a mix of puffed-chest pride and genuine disbelief about everything that’s happened since she recorded the “Something For Your M.I.N.D.” vocals on a laptop in her high school dorm room. The song is an apt introduction to the way World Wide Pop strikes a balance between artifice and earnesty, between sci-fi silliness and existential intensity.

World Wide Pop is a showcase for Superorganism’s newly deepened understanding of each other’s interests and impulses, the kind of creative convergence you’d expect when online friends start spending time together IRL. This synchronicity extended to collaborators too, including veteran producer Stuart Price (Madonna, The Killers), who Superorganism tapped to help them achieve the IMAX-sized sheen that their bedroom recordings have always aspired to. The resulting palette melds millennium-era synth schmaltz with glitchy wild-eyed weirdness, a textural upgrade that never betrays Superorganism’s signature playfulness. This growth sounds straight-up life-affirming in “On and On,” a blissed-out earworm with multi-tracked vocals and a hooky pan-flute synth melody.

Other World Wide Pop collaborators include close friends and former tour mates CHAI and Pi Ja Ma, both of whom appear on the record’s action-packed first single, “Teenager.” The album includes additional contributions from Orono’s longtime idol Stephen Malkmus, who agreed to lend his laid-back voice to World Wide Pop after vibing with the band over lunch in London. He

trades verses with the UK rapper Dylan Cartlidge on “It’s Raining,” then shows up again on the alt-rock-channeling “Into The Sun,” a song that also reteams Superorganism with J-Pop superstar Gen Hoshino (the band was featured on the title track off Hoshino’s Same Thing EP in 2019). The fact that all of these artists were easily able to enter the World Wide Pop universe is a testament to the Superorganism ethos, which prioritizes curiosity, connectedness, and pleasure-seeking experimentation over just about everything else.

Much of World Wide Pop seems to inhabit a futuristic zone, unfurling like a meticulously sequenced playlist for an interplanetary rager on the eve of an apocalypse. But the album’s motifs about technology-induced anxiety and the importance of friendship couldn’t feel more immediate. While the majority of the songs were written before the pandemic, lyrics that grapple with the euphoric highs and lonely lows of being a touring band in the 21st century develop an ominously universal quality in light of recent history. It’s become routine to fret about your place in the world, to feel isolated, to worry about the survival of the things you care for most. On the neon-hued penultimate track, gang vocals deliver a climactic-feeling mantra: “Don't let the colony collapse, no Cause we'll never get it back.”

According to Orono, one of her lyrical preoccupations this time around was the idea of manifestation, a kind of go-for-broke optimism that feels particularly resonant in an era when it can feel difficult to find things to look forward to. “Thinking I want this and I'm gonna get it does something in your brain — you unconsciously start making decisions to help you get whatever it is that you want,” Orono explains. “There's something very powerful about that. It's kind of like magic, but real.” It’s a fitting concept for World Wide Pop, a jam-packed party album by artists who understand that it’s not important how far you travel, or whether you take a tour bus or a spaceship to get there. The real magic is in the human connections you make along the way. 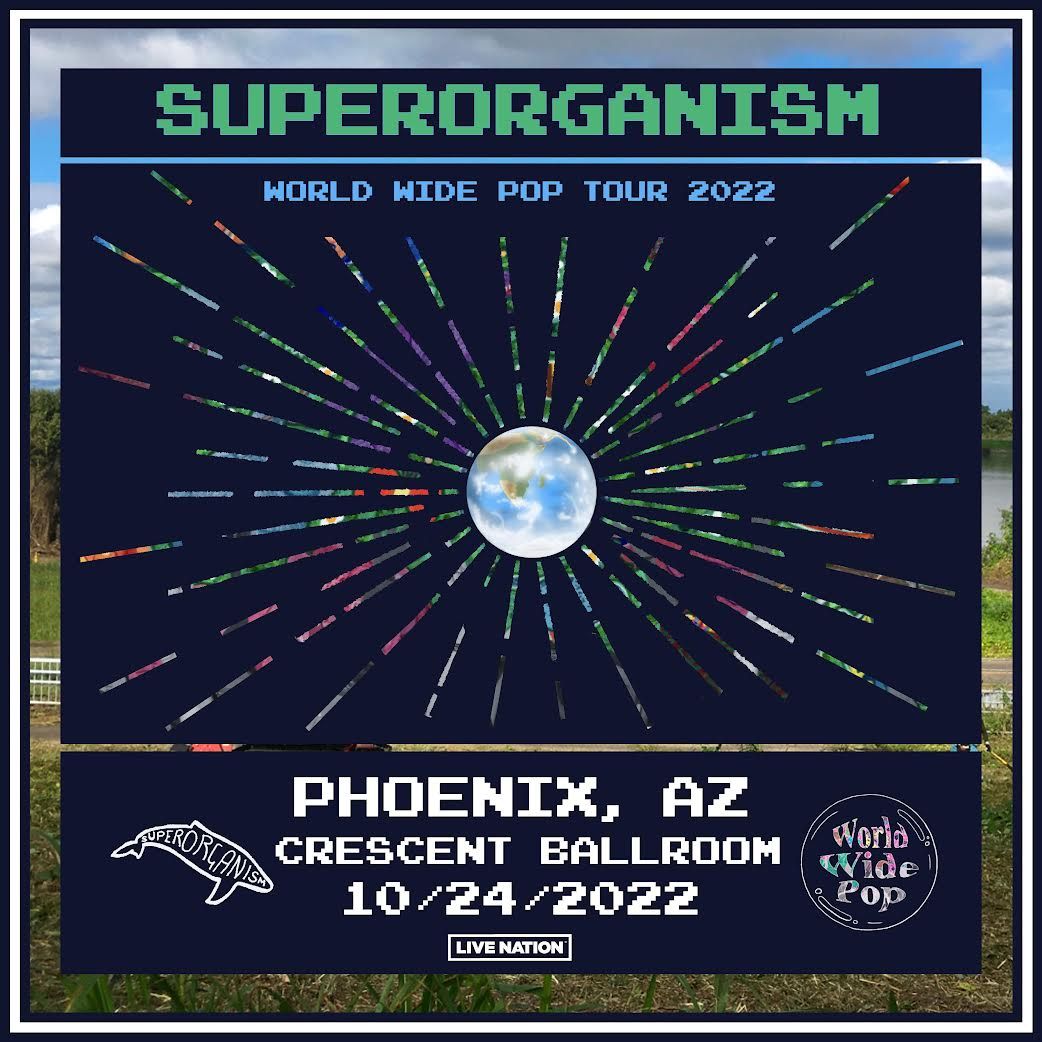