The Switters Hitters is an all-star band with the most in-demand musicians on the Jazz, Funk and Hip-Hop scene. The band features  Robert“Sput” Searight (Ghost-Note, Kendrick Lamar) on drums/keys, Nigel Hall (Lettuce) on vocals/keys/bass, Nate Werth (Snarky Puppy, Ghost-Note) on percussion, and Wil Blades on keys/drums/bass. The band of multi-instrumentalists started as a means for the four members to get together, play tunes they love, and have fun switching around on different instruments. The impromptu vibe of the band keeps things loose and fun for both the band and audiences.

Grammy Award Winner Robert "Sput" Searight is a graduate of Booker T. Washington High School for the Performing & Visual Arts and has worked in the music business professionally for over 15 years. He has worked with some of the best artists in the industry including Celine Dion, Bob Carlisle , Kirk Franklin, Snoop Dogg, Erykah Badu, & Justin Timberlake, Jo Jo, Diddy Dirty Money, Snarky Puppy ,Dogg Pound Gangsters, Charlie Wilson,Teddy Riley(GUY), and Rapheal Saadig.... His talents has landed him various awards such as a Grammy, Soul Train Award, NAACP Image Award and Dove Award, to name a few.

Soul provider Nigel Hall is in many ways an artist who needs no introduction. An in-demand sideman, he’s built a mighty foundation of funk over the years onstage and in the studio with collaborators including the Warren Haynes Band, Jon Cleary, Soulive, Oteil Burbridge and Roosevelt Collier, Ledisi, the Soul Rebels, Lettuce and countless others. Legions of fans are already well in the know about Hall’s copious keyboard chops and powerful vocal style.

Grammy-award winning musician, Nate Werth, is one of today's most innovative and versatile percussionists.  Hailing from Dyer, Indiana, his approach to diverse musical styles, as well as an inventive use of traditional and non-traditional percussion, defines his unique sound. Nate has been actively recording and touring world wide for the past decade, working with internationally acclaimed artists such as Snarky Puppy, Screaming Headless Torsos, David Crosby, Q-Tip, Lalah Hathaway, Susana Baca, The Lee Boys, Turkuaz, Myron Butler and Levi, Jamison Ross, and The Metropole Orchestra.

*STEVIE REDSTONE*
Born and raised in Los Angeles, California, Stevie Redstoneis a singer, songwriter and multi-instrumentalist. Combining musical influencesas diverse as The Beatles, Allman Bros, Phish and the legends of Motown / Stax,Stevie’s music is a refreshing combination of pop-rock, soul, funk, and blues,filled with melody, mood, energy, and honesty.

Originally cutting his teeth in the band “Redstone Hall”who’s first E.P. was produced by famed Nashville producer Dave Cobb, Steviewent solo releasing his single “Good Time Go So Fast” in 2015 to criticalacclaim. His love affair with the live show is obvious and his unmatched energyis not only evident, but nothing short of captivating. There’s a reasonRedstone has had the honor of opening for legends such as The Who, RobertPlant, and Dave Grohl; it’s the same reason why Redstone's loyal following isswelling and his recent L.A. shows have been packed to ‘sweaty capacity.’

In 2017 Stevie began working on his new album “Colors” withNic Jodo in at the world famous Valentine Recording Studios in Los Angeles, CA.The result is an album that is palpably organic, real, and performance driven –his favorite type of music. 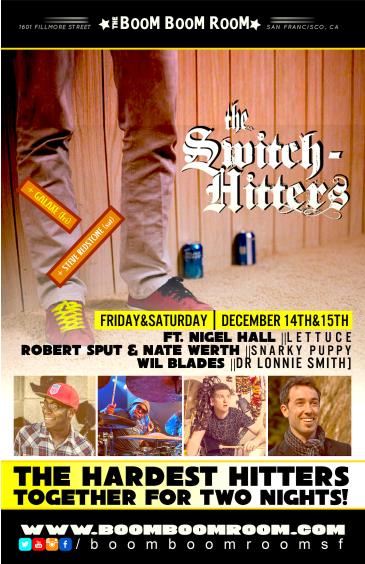