20-year-old Marin County-born and Los Angeles-based singer, songwriter, and multi-instrumentalist Arden Jones bottles the sunshine of an endless California summer into elastic rhymes, radiant hooks, and euphoric piano-laced beats. He curates the vibes of his home state into an idyllic and infectious style of his own meant to uplift. Despite initially preferring to skate and surf, he took piano lessons for years before teaching himself bass, stand-up bass, mandolin, drums, and finally guitar at 15-years-old. He discovered Prince, Michael Jackson, 50 Cent, Bright Eyes, Conor Oberst, and The Avett Brothers through his parents before finding J. Cole, Kendrick Lamar, and Mac Miller on the internet. Inspired by this expansive sonic palette, he started to upload songs to Soundcloud in ninth grade, writing and recording on GarageBand at a prolific pace. At the end of 2020, he posted "Parallel Parking" on TikTok. It caught the attention of vnclm_ and eventually popped off. Initial TikTok success translated to 7.7 million Spotify streams and critical acclaim. https://www.youtube.com/c/ArdenJones 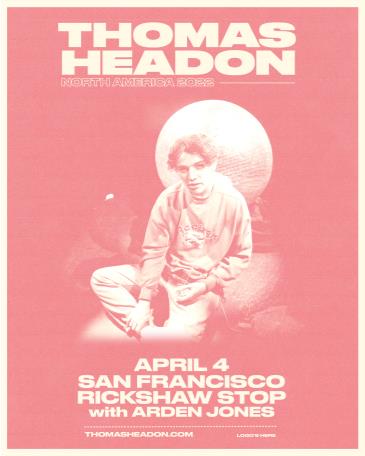