With a career spanning more than forty years, two-time Grammy nominee and sonic innovator, Tim Reynolds is best known for his seemingly effortless guitar virtuosity, his masterful command of melody and timing, and for his uncanny ability to improvise on any instrument he touches. Having explored almost every musical style, from rock, jazz, and blues to classical and reggae, Tim’s wide-ranging talent is evident each time he picks up his acoustic or electric guitar. Technically brilliant, yet emotionally honest, Reynolds’ music is inspired, authentic, and unparalleled.

During the mid-1980s, Reynolds founded his breakthrough electric power trio, TR3, known for their fusion of funk, rock, and jazz. He toured extensively with TR3, using a rotating cast of musicians during the 1980s and 1990s. It was also at this time that he met and befriended Dave Matthews and their ongoing musical collaboration began. However, Tim always stayed true to his first love – the acoustic guitar. He spent the 1990s and 2000s as a road warrior – an acoustic guitar wizard playing to sold-out crowds who quickly determined that Reynolds was one of the most talented and thoughtful musicians on the circuit. From the widely-acclaimed Stream to his most recent solo masterpiece, That Way (2017), Tim’s acoustic prowess and his genius for improvisation continue to burn hot.

In 2007, after a chance meeting with two talented musicians, bassist Mick Vaughn and drummer Dan Martier, a few rehearsals later, and several stealth appearances throughout North Carolina, Tim resurrected the electric TR3 to widespread delight. TR3 continues to tour and release critically-acclaimed live and studio albums, including their most recent opus, The Sea Versus the Mountain (2019).

Although the pandemic halted Tim’s busy schedule as lead guitarist for the Dave Matthews Band in 2020, it gave him the gift of time and space to create new music, explore new technology, dig deep into his vault, and reconnect and collaborate with old friends. He released his first digital download, the ethereal Venus Transit (July 2020) along with a goldmine of mostly original music videos on his YouTube channel, including a few covers such as his interpretation of Bach's Cello Suite in G and Peter Gabriel’s “In Your Eyes.” Tim had a great time collaborating with his long-time friend and fellow musician, Mike Sokolowski, on the album, Soul Pilgrimage (August 2021, Breezeway Records). Tim’s excited to get back on the road doing what he loves – from surprising fans nationwide with his rare solo performances, melting faces with TR3, and touring with DMB. According to Tim, “It’s all good when I have my guitars by my side.”

“Kristen Rae Bowden has the richness of style to carry a meaningful song like this. She has an inherent feel for the profound in all three: her lyrics, and the nuance of her vocals and playing.”

The right kind of friction creates glorious sparks. Coursing within the heart and mind of singer-songwriter Kristen Rae Bowden is a beautiful turmoil of tenderness and willfullness. It’s a paradoxical sentiment also evident in her artistic sensibilities.

Kristen’s music exhibits a bold vulnerability. She’s a confessional storyteller with a theatrical flair who draws from a wide swatch of influences. Select wellsprings of inspiration include classic rock like Led Zeppelin and Fleetwood Mac, experimental alt-rock such as Primus and Radiohead, classic singer-songwriters like Joni Mitchell and John Prine, and the iconic musical theater composer Stephen Sondheim.

The catharsis in her music is physically evident in her piano playing, and her emotive and dynamic vocals. Kristen plays the piano like she’s mad at it; her full body pulsates with rhythm as she attacks the instrument. Her vocals sweep upward from richly expressive lower-register belting to a soaring angelic soprano. Her phrasing swaggers with mama lion toughness, playful sass, and sweet sincerity.

Home was the optimum place for Kristen to nurture her nascent talents. Her father was a charismatic musician, and his infectious love for music made an indelible impact on Kristen and her siblings, many of whom today are professional musicians.

In 2019, following the release of her debut, Language and Mirrors, Kristen teamed up with guitarist Joe Lawlor (Egypt, Dave Matthews Band), bassist Dane Alderson (Yellowjackets), and drummer Nate Brown (Everything) to begin work on her sophomore record.

Joe was born into a creative family from the Washington DC area. He began playing guitar at age 10 and instantly knew he had found his calling. Joe’s progress was unbridled and after high school, he attended the prestigious Berklee College of Music.

As a founding member of several progressive funk and rock bands, including the Washington DC based band Egypt, Joe’s notoriety grew as exponentially as his guitar playing bloomed. He quickly became a sought after session guitarist and has added his signature style to countless recordings. Joe’s influences range from guitar heros like Jimi Hendrix and Jeff Beck, to delta slide blues and the creole/second line stomp of New Orleans.

At the core, Joe Lawlor is a master of American guitar styles, but his embrace of the ethnic modes found in Sitar, and Qawwali music, give him his unique sound. No stranger to R&B, Funk, Blues, Metal and Hip Hop, Joe combines the right mix of all his musical influences to hit the mark, every time. For the past 14 years Joe has traveled the globe with the Dave Matthews band as part of their audio crew specifically working as their live recording engineer and archivist. 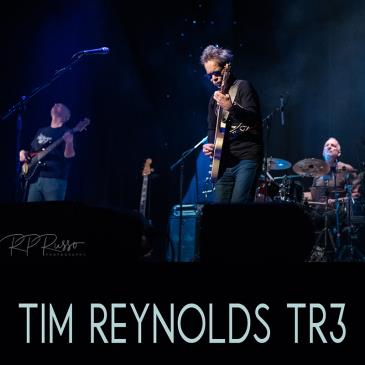