Tall Heights have relentlessly built a career from the ground up. Starting as buskers on the streets of Boston and now performing in packed venues across North America, Europe, and beyond, the duo has distilled their sound in an organic and unselfconscious way. The unmistakable DNA of their music draws on many elements, but the blend of their two distinct voices, in both harmony and unison, is what elevates it and separates it from the pack.

Hailing from the Boston area, Paul Wright and Tim Harrington met each other in their hometown of Sturbridge through Tim’s older brother. The friendship blossomed in high school when they both took up the guitar and began working on music together. It didn’t take long for them to see the potential hidden in these casual jam sessions. As Paul recalls, “Tim transformed from kid brother to musical collaborator over the course of a summer.”

Tall Heights is now set to release two highly-anticipated singles, ‘Keeps MeLight’ and ‘Under Your Skin’, both mixed by Grammy-nominated engineer DamienLewis. Following on the success of their viral single ‘Spirit Cold’, this new material captures a similar authentic and meaningful energy, but also shows aside we have not yet seen of the pair. The self-produced project, recorded in their simple home studio, captures that raw moment between albums, delivering some of their most honest and heartfelt work to date. Written and recorded in a reflective lull between hectic periods of touring, the new tracks reaffirm Tall Heights’ commitment to a singular sound and an equally rare friendship.

Combining Paul’s lifetime of classical training, Harrington’s spontaneous artistic instincts, and the prismatic union of their unique voices, TallHeights’ sonic imprint is in a category all its own.

Tall Heights’ recordings have amassed over 275 million streams. They regularly serve as Ben Folds’ backing band, and have toured alongside CAKE, Judah &the Lion, Colony House, and The Paper Kites. They’ve also performed on both Conan in 2016 and CBS Saturday Morning in 2018. ‘Under Your Skin’ and ‘Keeps MeLight’ are due for release fall 2019.

As a singer, songwriter, and activist, Victoria Canal’s voice powers a growing discography of alternative pop anthems as well as myriad of social causes. Since her emergence in 2015, the songstress has quietly impacted both culture and music, chronicled by CNN Español in a one-hour special entitled Proyecto ser Humano. She would also be tapped by Michael Franti for a marathon of touring, enlisted by Nike as a rep and model for the FlyEase Air Jordan 1 designed for adaptive athletes, and streamed more than 10 million times to date.
Born in Munich, Canal’s international upbringing positioned her to speak on a global platform. A proud “third culture kid,” she lived everywhere from Shanghai, Tokyo, Amsterdam, London, and Dubai to Atlanta, New York, and Forth Worth. In Atlanta, she developed a creative partnership with legendary vocal coach Jan Smith [Drake, Usher], who produced Canal’s Into The Pull EP in 2016. The partnership later yielded “City Shoes,” which amassed 7.5 million Spotify streams as of 2019. At the end of her second semester at New York University, Michael Franti serendipitously invited her on tour via Instagram message. She went on to grace hallowed stages such as Red Rocks Amphitheater, the Apollo, and The Kennedy Center in addition to supporting Lawrence, Emily King, and Mac Ayres, among others.
Impressively, she managed to do all of this having been born with one arm as a result of Amniotic Band Syndrome. The LGBTQ, Spanish-American, and differently-abled songstress draws on an impassioned positivity. Teaming up with collaborator Martin Luke Brown, her forthcoming 2020 EP emanates boundless confidence with her inspiring take on pop music, beginning with the lead single “Drama”. 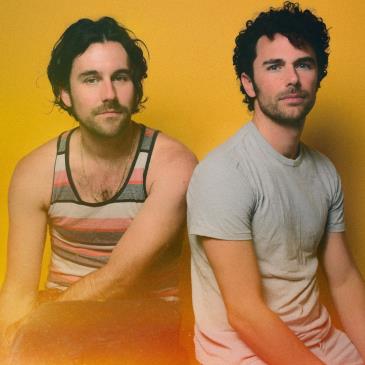