﻿Let’s be honest. Teenage Bottlerocket has always been rad. Formed in Wyoming in 2000, they were rad when they released their debut album, Another Way, in 2003 and almost two decades – as the title of this eighth studio album suggests – they remain just as rad. Following on from 2017’s Stealing The Covers – which, funnily enough, was a record of cover versions ­– these 14 short, snappy and stylish punk songs are centered around the songwriting chops of guitarists/vocalists Ray Carlisle and Kody Templeman (who also fronts The Lillingtons) and overflow with Teenage Bottlerocket’s typical mix of humor and poignancy, silliness and melancholy.  But it’s also the first album of original material that the band – completed by bassist Miguel Chen and drummer Darren Chewka – made following the death of former drummer and Ray’s twin brother Brandon in 2015. “I'm definitely proud of it,” says Ray. “It's cool how we all came together through something so tragic and made one of our best records. I think Brandon would really love it. Stealing The Covers really helped us get back on our feet and it was a cool in-between, but this record was something we wanted to make as excellent as possible.” “I think we all had him in the back of our minds while writing and recording it,” adds Kody. “I’d like to think that he would be happy with how it turned out.” Recorded at The Blasting Room in Fort Collins, Stay Rad! – which will be released on March 15 – was produced and mixed by longtime collaborator Andrew Berlin and mixed by Jason Livermore. And in keeping with its title, it finds the band channeling the same riotous energy it had at the start. Its members might be older now, some married and with kids, but when it comes to writing songs together as Teenage Bottlerocket, absolutely nothing has changed. “We’re doing what we’ve always done,” says Kody, “which is writing fun songs and having a good time. It doesn’t feel any different than it did when we started.” Not only that, but their infectious youthful enthusiasm has remained full and intact. “That’s just something we've always held on to,” says Ray. “I think it's pretty obvious whenever you see a band that looks like they've clocked in, like they're at their job right now. We've never really looked at it that way. There's always been a degree of excitement that's encapsulated us before we've gone onstage and it’s the same in the studio. We wanted to make something that our fans would love and we would love and Brandon would love, too.” While “I Never Knew”, which was written by Miguel, is the only song on the record about a girl – “That’s weird,” laughs Ray. “We must have grown up a little, because we don't write about girls as much and when we do think about them it's positive thoughts!” – it’s still a quintessential  Teenage Bottlerocket album. “Creature From The Black Metal Lagoon” charts the story of Norwegian black metal while also ripping on metal band du jour Deafheaven, “Night of The Knuckleheads” turns a Friday night out into a Misfits-esque horror story and “The First Time That I Did Acid Was The Last Time That I Did Acid” is an all-too-real cautionary tale about a bad trip. Elsewhere, “I Want To Kill Clint Carlin” is an affectionate yet homicidal ode to the band’s longtime roadie full of black humor, “Everything To Me” is Ray’s touching but hilarious tribute to his son, and “Stupid Song” is a not-so-stupid song about the drudgery of day-to-day life and using music to escape it. That song was written at the last minute, as was penultimate track “Little Kid”, a poignant ode that Ray wrote about his brother that charts the joys of their childhood together while also lamenting his loss.  Originally, Ray wanted to call this record The White Album – a nod to both The Beatles and Weezer – but when Kody remembered a phrase on the hat a former roadie would always wear, it just made sense. That’s because, like every Teenage Bottlerocket record, Stay Rad!  has a good mix of the silly and the sad, but the overriding sentiment is one that echoes its title. It’s a reminder that, despite all the things that can and often do go wrong, being alive is something that should be enjoyed and that there’s always some sort of hope for the future. “Life will throw its stones at you,” says Ray, “and sometimes it's hard to keep your head up and be yourself. I've always thought the most important thing was having something to look forward to. And right now, I’m looking forward to this record coming out and playing some shows and playing these songs live. That's always the important thing – the next thing on the horizon.” One of the next things on the horizon is a short tour of the US that starts at the end of March before they head to Europe in the second half of April. And as for their hopes for this record? Well, they’re both modest and ridiculous, down-to-earth and sky-high, hilarious and serious. But then, what else would you expect? “I hope that people check it out,” says Ray. “You're always going to have fans that are like ‘I stopped listening to them after Total or whatever, but there are some who stuck with us the whole way and I think they're going to love this record. I hope that everybody gives it a chance.” “I want to sell a bazillion copies and spend all the money on useless shit,” laughs Kody. “But really, we do this band because it’s fun and it’s what we’re good at. We’re all close friends and I couldn’t imagine why we would ever stop.”

﻿MakeWar is about a fight.  A fight against ignorance. And laziness. A fight against your inner demons. A fight to stay conscious. So you can have one more drink with your friends.  A fight to do what you want instead of what you’re suppose to. A fight that isn’t violent. Or full of hate. This fight is about knocking down what’s holding you back.  That’s why MakeWar sounds like letting go. It’s fighting depression by embracing aggression.  And embracing everyone around you who does the same. MakeWar is Jose, Greg and Edwin. Welcome to our fight. 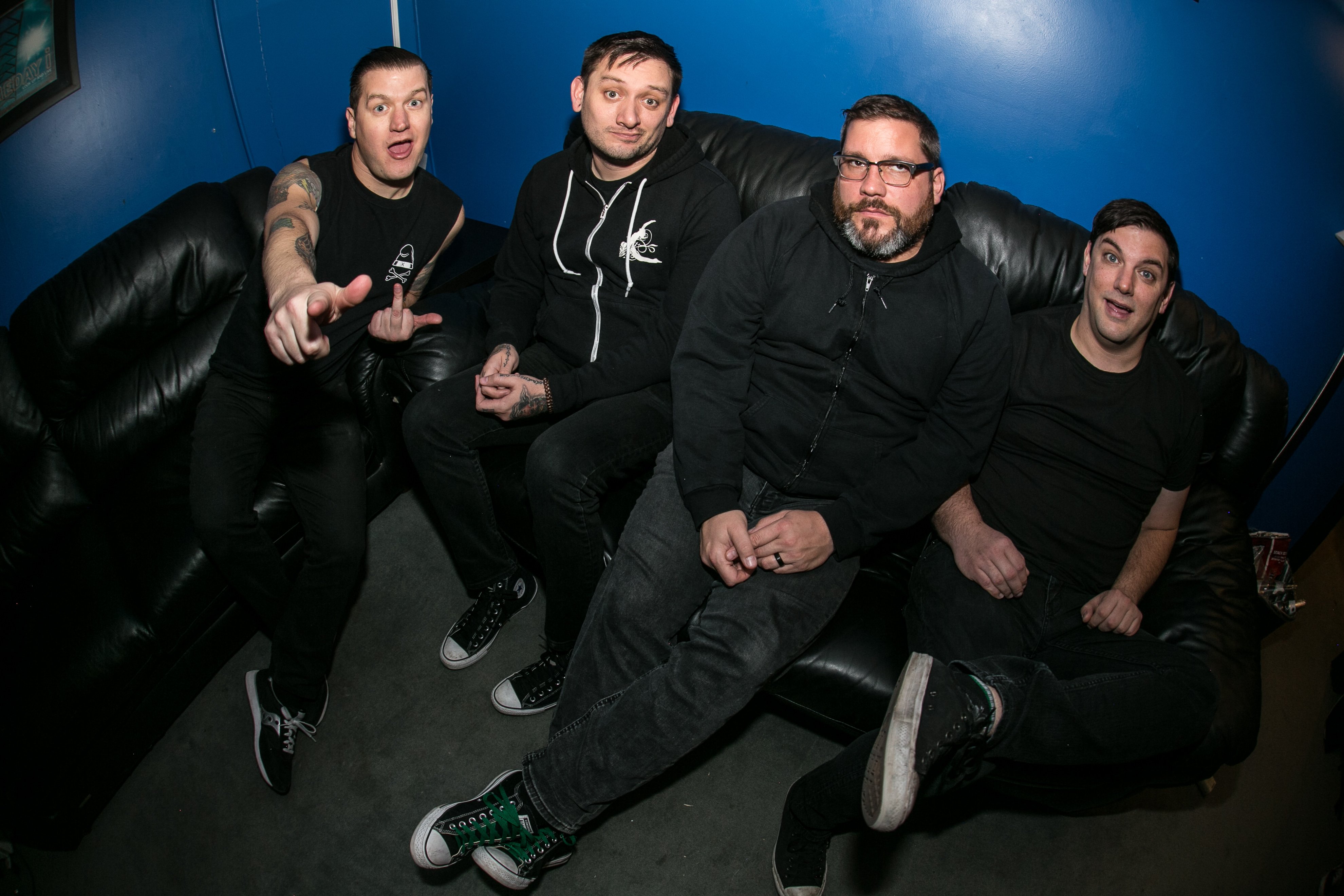