Canadian sisters, Tegan and Sara, began their career in 1998 with their debut album “Red Demo.” However, it wasn’t until after the release of their fourth album “So Jealous,” that they gained international attention. The album was nominated for the Juno Award for Alternative Album of the year in Canada, and includes one of their most popular songs “Walking With a Ghost.” They continued to gain mainstream attention after their album “The Con,” which features collaborations with Jason McGerr of Death Cab for Cutie and Matt Sharp from Weezer, was released in 2007. After releasing several more albums, the pair released their seventh album “Heartthrob” and later released the album’s first single “Closer” which soared to No. 3 on Billboard’s Top 200 chart. Their most recent album “Love You To Death” and the lead single “Boyfriend” were released in June 2016. 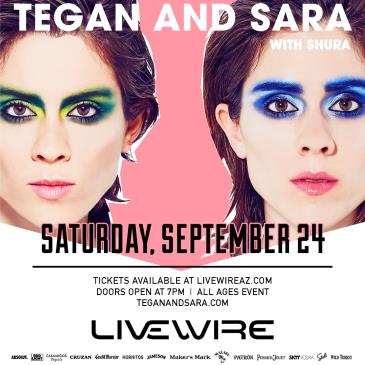