Tejon Street Corner Thieves
Website | Spotify | Instagram
Outlaw Alt-Folk group Tejon Street Corner Thieves hails from the Rocky Mountains of Colorado, bringing new energy to the Bluegrass genre by mingling darker subjects and tones with depth-driven lyricism and performative musicianship. The musicians behind Tejon have been playing together since 2013, where they gained momentum in the local Colorado scene with accolades and press coverage around the state, spanning from Colorado Springs’ Colorado Springs Gazette to Denver’s 303 Magazine. The band eventually caught the eye of Banjo-attacking murder folk troubadour Amigo The Devil and signed to his recently-launched record label Liars Club. 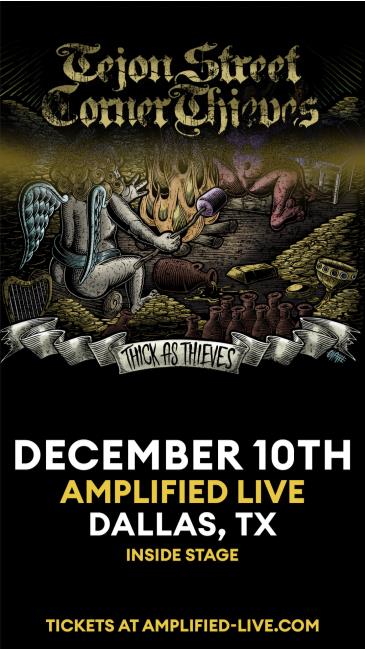