Processing...
Tickets
Tickets will be available at the door for $17

Born in the fertile breeding grounds of the mountains of Colorado, Tenth Mountain Division is continuing the musical legacy set down by their forefathers in Colorado. Like those that came before, Tenth Mountain Division is pushing the sound found in the mountains into bold, new directions with their exploratory take on Americana that dips freely in the well of all their diverse influences, classic Southern Rock, the progressive bluegrass that was born in their backyard in Colorado, the adventurous spirit of sixties psychedelic blues, and straight ahead driving rock ‘n’ roll.  Much like their Colorado predecessors, Leftover Salmon, String Cheese Incident, and Yonder Mountain String Band, they defy simple categorization; instead they reference their musical history with their high-energy shows as they blaze new musical paths every night.  As they do so they have become the new voice of the Colorado music scene, taking their Ski-party sound around the country and making every show feel like a night in the mountains.

Gilbert Louie Ray and his band are a four piece Bluegrass outfit who play upbeat high energy Americana music. With crooning melodies, whimsical instrumental arrangements, and definitive story telling lyrics that paint a picture in your head of particular situations Gilbert has lived through, all the while, the captivating tales through song naturally make your body want to move on the dance floor or cry where you stand. 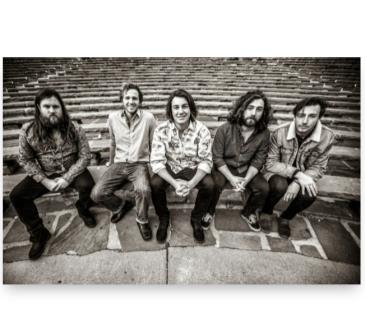