The Alt-Pop duo Terror Jr consists of singer/songwriter Lisa Vitale and songwriter David Singer-Vine (Formerly of The Cataracs). They're set to release their 2nd LP 'Rancho Catastrophe' this fall, following the release of their debut album ‘Unfortunately, Terror Jr’ in 2019. Prior to that, they released the Bop City trilogy series which saw them rack up hundreds of millions of streams, and a fan base as dedicated as they come, including major rumours that Kylie Jenner was the lead singer. 'Rancho Catastrophe' was created as a haven for listeners to escape the impending apocalypse. There's no promise of survival but it's a place people can come together to feel better. Terror Jr has garnered praise from the likes of The New York Times, Paper, High Snobiety, Pitchfork, and The FADER. They've sold out multiple tours and performed at festivals around the world. 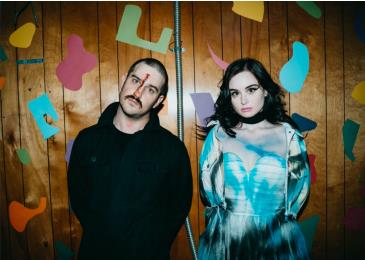