The Acacia Strain + Fit For An Autopsy + Full of Hell

About The Acacia Strain

East Coast metalcore ensemble the Acacia Strain utilize a bone-crushing rhythm section, apocalyptic samples, and a unique triple-guitar assault to deliver their signature blend of hardcore, noise, and death and doom metal. Emerging in the early 2000s, the band found success in 2008 with their fourth full-length effort, Continent, which soared to the top of Billboard's U.S. Heatseekers chart. Subsequent efforts like Death Is the Only Mortal (2012), Coma Witch (2014), and the horror-themed semi-concept LP It Comes in Waves (2019) continued to snap necks in the metal community with brutal efficacy.

About Fit For An Autopsy

About Full of Hell

Full of Hell is an American grindcore band from Ocean City, Maryland and Central Pennsylvania, formed in 2009. They are currently signed to Relapse Records.

Primitive Man is an American doom metal band from Denver, Colorado, composed of Ethan Lee McCarthy on vocals and guitar, Jonathan Campos on bass, and Joe Linden on drums. They are known for an extremely harsh sound – combining funeral doom, noise music, and black metal elements – and blunt nihilistic outlook. 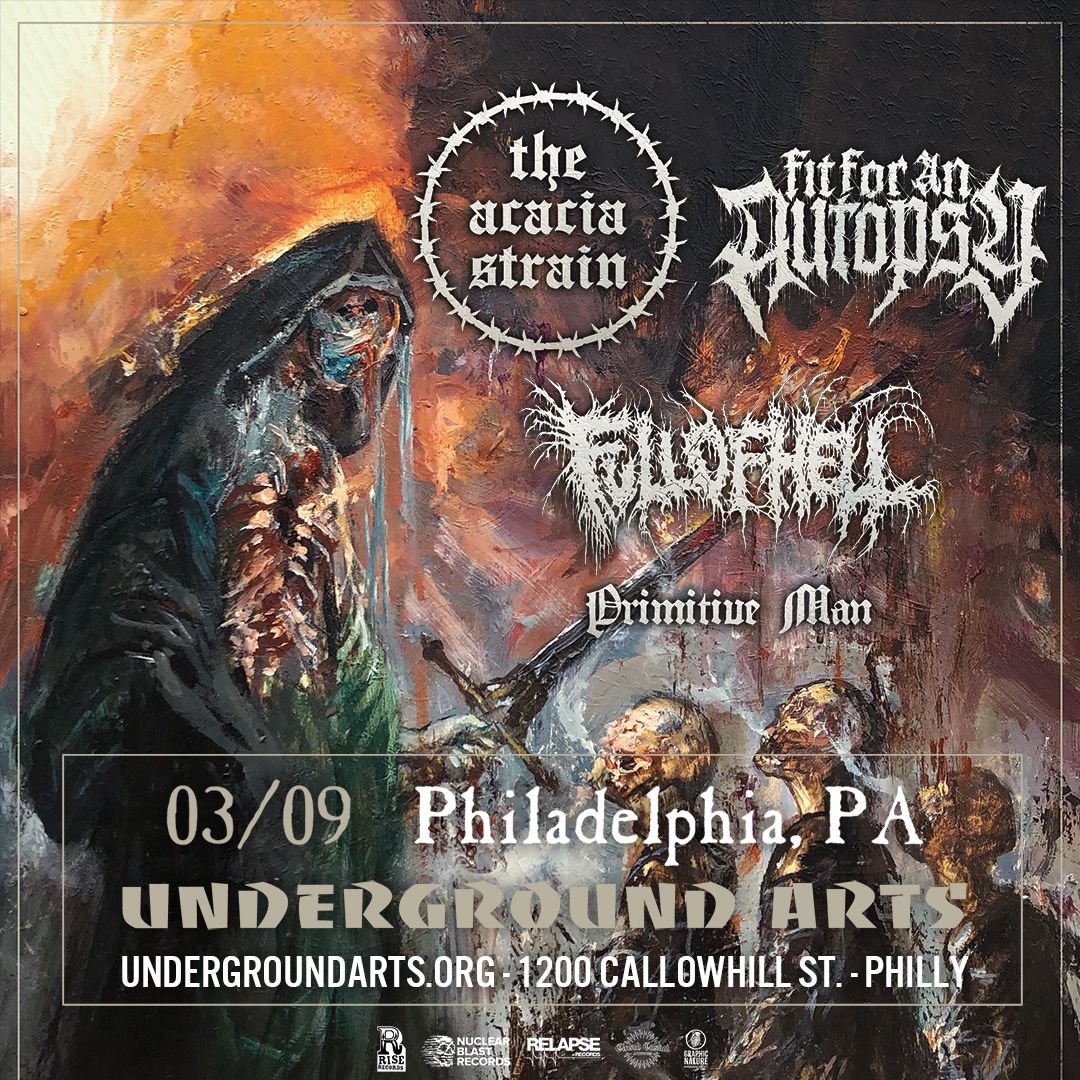 The Acacia Strain / Fit For An Autopsy / Full of Hell