The After Party with Esta

ESTA is a beatmaker’s beatmaker. An open-minded and loyalsupporter of all music

philosophies, ESTA maintains zero barriers in his meticulousmethod of danceable, yet

Based in Southern California and part of the Los Angeles-basedSoulection imprint,

ESTA is a rising star within the future music ecosystem, with aloyal, globe-spanning

fan base of over 150,000 followers on Soundcloud alone.

In 2006, ESTA was introduced to the Fruity Loops musicproduction software program

by a close friend. Said ESTA, “My first beat took me eight hourswith no break in

between and I’ve been hooked ever since”. Seven years and manyFruity Loops beats

later, ESTA joined the Soulection family and subsequently beganperforming as a Dj/

Producer at scores of Soulection-produced events.

THEORY. Having played alongside acts like Gaslamp Killer, Sango,SoSuperSam, Mr.

Carmack and Penthouse Penthouse, while pulling Inspiration fromartists like Hudson

ESTA’s next album, Paradise is currently in the works. 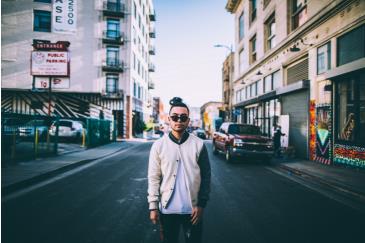