Hailing from so-called Surrey, and working on unceded Coast Salish territories in so-called Canada, Sleepy Gonzales cannot be categorized into a specific genre. From lulling audiences into a collective daze with languid dream pop jams, to violently shaking the walls with loud inhibited garage punk pandemonium, the only two things all of their songs have in common are tension and honesty.  Vancouver photojournalist and videographer Raunie Mae Baker describes listening to Sleepy Gonzales’ music to be "like jumping out of a plane without a parachute and landing softly in your bed”. Sleepy Gonzales consists of the half-Mexican twin brothers, Cristian (guitar and vocals) and Beni (drums and vocals), who write and engineer the sound of Sleepy Gonzales’ love and loss, bass guitarist and punk enthusiast Nick, who brings an obvious edge to the band dynamic with his 70’s gutterpunk approach to songwriting, and last but not least Ally, one of the most dynamic front persons the Vancouver indie scene has to offer, who weaves the chaos of Sleepy Gonzales into strong hook-filled melodies. Ally has incredible range and versatility and can break your heart with haunting old soul vibes or hit you in the face with a hurricane punch. From regularly filling local indie venues with their captivating and energetic live performances, to putting endless hours into crafting their newest project, Sleepy Gonzales released “Slow Apocalypse” on December 18th, 2020. This is their sophomore release through Vancouver indie label Light Organ Records, and 5th project overall. 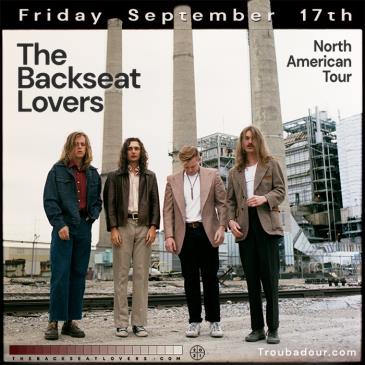