The Beths hail from the vibrant and deeply collaborative music community of Auckland, New Zealand. Lead vocalist and guitarist Elizabeth Stokes met guitarist Jonathan Pearce and bassist Benjamin Sinclair while they were all in bands in high school. While playing underground gigs around Auckland, they befriended drummer Tristan Deck, who joined the group in 2019. Their blend of propulsive, sing-along choruses, four-part vocal arrangements, and wry, introspective lyrics has earned them fans around the world, as well as opening slots for indie rock titans like The Breeders, Pixies, Weezer, and Death Cab for Cutie.

After putting out their first EP Warm Blood in 2016, The Beths signed to Carpark Records, who issued their 2018 debut album Future Me Hates Me. The record’s irresistible pop rock hooks drew acclaim from Rolling Stone, Pitchfork, NPR, Stereogum, the A.V. Club, and a host of other publications, many of whom listed Future Me Hates Me among their favorite LPs of 2018. The album also made the shortlist for New Zealand’s 2018 Taite Music Prize, and Stokes has twice been nominated for the Silver Scroll Award, New Zealand’s most prestigious songwriting honor. In 2019, The Beths were nominated for five Vodafone New Zealand Music Awards, winning Best Group and Best Alternative Artist.

After touring the northern hemisphere for a year and a half in 2018 and 2019, The Beths regrouped to write and record their second album, Jump Rope Gazers, a sparkling collection of songs that deepens and expands the bright talent they showed on their early releases. Bonds between the band members only grew after spending so much time on the road together, and their camaraderie shows on their new work. Recorded and produced by Pearce in his Auckland studio, Jump Rope Gazers will be released by Carpark in 2020, a year that promises to bring The Beths’ delightful music to even more new listeners.

Repasky and Geeslin met in the eighth grade and began exchanging musical efforts almost immediately, but that blessed autonomy of first cars meant they could conquer Atlanta’s sprawling suburbs and play to their adolescent hearts’ desire. The pair forged a cluster of demos — just enough to fill a set — and took to as many stages as Atlanta could offer them. Local momentum building, they added classmates Matteo DeLurgio on synth and Connor Dowd on drums to sonically match their songs’ increasingly rambunctious spirit.

Upon high school’s end, Lunar Vacation released a pair of well-received EPs, Swell and Artificial Flavors, and landed support runs for the likes of Remo Drive, Sidney Gish, and SALES. The band nabbed infatuated fans across the US while racking up millions of streams on their independently released music. In more than one sense, Lunar Vacation had graduated.

Back in Atlanta, Geeslin was working in a record store (Criminal Records) when Daniel Gleason of the band Grouplove came in. Following a quick connection and hours of conversation, the members of Lunar Vacation felt Gleason could be one to color in the sound they’d been honing live — melodious guitars swirling atop propulsive, often psychedelic rhythm — and capture it in the studio. The band recorded "Unlucky" with Gleason and released it in early 2020, the song drawing attention as “swoon-worthy” from The FADER, “shimmering … wistful, sun-kissed indie-pop” from American Songwriter, and “equal parts Mac DeMarco and Snail Mail” from Paste Magazine. Lunar Vacation continued recording with Gleason in the producer’s chair.

While putting the finishing touches on their highly anticipated debut album, the band are thrilled to share new song “Shrug” via Keeled Scales, their first offering on the critically acclaimed indie label 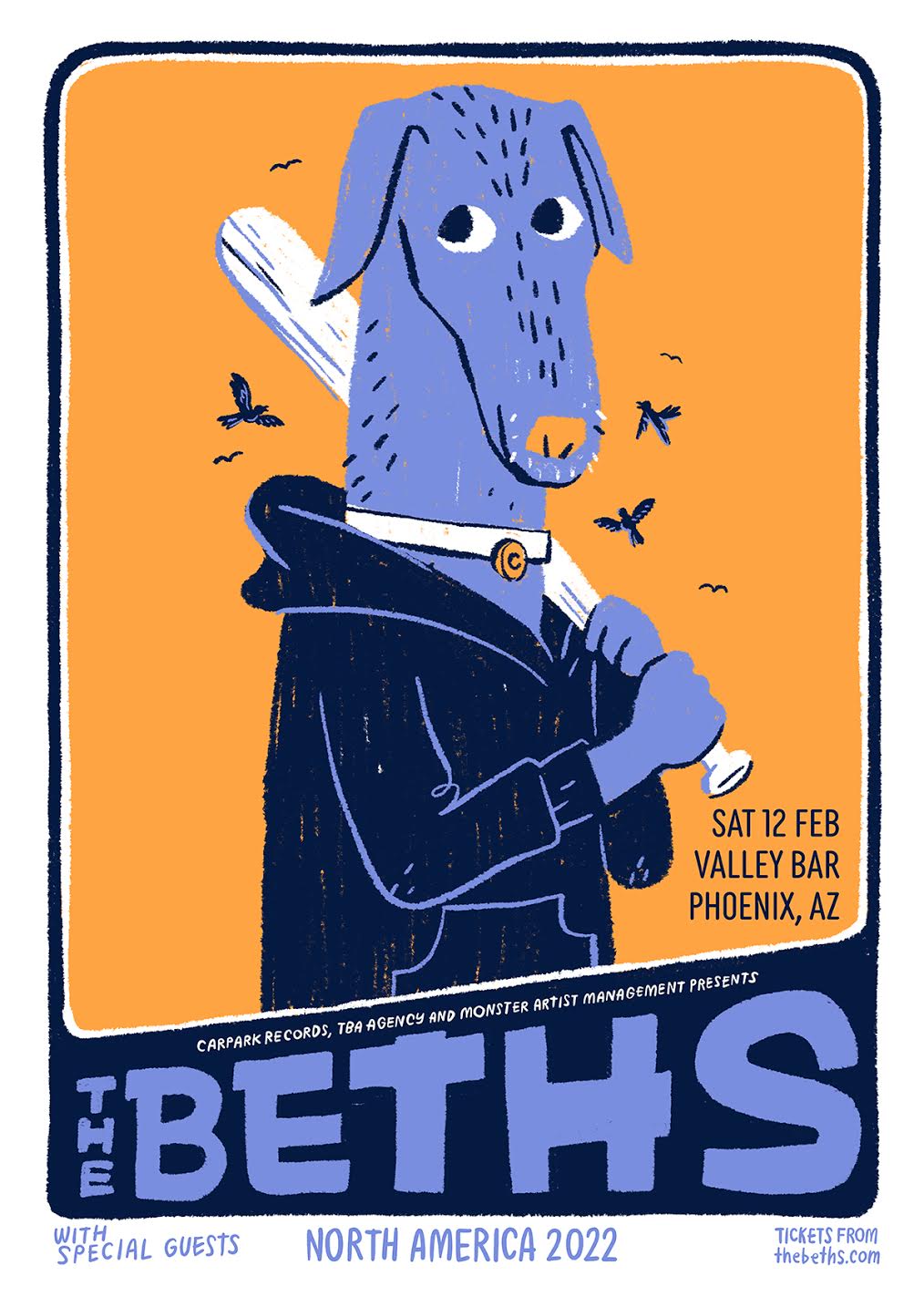