The Bouncing Souls have made a lasting career out of playing anthemic, shout-along punk rock in the classic East Coast style, with lean but catchy melodies, passionate vocals, full-bodied guitars, and rhythms suitable for moshing or pogoing depending on your mood. Since they debuted at the tail-end of the '80s, the Bouncing Souls have been a band who won their following the hard way, through constant touring and building a close rapport with their audience. With the exception of the Misfits, the Bouncing Souls are arguably New Jersey's most popular and enduring punk rock band; in their early years, their music walked a line between hardcore and a more melodic pogo-punk sound with a dash of ska, coupled with playfully goofy tunes like "I Like Your Mom" and "There Are the Quotes from Our Favorite '80s Movies," as documented on 1994's The Good, the Bad, and the Argyle. By the time they cut their self-titled third album in 1997, the Bouncing Souls had gotten tighter and faster, with more heft in their arrangements, and they had established the essential attack that would define their music for decades to come. They displayed a growing lyrical maturity on 1999's Hopeless Romantic without losing their playful side, and though they would take the occasional stylistic detour for a song or two (such as the acoustic guitar and accordion arrangement of "The Pizza Song" from 2006's The Gold Record), the band consistently delivered the upbeat punk music their fans had come to expect.

The Bouncing Souls came together in 1987 in Basking Ridge, New Jersey, where Greg Attonito (lead vocals), Pete Steinkopf (guitar), Bryan Kienlen (bass), and Shal Khichi (drums) were friends who attended high school together. The four had played in various local acts before they decided to join forces and put together a band. After graduating from high school, the four collectively moved to New Brunswick, New Jersey, a college town that had a friendlier attitude toward punk rock than their hometown. Taking the name the Bouncing Souls -- a play on the "Bouncing Soles" slogan for Doctor Marten boots, a popular item of punk footwear -- they moved into a punk rock flophouse, began practicing regularly, and were soon playing parties, basements, and any bar that would give them a break. In 1989, the Bouncing Souls cut a four-song demo that they distributed on cassette, and in 1991, Complex Records released their debut 7", a four-song effort titled Ugly Bill. 1993 saw the Bouncing Souls launch their own label, Chunksaah Records, with a seven-song CD, The Green Ball Crew EP (it would be given a reissue as a green vinyl 12" in 2013). Chunksaah dropped the first full-length album from the Souls, The Good, the Bad, and the Argyle, in 1994, which featured several tunes that had previously appeared on their early EPs.

The group toured heavily to spread the word about their first LP, and after their second, Maniacal Laughter, came out in 1996, the Bouncing Souls landed an opening spot on a tour with Youth Brigade that introduced them to new audiences across the United States. Some of the Bouncing Souls' new fans were the staff at Epitaph Records, the successful Southern California punk label, who liked their sound as well as their work ethic, and signed the band to a record deal in 1997. Before the year was out, the Souls had made their Epitaph debut with their self-titled third album, though the group would later refer to it as a rush job full of songs that didn't feel finished. The Bouncing Souls were in stronger form on 1999's Hopeless Romantic, which found the band exploring more personal lyrical themes while still delivering their energetic punk sound. While Hopeless Romantic was seen by some as a creative breakthrough, it was also the last LP from the original lineup of the Bouncing Souls; drummer Shal Khichi left the group in 2000, and Michael McDermott, who had previously played with Murphy's Law, Skinnerbox, and Mephiskapheles, took his place behind the kit.

In 2001, the Souls returned with the album How I Spent My Summer Vacation, an album that became a fan favorite with songs like "True Believers," "Gone," and "Manthem." After the success of that album (and a major tour with Hot Water Music), the group offered a look back with the 2002 compilation The Bad the Worse and the Out of Print. That same year, BYO Records brought the Bouncing Souls and leftist punks Anti-Flag together for a split album that included new songs from both acts, covers, and the two bands interpreting each other's songs. The following year, the Souls were back on Epitaph with another album, Anchors Aweigh; a documentary DVD, Do You Remember? 15 Years with the Bouncing Souls, also arrived that year. The band toured the U.S., the U.K., and Russia from April to November 2004, and they recorded a number of the shows; highlights from six of the gigs were collected on the two-disc set Live, released in 2005. On June 6, 2006 (yes, that's 6/6/06), the Bouncing Souls released The Gold Record, which they jokingly referred to as "the release of the beast." After the album dropped, the band spent most of the summer of 2006 appearing as part of the Vans Warped Tour, and they would also take part in the traveling pop-punk festival in 2008 and 2009. 2009 marked the 20th anniversary of the first Bouncing Souls release, and to honor the occasion, they released a series of four four-song EPs over the course of the year; highlights from the EPs were compiled into the album Ghosts on the Boardwalk.

In 2011, Side One Dummy Records invited the Souls to record a live EP as part of their Complete Control Sessions, which found them tipping their hats to the Misfits with a cover of "Hybrid Moments." The band cut ties with Epitaph and released their next long-player, 2012's Comet, through Rise Records in tandem with their own Chunksaah label. It would prove to be their last album with drummer Michael McDermott, who left the Souls in 2013. Later that year, George Rebelo, who had played with Against Me! and Hot Water Music, made his debut as the Bouncing Souls' drummer at a special private show for fans. In 2016, the Bouncing Souls issued their second album for Rise/Chunksaah, Simplicity. 2019 saw the Souls celebrating their 30th anniversary as a band, dropping a six-song EP of fresh material produced by Will Yip, Crucial Moments, and a special edition of the release included a book of photos and memorabilia charting the group's history. In true Bouncing Souls fashion, they also set out on a 30th anniversary tour that would take them across the United States as well as Europe and the U.K. 2020 brought the album Volume 2, with the Souls reworking ten songs from their back catalog with fresh arrangements. The set also included one new song, "World on Fire." 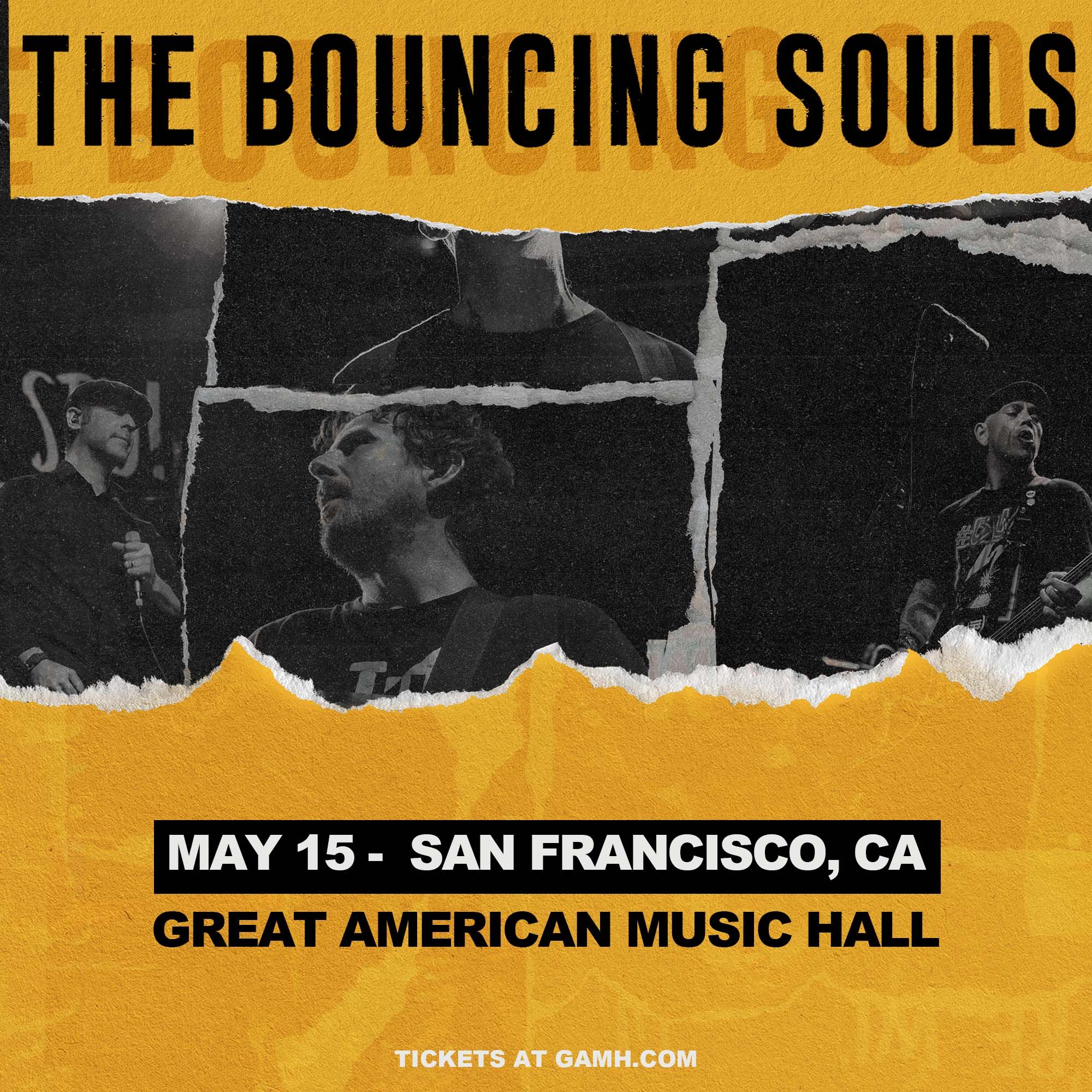