People change over the years, and the you that is you never changes. Yesterday you were a kid, and tomorrow you'll be old, and you think you're the same person you were, despite all evidence to the contrary.

Music slices you in time.

Once upon a time we lived in a world of information scarcity. We knew too little about things, and finding out about what we loved took time and effort and money and luck.

The first time I heard of Kim Deal, it was because the co-owner of Dark Carnival, the bookstore in San Francisco I was signing in had been mistaken for her the night before by a waiter, who had taken her protestations that she was a bookshop person as a cover story and brought her and the people she was with, bookstore people whom he believed to be the rest of the Pixies, free drinks all night. I now knew a band called the Pixies existed.

I owned a tiny black and white television that sat on the corner of my desk, and kept me company when I wrote, all alone, too late at night, playing badly dubbed European Detective shows, late night rock shows, cheap television. Somewhere in 1989 it played a Pixies video. A week later I had every Pixies CD you could find in London record shops. I loved the aesthetic as much as the music: the Vaughn Oliver art and typefaces.

Information scarcity. I didn't know who these people were.I was 29 years old, writing Sandman, in England, with two small children. I bought the CD of Pod, and I wrote Sandman to the jangly Breeders music.

I knew nothing of the Breeders beyond what I read on the minimalist CD notes. I knew the names of the songs because they were on the CD themselves, and I recognised "Happiness is a Warm Gun", Lennon's Snoopy-and- gun-ad inspired song of murder and addiction. It's my favourite Beatles song and that seemed appropriate. Pod is a sequence of songs that come towards you, unstoppable, not needing to be liked. Not to be anything except themselves, glorious in their emotional flatness. The Berlin wall had crumbled and technology would save us all, and there was a new optimism in the air, and despite the optimism the Breeders music felt like a note of warning. Melodic and discordant all at the same time, women's voices singing from the darkness, uncompromising; not soft, not strident, more like a chorus of ghosts, their faces set and expressionless, singing to us while fighting to feel emotions, to feel something.

After Pod came the Safari EP and then Last Splash. I was moving to America, to a little Wisconsin village, and I played both albums over and over as I wrote. I loved the feeling in the songs that there was something I couldn't touch, something that slipped through my fingers if I tried to articulate it. It was what it was, and the sound was something that felt like late nights and old neon signs and people who stare at you from the shadows. I had a disturbed and shadowy cat named Pod whom almost nobody ever saw.

In 2002 I went back to Sandman for the first time in five years, and the Breeders CD Title TK came out. The title was a meta-title, almost a joke, but the music was as sharp as ever and no joke at all. Mountain Battles, with its glorious Vaughn Oliver cover, came out when my life was upside down, in the weeks between my divorce and my meeting the woman that I would, three years later, marry. I played it as I drove. I loaded it onto my iPod and the Breeders followed me along the silk road in China. The flatness of affect, the intersection between noise and intelligence that I expected from the Breeders was there, along with a surprising gentleness, an unexpected kindness.

Now I'm twice the age I was when I first heard Kim Deal sing, and I live an ocean away from the English village in which I first played Pod. All of the things that were going to make life brighter and easier make life stranger and more confusing. Nothing feels as good as it used to feel, nothing tastes like it did. I used to think that the world was run by conspiracies of brilliant people. Now I would love to feel that there was any agenda, other than short-sighted greed and power-hungry bluster. I'm writing this a two minute walk from what I am told was once the finest analog recording studio in the US, now a home for a man who hoards broken things. The locals whisper that it's now a meth lab, but that's just the kind of small town gossip you hear about the odd and the frangible. Everything went digital and the world went bland. In American small towns opiates really have become the religion of the masses, pills that have escaped their prescriptions pushed to dull the ache of living. The music I loved loses value and importance as it becomes audio wallpaper: Spotify as Muzak.

And then All Nerve arrives and it's as if no time at all has passed. Music slices us in time, and I get to remember what it means to be excited by music all over again. For a start, All Nerve sounds like a Breeders album: it's not retro, it's not 90's, it just is what it is: smart rock music with a Breeders sound and an oblique Breeders point of view.

There is too much information now. We could pay people not to know things on our behalf, pay them to forget our surplus knowledge. Still, Kim Deal is songwriting, deadpan vocals and guitar, Kelley Deal is still guitar and vocals, Josephine Wiggs is still steady on bass and vocals (and she co-writes two songs), and Jim MacPherson is still the rockingest of drummers.

And I don't know much about the songs: I play them over and over, a sequence that burns through my brain.

Nervous Mary, Wait in the Car, All Nerve, Metagoth (Josephine's words, based on a found poem written by her mother), Spacewoman, Walking with a Killer, Howl at the Summit (with Courtney Barnett's mob on background vocals), Archangel’s Thunderbird (an Amon Düül II cover, and also my shame, as I played a voice-treated CGI monster in a sad film of the same name in the 90s), Dawn: Making an Effort (which startles me with its beauty each time it comes on), Skinhead #2 (I love the crushed beetles on lips), and Blues at the Acropolis, which lets us fade away with junkies of the world draped across the monuments.

People change over the years, and we hope that the we that is us never changes. Yesterday we were kids, and tomorrow we'll be old, and we think we're the same people we were, despite all evidence to the contrary.

But sometimes we play music that lets us be us then and us now and us still to come, and it's all worth it, every minute, every aching second, every gaping now. 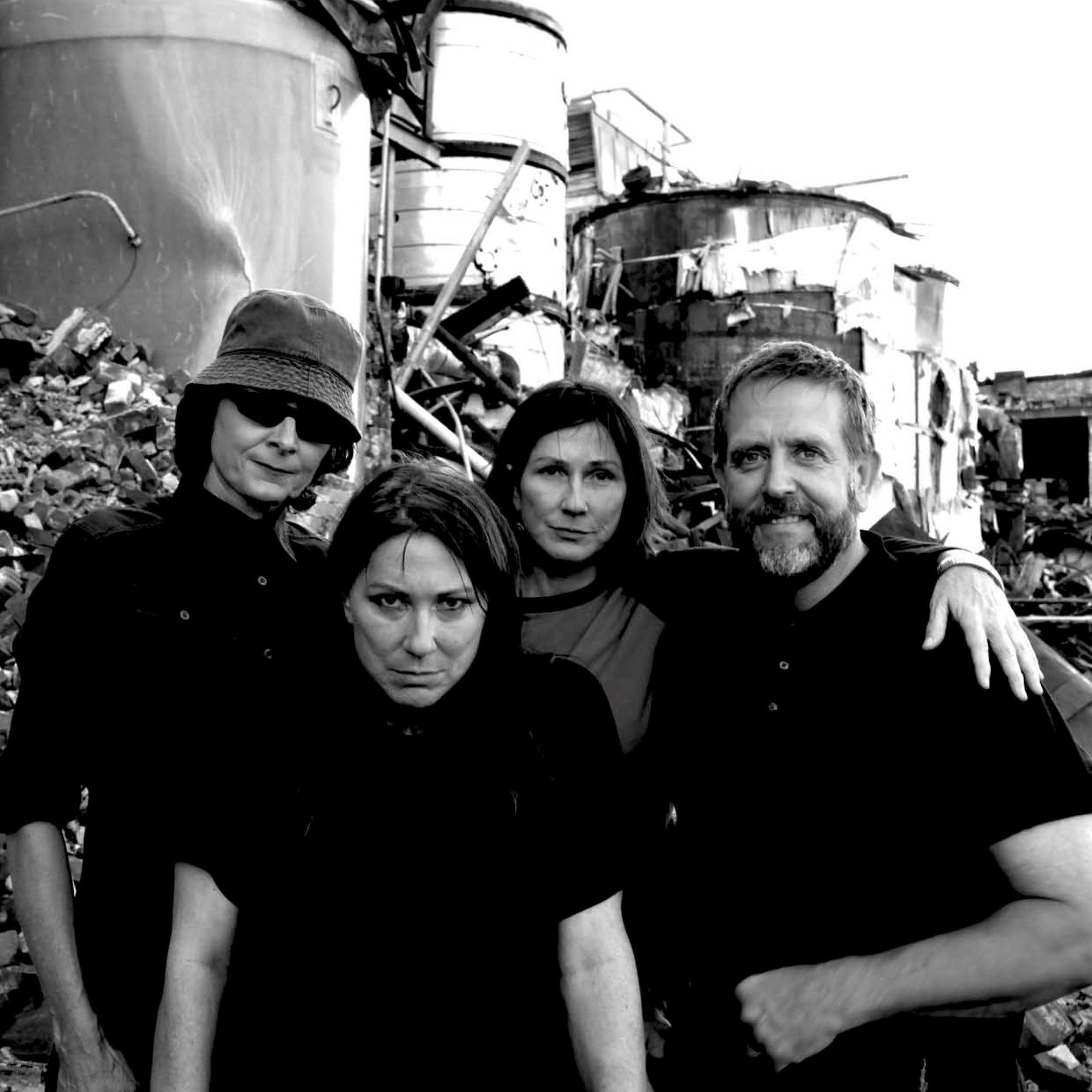