If you'd like to make a reservation to secure your table, please visit: https://themintla.com/dinner-reservation/Solomon King
Singer/songwriter/guitarist Solomon King is unique. Poignant songwriting and powerful performances place Solomon King in the tradition of timeless artists like Lou Reed, Leonard Cohen, Nick Cave and Bob Dylan. His music embraces everything from Rock, R&B, the Blues, Americana to classical music. His songs turn their back on formula pop blues and return to the grit of early John Lee Hooker and Bo Diddley: no-nonsense, no filter, in your face guitar, bass, drums, and vocals.  Solomon's 2008 album “Under The Sun,” was produced by Motown legend Sylvester Rivers who brings in the ace rhythm section of Motown hit makers. Surprisingly (but not to King), that album was nominated for a Grammy in the “Best Contemporary Blues Album” category. Two of the songs from that album, “Jack Me Up” and “Frankie and Johnnie,” are featured in the first season of HBO’s “True Blood.” Currently, Solomon has been busy recording a new album of original music and a side project of recreating some of his favorite songs from the 60's and 70’s. These songs are available now on his YouTube channel with more to come.
solomonkingmusic.com
Instagram: https://www.instagram.com/solomonkingtc/
Facebook: https://www.facebook.com/solomonkingmusicinc
ALARMA
Alarma is a global music project mixing Latin Rock, Reggae, Cumbia, and EDM elements into an original dance blend. Their themes of communal empowerment, healing, and unity transcend into rhythmic grooves and contagious melodies. Alarma has independently released two full-length albums and several singles. After debuting on Fox 11’s Good Day LA, Alarma's music has been played on community radio stations in the U.S. and Mexico. They have performed at numerous festivals, clubs and private parties while also playing benefit shows for social and environmental causes since 2010.

The Cliff Targum group is a five piece band that plays Mediteraneon smooth jazz, Spanish guitar, flamenco music.   It consist of vocals, guitar, bass, synths, drums and percussion. Cliff has composed over 10 albums of guitar music and is a graduate of GIT.  He also plays drums and has taught hundreds of music lovers throughout his career.  He has performed with members of Donna Summer, Diana Ross,  Harry Belafonte, Miles Davis and The Brian Setzer Orchestra.
www.clifftargum.com
https://www.instagram.com/clifftargum/?hl=en 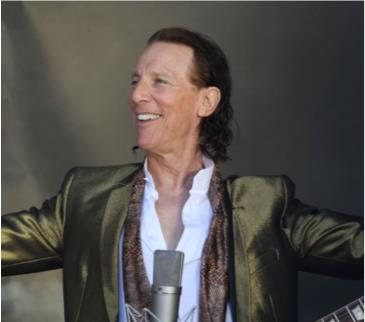