*Full food and drink menu is available from the PIAZZA

*Please note that reserved seats/ tables do not guarantee a server.

Comprised of some of Chicago’s most accomplished musicians, The Cyberiam have come together to create their own unique brand of hard/heavy progressive rock. The Aaron Clift Experiment has described their music as the “heavy, atmospheric prog of bands like Porcupine Tree and Tool with a good melodic and pop sensibility”. Their self-titled debut album and stunning live shows have them rapidly building a rabid following.

The Cyberiam began in 2016 when Keith Semple was looking to form a progressive rock band. At a Dream theater show at the Chicago Theater, he struck up a conversation with keyboardist, Frank Lucas. Semple had crossed paths with Lateralus drummer Tommy Murray on numerous occasions. The trio had already begun writing what would become the band first album when Murray invited Full Moon Fire band mate, Brian Kovacs, to lend his beefy bass skills. With the band fully formed, writing and recording was completed. The Cyberiam's self-titled debut was released in February 2018. That year was filled with producing videos, performing live shows including a set at Progtoberfest IV, and receiving a host of accolades. 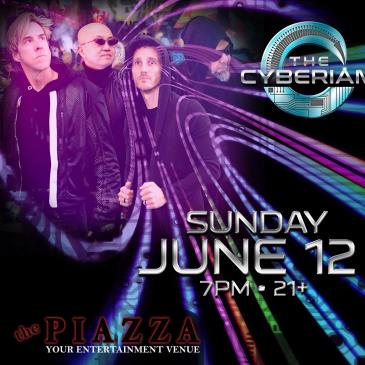