Unbothered is ready to bring you new vibes you haven't felt before with alternative pop and jazz fusion. The band started right before the pandemic came, but the band survived and came out swinging with brand new music and content to show the world. The music is a culmination of every member's imagination, merging the music into its own genre. This group of 4 latinos is ready to rock your world with dance music you can cry to.

White Jagg is a four-band with an eccentric combination of sounds, with influence rooted in punk, rock, metal, and psychedelic rock. Started in Culver City, we have been performing and growing a following all over the West Side. This band is slowly becoming an up and comer you won’t want to miss!

How to classify The Deaf Pilots? High Energy Rock N' Roll! Frontman Derek Julian, drummer Andrew Orozco, and bassist Chase Crawford are the definition of the ultimate rock, power trio. From influences like Led Zeppelin, Van Halen, Foo Fighters, and Wolfmother, the group mixes classic rock vocals and guitar solos with the intensity of modern riff rock to create something all their own.

Since 2009, the group continues to bring you high energy tunes that cut to the bone! Their brand new album, These Are the Times, is no exception! Don't miss your chance to get a copy at their release show at The Mint on October 16th in Hollywood!

Misinformation is an alternative band based out of LA formed by Frankie Edgar and Tean Baker in 2020 in the midst of the Covid-19 pandemic. The music is a combination of each members music background, Frankies being hip hop, Teans being hardcore rock/punk. Misinformation makes music that is relevant to what is actually going on in the world and is played at a high intensity swiftly getting their thoughts and feelings off. 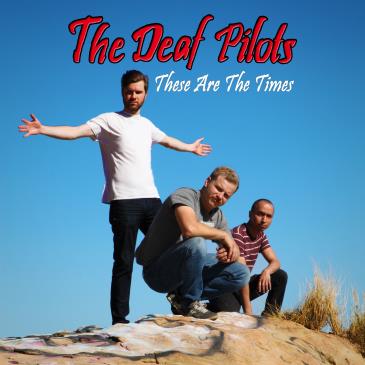