The Dirty Grass Players + The Quixote Project at 118 North

About The Dirty Grass Players

The Dirty Grass Players, a four-piece new-grass band from Baltimore, is known for having one toe-tappin’ foot in traditional bluegrass while pushing boundaries with their blazing musicianship. Composed of Connor Murray on bass, Alex Berman on vocals & banjo, Ben Kolakowski with the guitar & vocals, and Ryan Rogers on mandolin, this group has been giving their growing fan-base a down and dirty performance for over five years.

About the Quixote Project

We are a roots-music outfit that pulls from traditional genres to blur the lines of modern music. "Frontman Jeff Selby with a revolving cast of musicians have distilled the multi-genre sounds of a beachfront music festival into a remarkably cohesive live set, with hints of bluegrass, folk, and rock in a style that would be pigeonholed as “jam” if the songwriting wasn’t so explicitly pop-oriented" says Dave Fox of MUSIC WITHOUT LABELS. 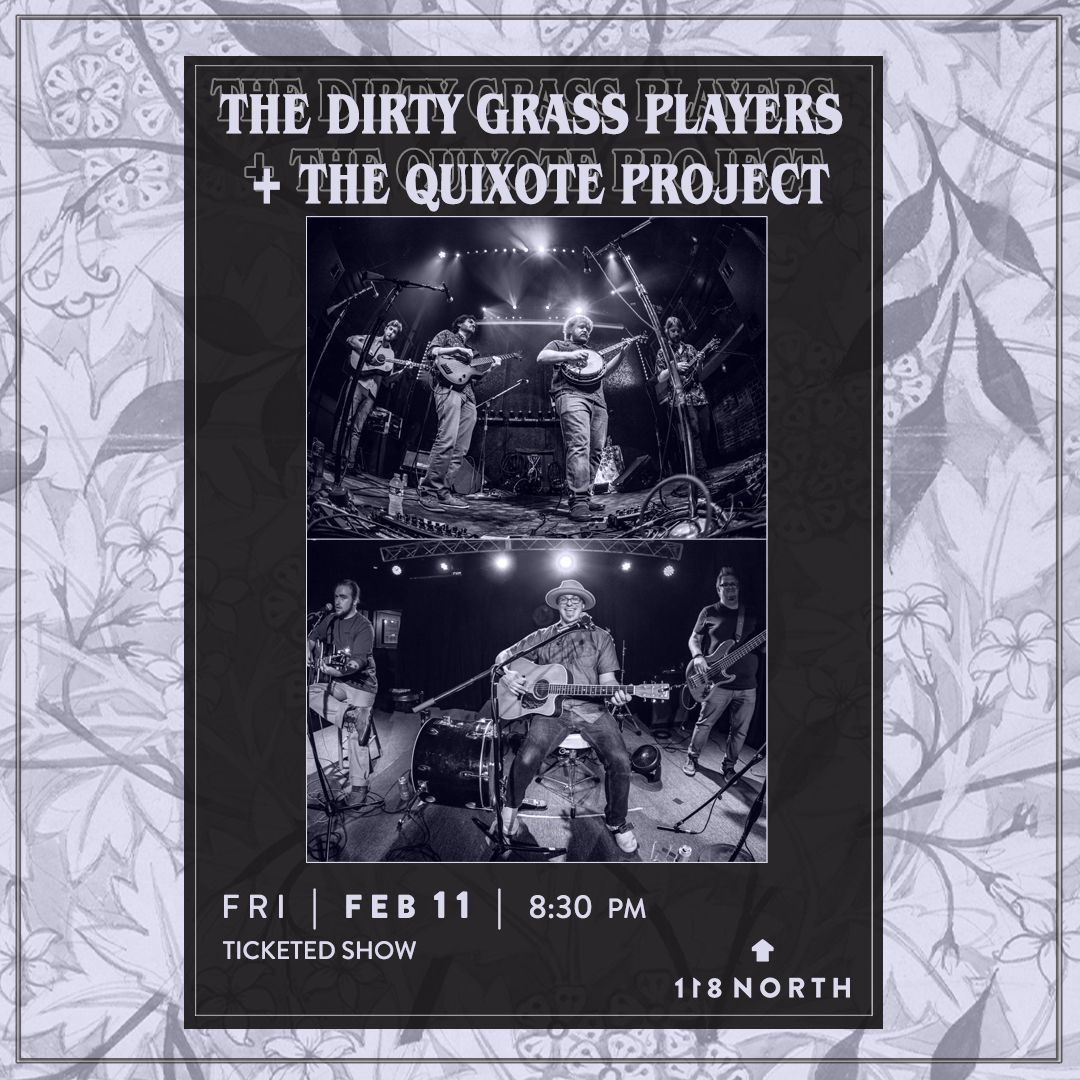