The Dollyrots + Soraia with Don't Panic at MilkBoy

When you’ve been a band long enough to release seven albums, play two thousand shows, work with Joan Je:, perform live on The Price Is Right, and give birth to two children who are now old enough for guitar lessons, some of your coolest material will inevitably fall through the cracks. The Dollyrots dug into their vault and pulled out twenty four pop-punk gems for their new album, Down The Rabbit Hole.
A collection of rare B-sides, unheard alternate takes, and adrenalized cover tunes, Down The Rabbit Hole is a showcase of The Dollyrots’ unique creative process and a fascinating survey of their influences, which range from Nirvana to The Penguins.

An unexpected side effect of creating Down The Rabbit Hole was a chance for the band to look back over a life lived musically. “Putting this project together made me reflect on the career we’ve had, and I’m so grateful for all of it,” says Ogden. “Our band turns twenty-one this year, which is almost impossible to believe! We couldn’t think of a be:er way to celebrate than a retrospective of all the rarities.”

It’s a career well worth looking back on. The Dollyrots have released albums on Panic Bu:on/Lookout and Joan Je:’s Blackheart Records, and are now working with Little Stevie Van Zandt’s Wicked Cool Records. They’ve hit the Billboard Heatseekers chart multiple times, they’ve been featured in movies and TV shows, they’ve shared stages with some of punk’s biggest names, and they once baked several hundred cookies for all the fans that crowdfunded one of their albums. Kelly is currently the host of the Sunrise Surprise radio show on SiriusXM’s Underground Garage, and Kelly and Luis are both already hard at work on a new album to be released in 2023. This year’s upcoming USA tour dates cap off a year that also featured the band supporting friends Bowling For Soup with Lit in the UK, along a headlining run of the Midwest.

It would be more than fair to say that The Dollyrots have had one hell of a journey. So far...

Personal growth, rebirth, even revolution – these transformative concepts are the heart of what Soraia is. Redeeming themes like these inform the songs on 'Dig Your Roots', the band’s March 2020 album released through Steven Van Zandt's Wicked Cool Records. While touring the west coast in support of their newest album in March 2020, Covid-19 was declared a pandemic by the CDC, ending the typical promotion and touring behind their newest release and forcing the group to reconsider how to approach the future.

Don't Panic is a Pop Punk Rock & Roll band that formed in the Pocono Mountains in northeast Pennsylvania in 2019. The band released their first full length album 'See Through it All' in 2020 and then a follow up with 'Dark Horse' in Sept, 2021 drawing off their collective influences from bands like Bayside, Millencolin, Foo Fighters, No Use for a Name, White Reaper, & Lit. 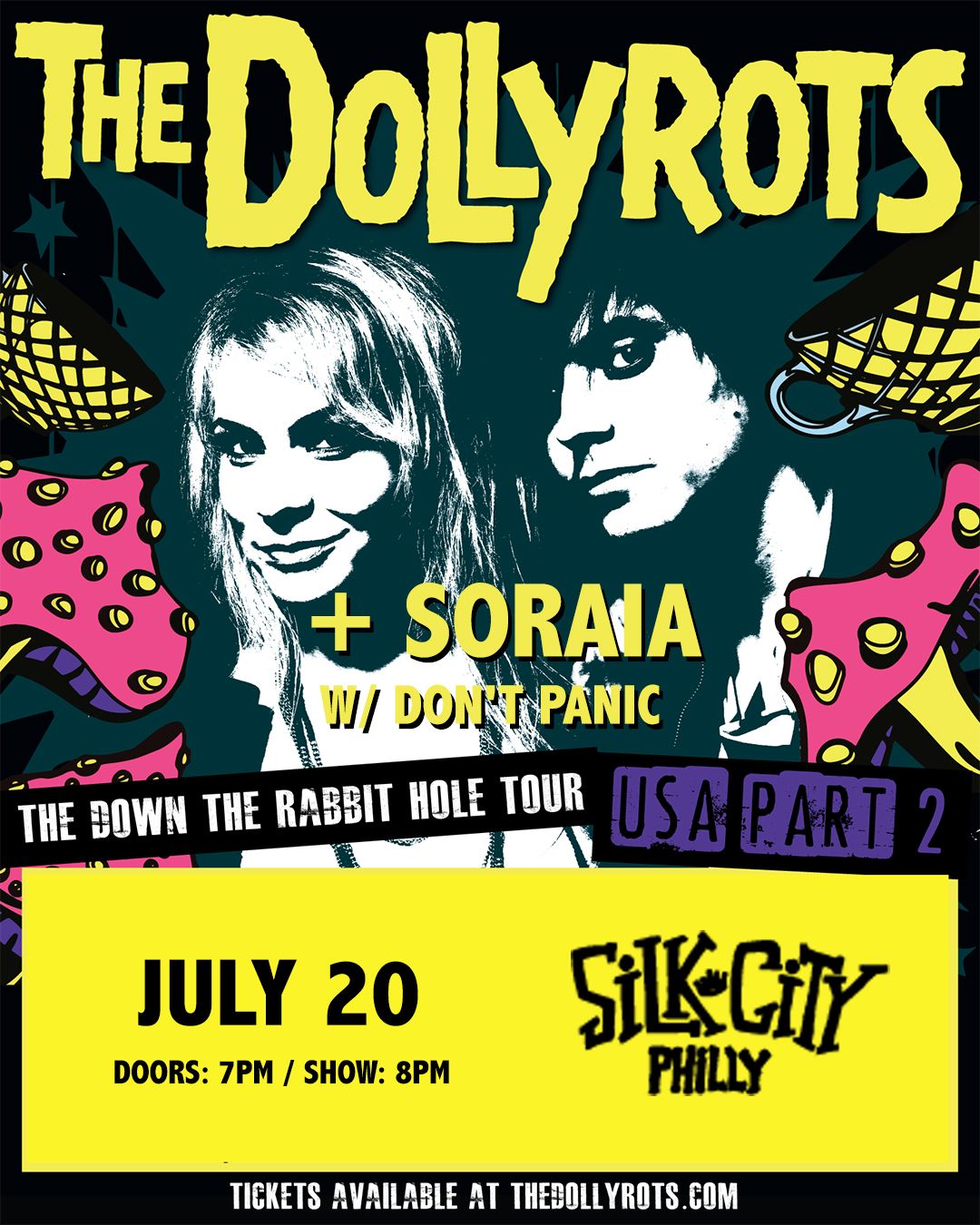