Exploding into the American progressive roots scene in 2018 with their #1 Billboard Reggae album Defy Gravity, THE ELOVATERS have quickly become a household name for lovers of Sublime, Jack Johnson, Slightly Stoopid, G. Love, Stick Figure, The Movement, and more. Their music has been featured on CBS’ Hawaii Five-O and their song “Boston” was played during the World Series Parade when the Boston Red Sox won in 2018. Their 2020 followup EP Double Vision was voted EP of the year by Reggae 360, and programmed into heavy rotation on SiriusXM’s “No Shoes Radio,” “Margaritaville,” and “The Spectrum.” Their 2021 full-length album Castles was produced by Johnny Cosmic. They are currently touring in North America. 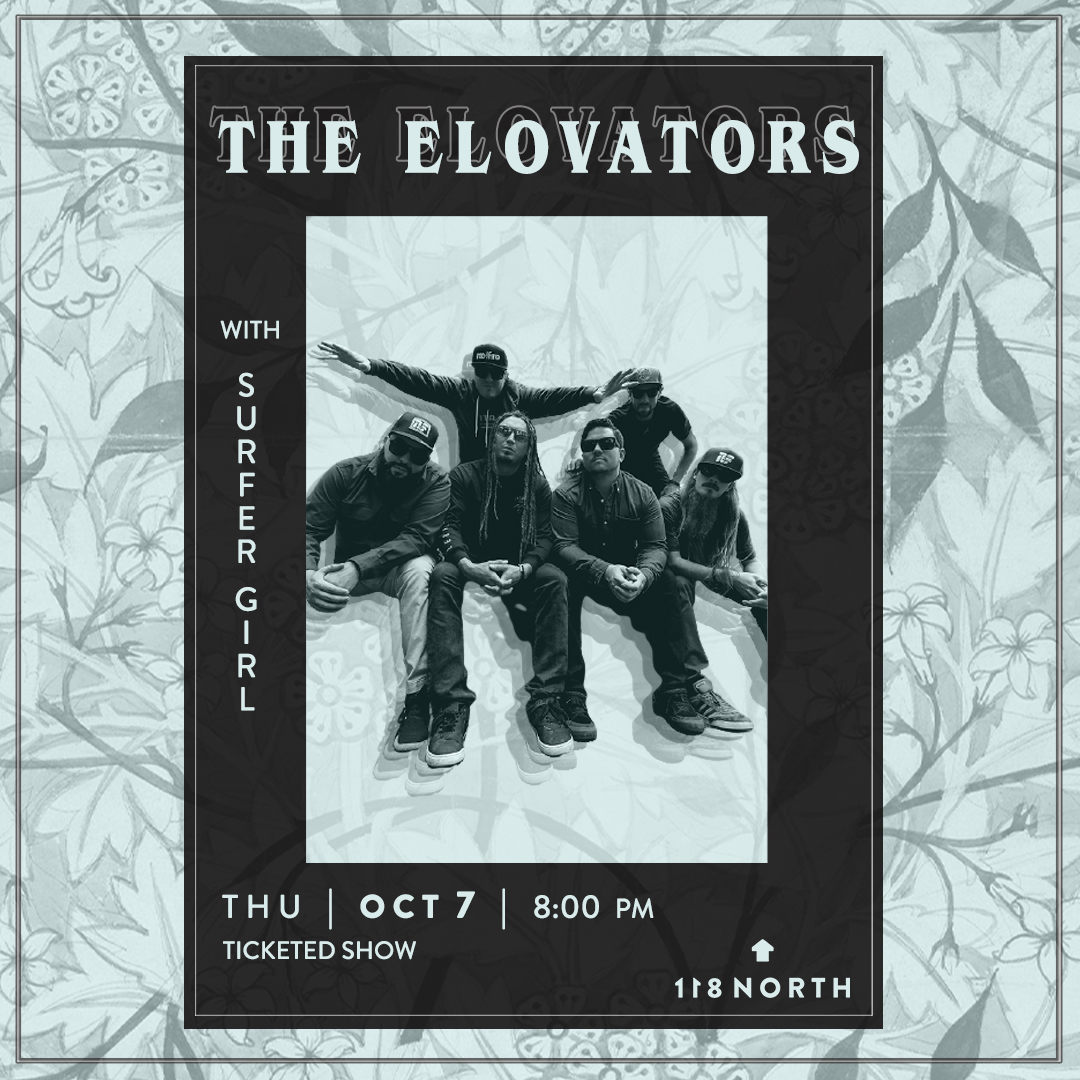