About The Ike Reilly Assassination:

“I’m the king of Music Row,” says Ike Reilly.  Standing on the stoop of his recording studio with his arms wide open, the songwriter claims the whole street as his musical kingdom.  For the former gravedigger and doorman, Music Row is just one house.  It’s the 100-year-old bungalow wedged between a nail salon and an insurance agency in Libertyville, Illinois. This is where Reilly now makes his records.

Libertyville is about 38 miles north of Chicago, and it’s the hometown of Marlon Brando, Tom Morello of Rage Against the Machine, Adam Jones of Tool, Maureen Herman of Babes in Toyland, and many other successful artists and musicians. These folks have all fled town. Reilly never left. He has lived there his entire life, and he has churned out song after song, album after album, all the while maintaining a seemingly together family life and touring America both as a lone troubadour and while leading his greasy band, The Ike Reilly Assassination. While Libertyville certainly appears idyllic, the stories that Reilly mines from it, and from people and places all over the world, clearly are not.  Tom Morello, also a Libertyville native, says, “These homogeneous Midwestern towns like Libertyville can forge rebels, and Ike Reilly is just that.  He’s somebody who sees through the veil of bullsh*t, and you can hear it in all his songs.”

Since his explosive major label debut, Salesmen and Racists, Reilly has been creating rebellious punk/folk/country/blues-influenced rock ’n’ roll records that are poetic and cinematic.  Critical praise for his work has been plentiful, and he has garnered a wildly loyal fan base -- from faithful fans in the dirty bars and rock clubs in the middle of nowhere to legendary authors. Reilly’s songs have a unique universality that affects people.  Author Stephen King wrote that Reilly’s travel band saga, “Boltcutter,” was “the best new song to come out of the Trump era.” The New York Times called Reilly’s longtime band, The Assassination, one of the best live bands in America, and once again they show their dexterity and growth on Reilly’s new offering, Because the Angels.

This compelling batch of new Reilly songs/tales required both a lighter touch and a ferocity that mirror the depth of Reilly’s writing and the varied nature of his songs. On “Ashes to Ashes,” the band slams away and yet still holds down the groove to this Ray-Charles-on-speed track.  As the band rocks, rolls, and rumbles, Reilly sings of the cursed and the blessed, the loved and the hurt, and he assures us that nobody escapes death. Sure, it’s dark, but ya might die trying not to move to this track.

Of his work, Reilly dismisses it and says, “My songs are either lies or apologies.”  Because the Angels may reveal more truth than maybe he would like. “Trick of the Light,” the first single released off of the new album, is a dark-pop-celebration of family dysfunction. Here, we find Reilly ironically sharing lead vocal duties with three of his own children. There is a festive innocence and a wise resignation in the vocal delivery as Reilly and his boys trade lines and ask questions about faith, hope, family, money, and fate.

Reilly said, “My boys singing on this album with us came about for really no other reason than we were f*cking locked up together during this pandemic. I had to take to Internet hustling-busking-begging to

make ends meet, and the boys joined me on The Ike Reilly Family Quarantine Hour. We got comfortable singing together, and when we cut some of these songs, it felt natural for them to sing with the band on many of them. Their vocals really helped shape this record.”  Like all related singers, there is a distinctive quality in the voices of Shane, Kevin, and Mickey Reilly – similarly raspy to their father yet not as torn up. This genetic connection is even more compelling given the seeking nature of “Trick of the Light.”

Like on all of Reilly’s records, the imagery, the locations, and the characters are authentic, unique, and unforgettable.  Because the Angels is home to racist girlfriends, killer cops, drunken candidates, swindled mothers, slandered brothers, and struggling lovers, all right here in the modern era. The locations are mostly American – the police shooting and subsequent riots in Kenosha, Wisconsin inspired “Someday Tonight.” In “The Muhammad Ali Museum,” the lonesome main character, after searching unsuccessfully for weed in downtown Louisville, decides to go into the Ali Museum and is brought to new depths of anguish as he compares his own mundane life to the life of The Champ.

Blown-out speakers, marijuana shoes, tire fires, and abandoned driers all litter the suicide highways in the final track of Because the Angels, the epic “Racquel Blue.” This broken-beat, dubstep-tinged folk song could be on the soundtrack to some lost spaghetti western, but the song itself is too powerful and majestic to take a back seat to any film.  Once again, the band proves their agility in handling the space in this musical mystery.  Guitarist Phil Karnats paints the sonic landscapes with his signature swells and runs and never gets in the way of the narrative. Is Racquel Blue a woman? Is Racquel Blue a drug? Maybe Racquel Blue is a mythical destination? Who knows. But within the mystery, there is a grandiosity and familiarity. An unlikely place for “hooks,” “Racquel Blue” has one of Reilly’s most timeless and memorable choruses, and a haunting group vocal “B” section, sung by Reilly’s own children, that is certain to generate communal singing wherever “Racquel Blue” is performed or played.

Says Reilly, “‘Racquel Blue’ is our f*cking thing – nobody else could do it.  Actually, all of this music is our thing. This thing of ours! Cosa Nostra! Seriously, nobody plays like Phil. Nobody plays like Phil, Dave, Pete, and Adam. Ya take these stories and that band, and then throw my boys singing on top of it. F*ck, we know we made a great record. Don’t need anybody to tell us that. Just listen to it.”

The King of Music Row has spoken.

If you're Mr. Stirling, the redoubtable frontman of the once Hangdog Hearts, you've earned the respects of your peers, while converting audiences worldwide. Stirling took all that traveling experience into the studio, consolidated it with some southern-fried focus, and created his debut solo album, Slave. A driven accumulation of fire and brimstone, floated with whiskey and gasoline. He doesn’t stick to formalized roots or folk: that's a blueprint too many of his contemporaries have used to build a shrine to a stereotypical religion. Instead, he mixes up a serious mesh of influences from Blues, Country, the sweaty vibes of Rockabilly, and Saturday evening mischief before Sunday morning reflection. His music stretches through dozens of styles, but always comes out sounding like his own badass reflection . He holds tightly the reins of the music until it's time to break free like wild bulls, allowing his recordings the opportunity to discover the brilliant energy that is his live show.﻿ 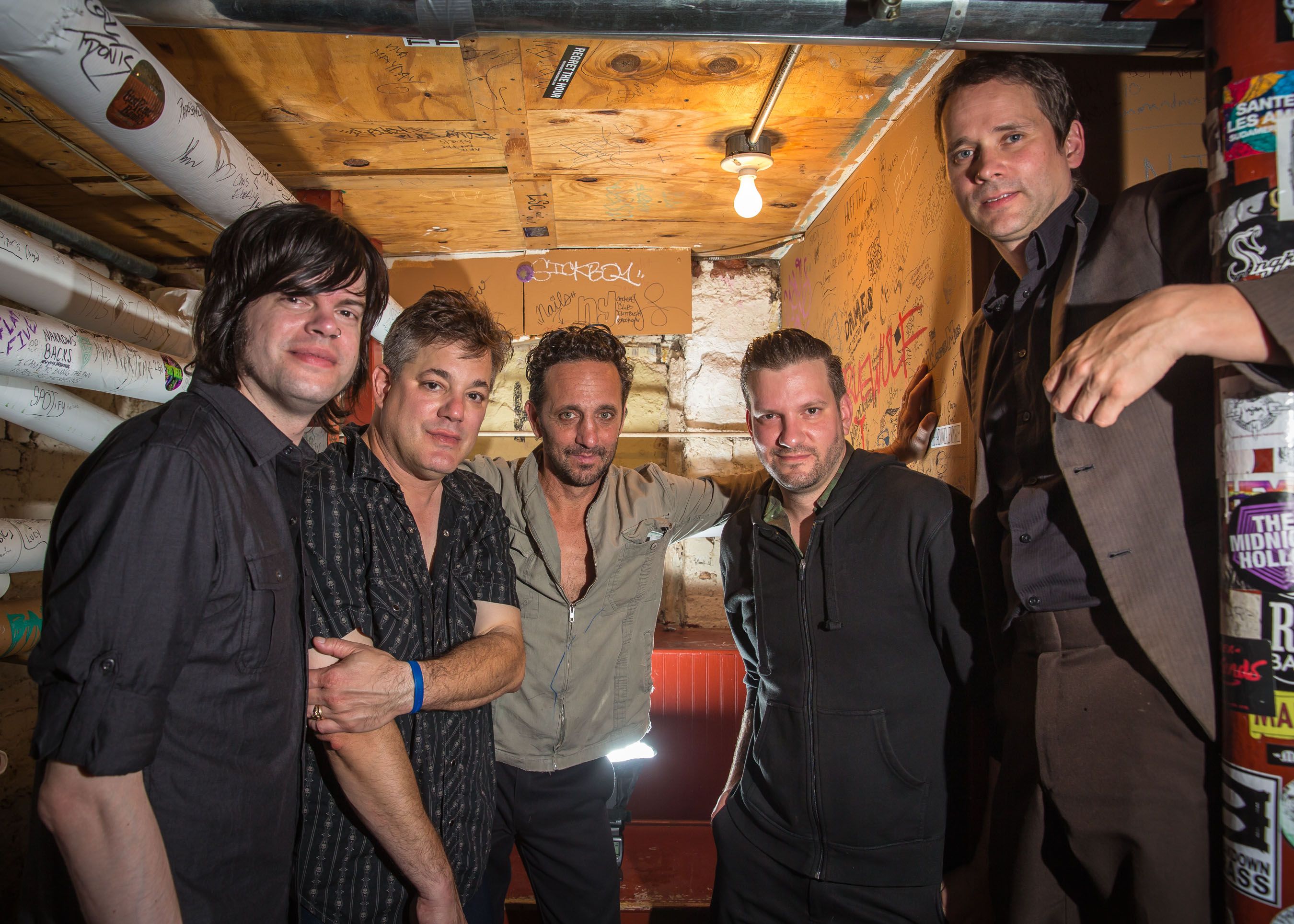