The Jackie and Laurie Show is an hour long weekly podcast featuring comedians Jackie Kashian and Laurie Kilmartin. They started JLS in Dec of 2015, after noticing that most comedy podcast hosts and guests were male. A new episdoe comes out every Monday, and so far, they have never taken a week off. They talk comedy, women, women in comedy and... men.
Jackie Kashian started standup in 1985 in Milwaukee and Laurie Kilmartin started in 1987 in San Francisco. They only met recently, because in the 80s, 90s and aughts, two female comics were rarely allowed to appear on the same show.
Each podcast reveals a new Comic of the Week, a female standup you may not have heard of yet. The list is close to 200 names long and they haven't even scratched the surface yet. Between them, Jackie and Laurie have released 7 albums, appeared on CONAN 5 times, starred in a Comedy Central half hour, published two books (one a NYT besteller) and written for 3 late night shows.
They've been around and they have a lot to say.
Please arrive 30 minutes prior to check in to guarantee seating. Seats are subject to be released 15 minutes after the show begins. ALL LINEUPS SUBJECT TO CHANGE WITHOUT NOTICE 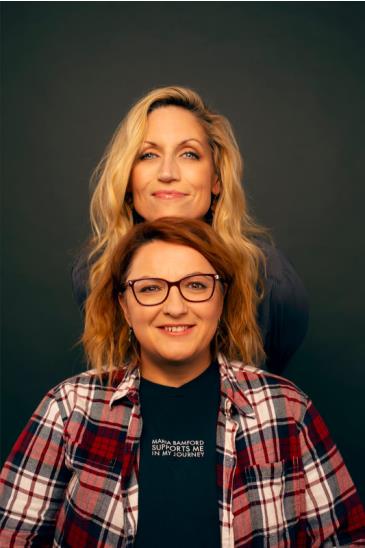