The Kaleidoscope Kid is a Phoenix, Arizona native that grew up on skateboarding, visual art, and outdoor escapism. The diversity of his activities and surroundings translated into a varied love for music, bringing about a sonic landscape in his work that echoes his passions and interests.

Although a true newcomer to the music scene, Kaleidoscope’s discography leaps and bounds between spaces, leaning on his charisma to bring the listener along for the ride. A fan of an extensive catalog of inspirations that span from Beck, Pink Floyd, to Bob Marley and Sublime— his work is a reflection of intentionality and passion for the craft. Taking pieces of his life and translating them into his sound has helped Kaleidoscope create an ethereal world that’s equal parts relatable and entrancing.

Kaleidoscope’s voice is sure to resonate with many and inspire a new trajectory of music-making that breaks the customary rules of genre. Thankfully, as we all know, there are some rules that are begging to be broken.

Kaleidoscope recently signed to indie powerhouse label Suburban Noize Records and is working alongside the label to create his debut album, developing and fine-tuning his musicianship for his broadened audience. This positive new chapter in his career brings Kaleidoscope into the deeper pools of the music scene, which is sure to expand his discography as well as his fan base.

His first single under his new label deal with Suburban Noize was “Hold Up”, which continues to gain momentum with his edgy vocals and idiosyncratic flows. The song now has surpassed one million streams on Spotify, as more and more fans are converted by The Kaleidoscope Kid’s genre-blending artistry. The music video for the song plays like a cinematic homage to Breaking Bad, with the singer wrestling with a bad trip and burying himself — or his former self — in a shallow desert grave. 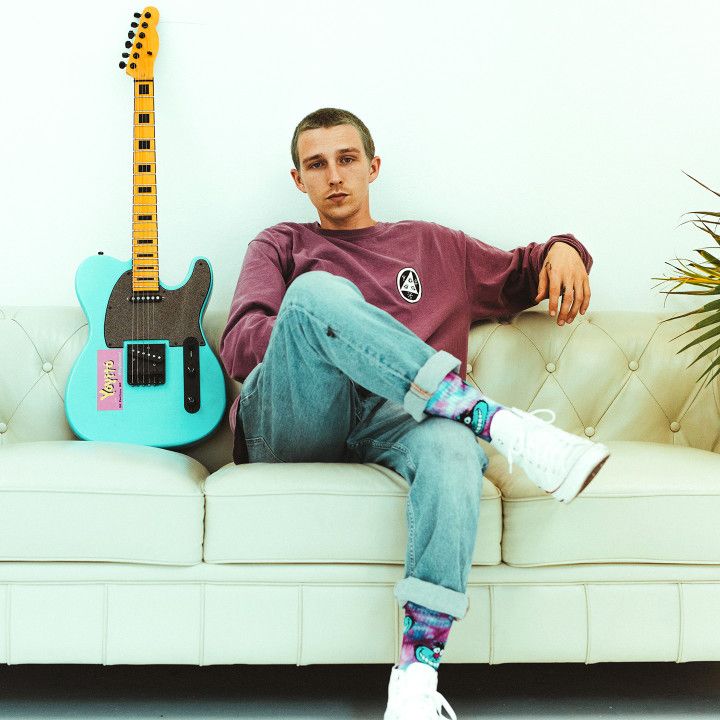