*This show has no Covid requirements for entry*

Since about 2003, these two maniacs have been subverting culture, using a tried and true reverence for the holy spirit of real rock'n'roll, mixed with Grade-A songwriting sensibilities, and a penchant for sexually-charged and challenginglive hijinks of the first order.

Arish ‘King’ Khan: guitar, vocals. His voice is mostly the ‘snottier’ one. His guitar is the ‘lead’ one.

Mark ‘BBQ’ Sultan: drums, guitar, vocals. His voice is mostly the ‘smooth’ one. His guitar is the ‘rhythmic’ one. The drums are played live with his feet.

Together, they are an entity outside of their own control: The King Khan & BBQ Show

Khan and Sultan have always done things exactly how they choose, mostly to their detriment, but with a sincere, deep-rooted understanding that fecal chickens do indeed roost. Their timeless anthems have stayed alive through the decades (!), and seem to always get picked up again by the next generation, organically.

This time around, social media has run HARD with the Sultan-penned 'Love You So', from their eponymous LP (In The Red - 2005). A legit and unlikely HIT in a world of prefab dreck, currently banking 100s of millions of views, downloads, video soundtracks...

Misguided trend or not, the song proves the timeless resonance and magic these warlocks wield. And is a testament to the power of alcohol and mushrooms.

The Pandemic, and its collateral mental health damage dealt quite a blow to the boys, as it did many others. The King Khan & BBQ Show was a perennial and stalwart touring favorite. While their catalog is very impressive, it's always been the live show that shone brightest, and allowed them to share their ribald humor and chaotic, surrealist energy to an appreciative and varied cult of underground fanatics. A live show whose ritualistic primitivism opens portals to parallel worlds, to invoke spirits and ghosts using magick, using their raw soul - for good or for bad - to evoke the smells and feelings that confuse and delight.

It took some time, but they have finally decided to continue the healing process by touring the USA this Fall, and to spread whatever joy they can to a broken world, starving for authenticity and fun.

To help usher in this new chapter, The King Khan & BBQ Show have been recording in Berlin. The first ear-worm to make an appearance in time to whet whistles is 'Going Down', which recalls vague childhood memories of great Coasters anthems, while never losing sight of the band's punk rock ethos. A doomsday tale of capitulation and crawling back into the womb, disguised as a fun, springtime ode to cunnilingus and carefree sex, it is the first in a string of songs expected to come out before their 2022 Fall tour, as a precursor to their long-overdue 5th LP. An album that promises to be their best yet. No joke.

The King Khan & BBQ Show have been impossibly fortunate over the years, all while remaining fiercely independent. Labels like Goner, In The Red, Fat Possum, Crypt and Norton have proudly minted their records. Tours of the Americas, Middle East, Asia, Australia, Europe were many. One of Lou Reed's favorite bands, and it makes sense.

This is rock’n’roll. This is punk. This is early r&b. This is psych. This is doo-wop.  This is garage. It’s all this and more, without trying to be anything.

"'The King Khan & BBQ Show’ is a real band. Sure, their sense of humor is dirty, often subversive, and their costumes ridiculous. But the seriousness of their love of music as holy communion should never be taken lightly. They live a lifestyle of pure love for the genre of rock'n'roll, respecting and understanding its basic tenets, while themselves recognized as lifers, representatives of what they see as an important legacy. They cut their teeth together in Montreal's ‘The Spaceshits’, a lightning fast rock’n’roll band formed in 1995, and have toured and paid numerous dues since, sacrificing their minds, bodies, souls, friends, family… All for love.

The band has managed to continue releasing top-tier material for almost 20 years, without consciously bowing to big business or succumbing to what’s ‘hip’, without changing much. And why should they? They do what they want, take it or leave it. Love 'em or hate 'em. But never say they can’t write and play a great song – and back it up with one of the best, most magickal, energetic, crass and nonsensical free-form live shows going. And they're always available for a drink with whomever wants to hang till the sun comes up again.

They care so much that they don’t give a fuck."

Miranda and The Beat are a Rock and Roll band, with all that the term might entail. Drawing from the traditional rock music, as performed by the likes of The Dirt Bombs, The B-52’s, MC5, and Ronnie Spector, Miranda and The Beat operate from a clear eyed appreciation of the greats and a healthy, barn-burning disregard for tropes or traditionalist limitations. Garage, soul, punk, classic rock... pick your poison; the band has plenty to spare.

Arriving in New York City in 2018, the band have, through songwriting and performance, proved themselves to be both an essential spark and spearhead to a scene of new blood rockers bringing a much needed renewal of energy to the New York City (garage, rock, whatever) scene. Originally a duo of 21 year old guitarist/vocalist Miranda Zipse and 21 year old drummer Kim “The Beat” Sollecito, the pair quickly added a full band and soon became known for their tireless, wheel-on-fire live sets driven by Miranda’s captivating stage presence, vocal prowess, and her pyrotechnic (but never indulgent!), melodically slashing guitar work. Their live reputation (and a reputation for being neither pushovers nor scumbags) led to collaborations with such childhood idols as The Mystery Lights and Nick Zinner of the Yeah Yeah Yeahs. Soon there was the release of their 7” single Such A Fool, on Jack White’s Third Man Records. One pandemic later, between days/nights spent sweating out piss, vinegar, and trackloads of tears in the studio, and a rigorous, borderline ridiculous, rehearsal schedule, Miranda and The Beat are, at this juncture, practically monstrous in both sound and vision, and ready to meet the world. 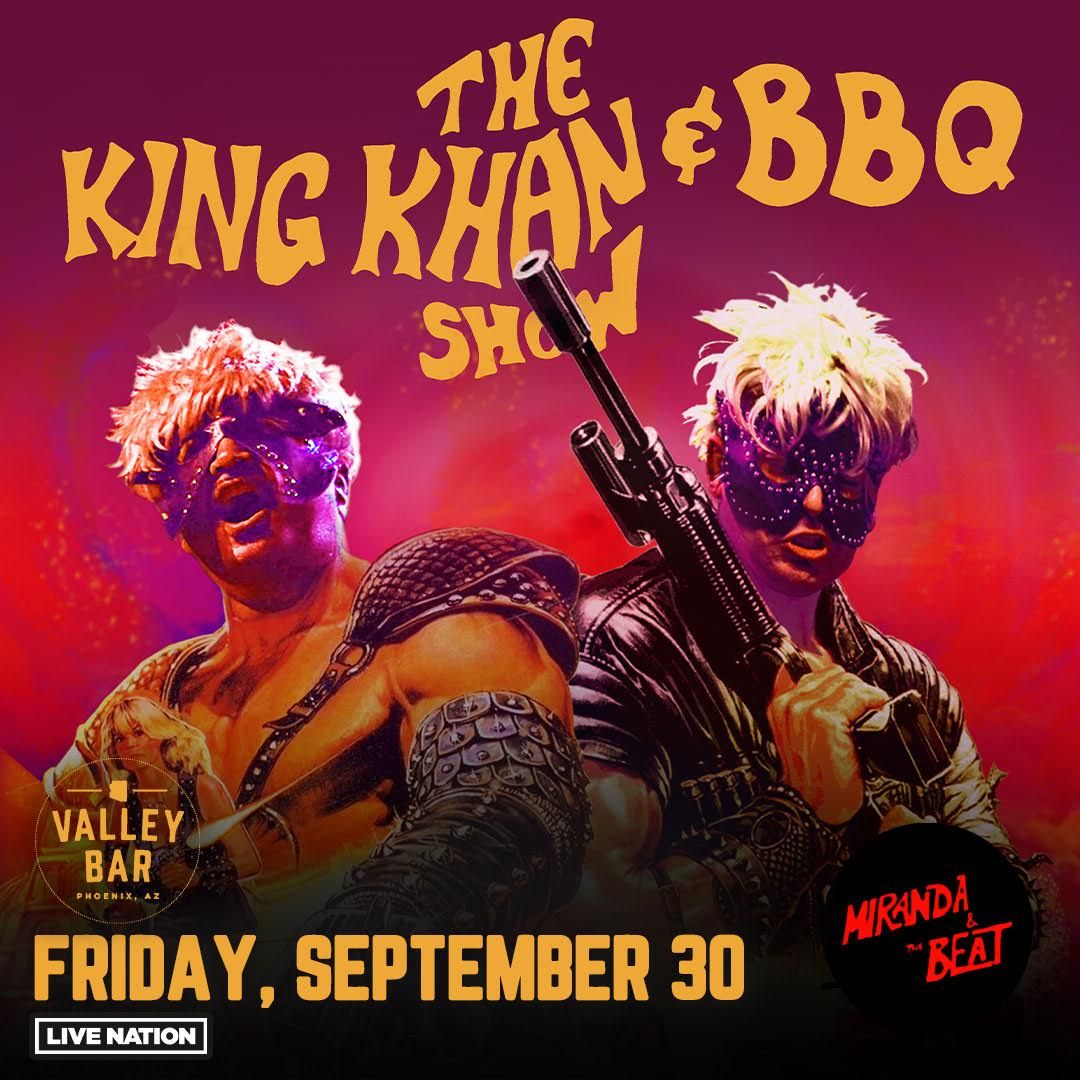