Fronted by notable Santa Fe musician Taylor Penner-Ash (of acclaimed surf punk band The Batrays), The Little Tulips formed mid-pandemic and make music for all the things we have had a little extra time to dwell on during the quarantine. Heartbreak and bitterness make you sad but isolation makes you bold. Combining three part harmonies, airy loops, and pastoral melodies, The Little Tulips hone in on something between atmospheric emo and neo-western garage rock.

Velvet Vision is the solo synth pop project of Betty Taylor, a musician currently based in Santa Fe, NM.  Leaning into a longstanding love of both electronic and pop music, Velvet Vision is characterized by a pronounced use of synthesizers, samples, and lush vocal harmonies to create rosy yet reflective songs. Betty released her first self-titled EP as Velvet Vision in March 2021, which was featured on the Bandcamp homepage as a New and Notable release on April 25th, 2021.

PSIRENS is the ever-changing collaborative project of solo vocalist Paris Mancini. Her performance consists of looping percussive bass and many intricate vocal melodies while sampling noise and beats. Her sound has been described as "cinematic" and "ethereal." She has been compared to St Vincent, Reggie Watts, Bjork, CocoRosie and TuneYards. She has performed in Latin America, toured extensively across the United States and a touch in Eastern Europe.  She has released 8 studio albums, 2 live albums and has been actively playing as PSIRENS since 2009. 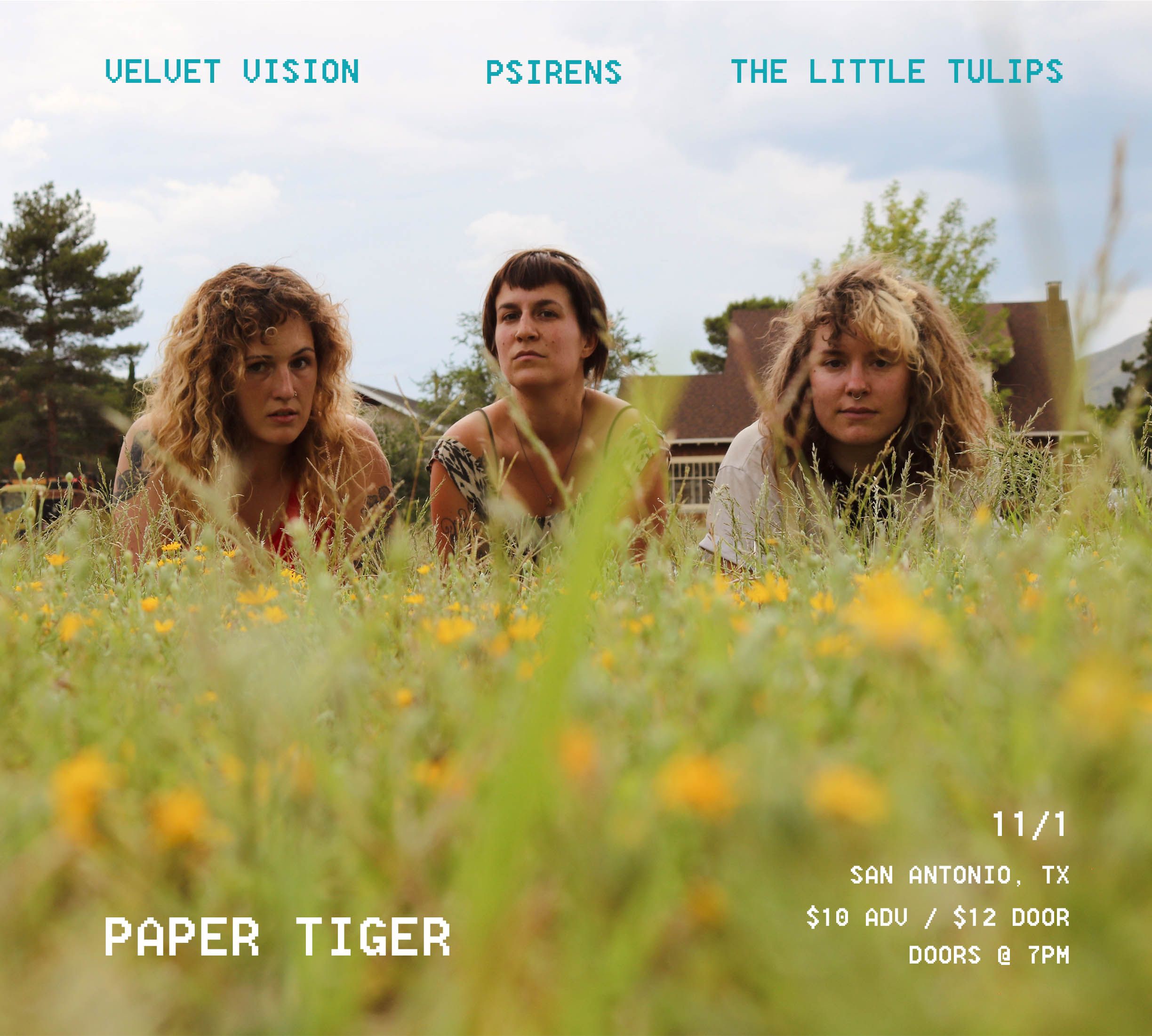