The Movement - Always With Me Tour

The Movement has been winning the hearts and minds of alternative-reggae fans since their inception in Columbia, SC in 2003. Drawing inspiration from Sublime, 311, Slightly Stoopid and John Brown’s Body, they’ve made a name for themselves as reggae shapeshifters with a foundation of heavy drum and bass. Today the band consists of founding member, lead vocalist and guitarist Joshua Swain, bassist Jason Schmidt, drummer Gary Jackson, and keyboardist/multi-instrumentalist Matt Goodwin. Their seventh studio album, Ways Of The World (2019) debuted at #1 in the Billboard Reggae Chart, and remained in the Billboard Reggae Top 10 for more than 40 consecutive weeks. The band’s eighth studio album Always With Me – out July 29, 2022 on the band’s R4RE Records imprint – explores new musical territory while staying true to their champion sound. Featuring collaborations from their influences-turned-peers, Slightly Stoopid, Iration, and Clinton Fearon, and contemporaries HIRIE and Soom T, for The Movement, the only path is forward; pushing the boundaries and the future of reggae..

“Every single second is a blessing if you count them all,” sings frontman Matthew Roads. You can hear the sincerity in his voice; the joie de vivre that oozes from everything Tropidelic does is apparent. When they take a stage, their synergy flows member to member ¬– horns blow, knees kicked high and grins are passed from one man to the next. Almost immediately, it spreads to the crowd, lifting hands in the air as their feet begin to move.The pulse collectively becomes that of one.

Tropidelic can be found spreading their soulful sound across the country, taking stages in both intimate venues and at music festivals, They have shared the stage with and supported such acts as 311, Slightly Stoopid, The Dirty Heads, Michael Franti and the Spreadhead, Pepper, The Flobots and Wookiefoot. Previously, Tropidelic has been featured at Electric Forest, California Roots Music & Art Festival, Reggae Rise Up, Warped Tour and 311 Caribbean Cruise, and many more. They also host of their own annual EVERWILD Music Festival.

Since Tropidelic’s last album, Of Illusion debuted on Ineffable Records in 2020, the band has continued to see exponential growth, amassing over 40 million streams of Spotify. They continue to release a series of impressive singles featuring featuring guest appearances from Nick Hexum of 311, Krazie Bone of Bone Thugs N’ Harmony, Prof, Dirty Heads, Matisyahu, Devin the Dude, and Shwayze.
Tropidelic’s latest studio album, All The Colors, was recently released on August 5, 2022. The band has much more on the horizon, with a busy touring schedule already on the books. Stay tuned for more from these Ohio natives that is sure to delight of their ever growing and rapturous fans. 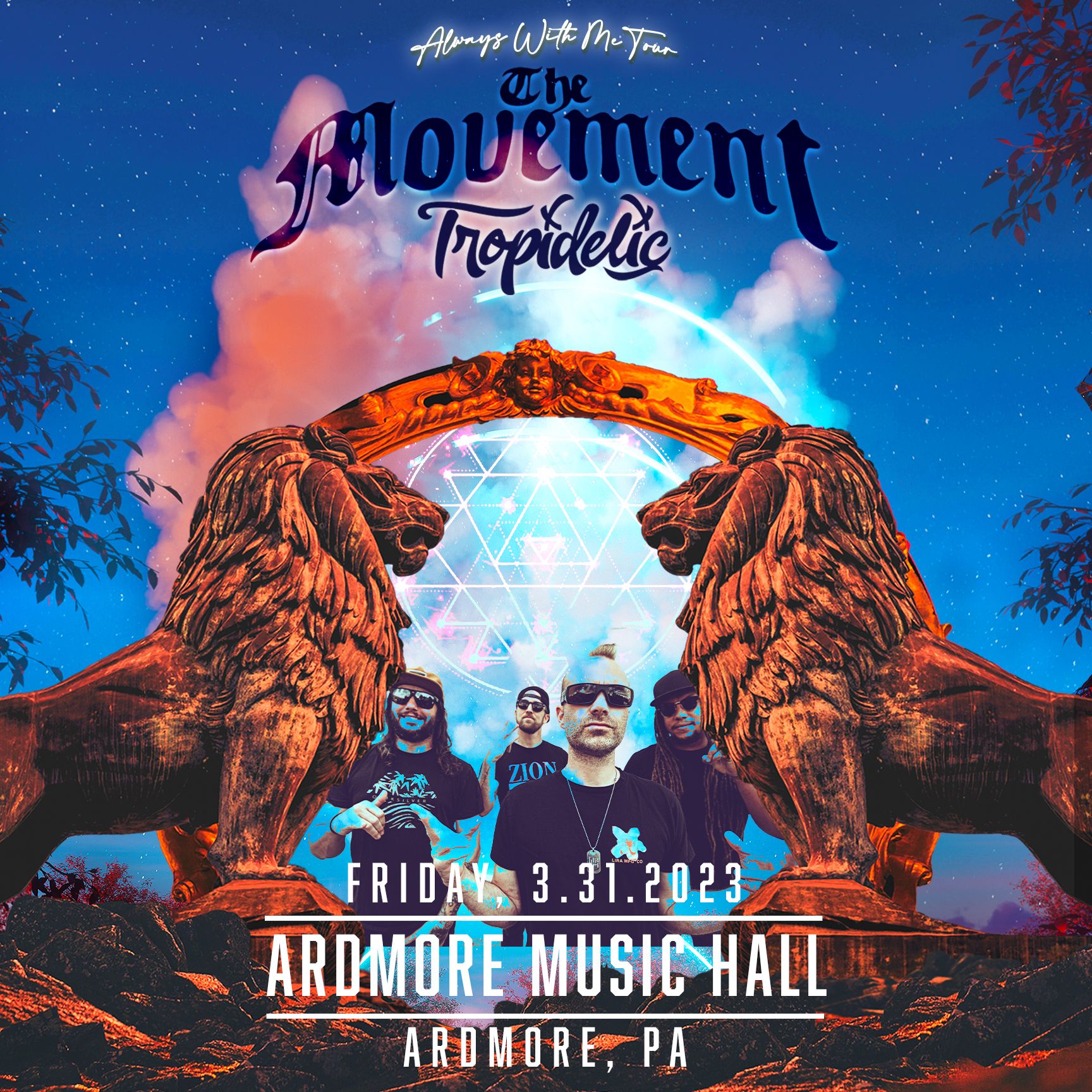