In an era when the city kvetches that there are no good NYC bands, when half of the music scene has split for sunny California, the Mystery Lights are an anomaly. Not only did these bold young men reverse the direction – optimistically migrating east against the tide from the west coast, but they also landed in the wormy apple to immerse themselves in the action and diversity of New York City. They all share an apartment in Ridgewood, Queens - the basement of which they've converted into a makeshift rehearsal space. Betting against the odds to live the archetypical 20th century downtown musician lifestyle in 2016, though inevitably further east of the bridge, they also play with the kind of conviction, immediacy, and raw power of their mighty ancestors – from the Velvets to the Voidoids and beyond. The Mystery Lights are living proof that vital contemporary music, in this case real-deal rock’n’roll, can still be dreamed, constructed, and performed in the Empire City.

Mike Brandon and L.A. Solano have been in many different versions of The Mystery Lights under assorted monikers since their teens. In a heroic jump from the small town of Salinas, California to NYC, the band solidified its lineup to also include Alex Amini, Kevin Harris, and Noah Kohll. The explosive live shows gradually became the stuff of legend as the quintet won their following one fan at a time in dives from Brooklyn to the Bowery. Organically unfolding over the nights months and years, the Lights’ sound has evolved into a fuzz-fueled hopped-up 21st Century take on 60s garage pebbles, and artful 70s punk, that is all their own.

2016 found these rock’n’roll knights embarking upon the next logical step - unleashing their own brand of kick out the jams on tour and in the studio. When Daptone Records launched their Wick Records rock imprint, they wasted no time approaching Mystery Lights as their inaugural act.owned and run, as much as we see our reflection in the sound of bygone powerhouses like Stax and Motown, we also feel special empathy and affection for the smaller independent soul artist and effort. Daptone owes a special debt and feels a warm kinship to the example and aesthetic of these past artists and their recordings. So, Daptone goes forward, anxious to use this new arm of our company to tell the story of some of Soulful music’s little known sounds that continue to guide us today. 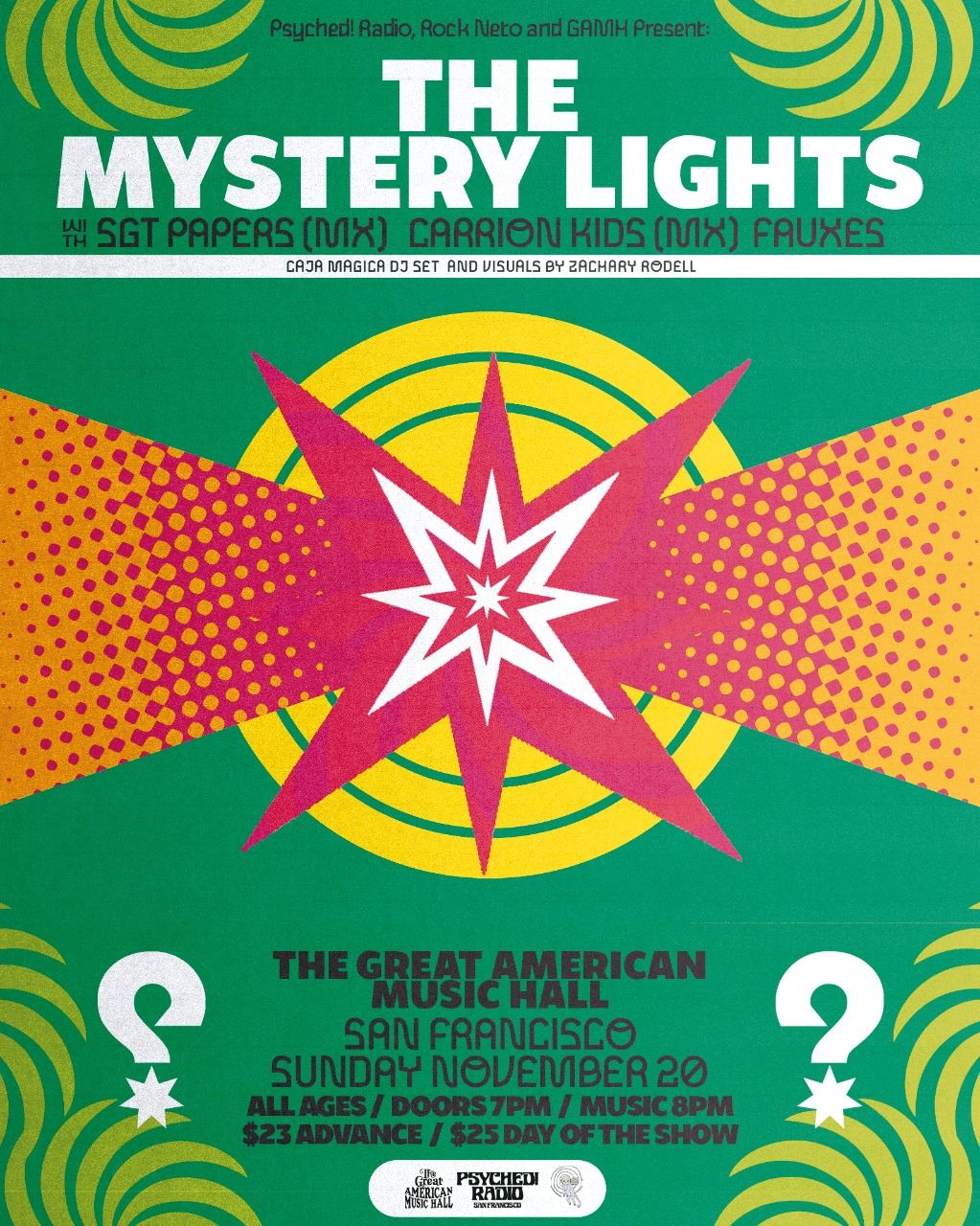