The Nth Power w/Dr. Madd Vibe and the Missin' Links, The BBC

Soul collective The Nth Power aligns some of the most coveted musicians in the game: guitarist and vocalist Nick Cassarino, drummer and vocalist Nikki Glaspie and bassist Nate Edgar. Together, they deliver a transcendent blend of soul, funk and rock that attests to the exponential power of love. The visceral energy of The Nth Power’s live show is as unique as it is infectious, with national media like Sirius XM, Consequence of Sound, Relix, High Times, Okay player and more taking notice over the years. The trio returns from their pandemic hiatus to perform a very special “Fall Back In Love Tour” in support of the group’s forthcoming studio album.

The BBC was born out of a solo bass project that Brandon Brown was working on with his brother, Producer Stanley Randolph.  While working on one song in particular, “What You On,” Brandon brought in artists, such as McKenzie Green on vocals and The Smokin Horns, as well as others to play on the track.  As the song gained popularity in the underground funk community, Brandon began performing the song live, accompanied by bass, drums, guitars, keys, horns, percussion, and vocals.  The group officially became The Brandon Brown Collective, or TheBBC, and have since been tearing up the funk scene. 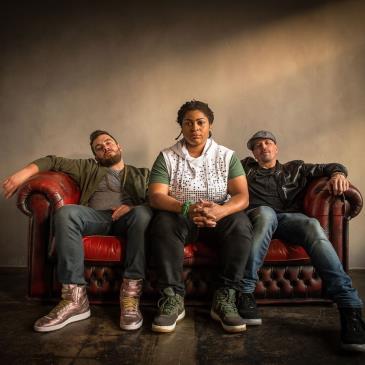