The Protomen with The Cybertronic Spree

The Protomen is an American rock band best known for composing original rock operas based on the popular video game series Mega Man. Because of the group's insistence on wearing costumes and using code-names, even when being interviewed, The Protomen remain a mysterious entity within the video game music scene. Their costumes and general stage presence has been compared to that of Daft Punk. Despite often being classified as a niche, the Protomen have achieved a cult following thanks, in part, to frequent mentions in popular video game web sites as well as a dedicated fan base.

Little is known about the Protomen, other than the band is based in Nashville, Tennessee. Because the band often responds to interviews and questions in-character, their own descriptions of their history are delivered with the dramatic flair of their storyline concept and their comments can not always be taken at face value. Their code-names are largely references to pop culture films, song titles, and fictional characters.

The band is composed mostly of MTSU recording program graduates, and first came to be so they could meet class deadlines and the need to record for grades. They produced their first album over two years in various Murfreesboro studios, using analog rather than digital production. Most of the band had graduated and moved to Nashville by 2005.

Group member Commander has stated that their first album was deliberately designed to sound like "distorted pencil sharpeners about90% of the time" and "was made specifically to go against everything our recording teachers and fellow students were trying to feed us about making everything sound pristine and 'perfect.'. The tracks were mixed on analog tape.

In a 2009 interview, lead vocalist Panther stated, "We basically gathered up all of our good friends from the local rock bands of Murfreesboro, tied ourselves together, and tried to walk. And somehow it worked. At the time, we noticed a void in rock and roll. A hole that could only really be filled with grown men and women painting up like robots and playing some fierce and furious rock music based on a 1980's video game. We were fairly certain no one else was going to fill that hole. But, by god, it's filled now. You can thank us later."

The band has strong ties to the Murfreesboro and Nashville independent music scene, and some members are integrated into several bands simultaneously.

More than meets the eye, The Cybertronic Spree are here on Earth with one critical mission: To party like it’s 1986! This band of Transformers has been brought together by the power of rock‘n’ roll and they can’t be stopped. Hotrod, Arcee, Rumble, Unicron, Soundwave, Shockwave, Bumblebee and a Quintesson prove they’ve got the power to light your darkest hour.

Known across the galaxy for having cast aside their warring factions in the search for the ultimate party, these rockstars in disguise play music from The Transformers: The Movie, hit film and anime songs, video game covers and original tunes. They blend their love for the 80’s and 80’s metal into an energon-fueled, unforgettable live show.

The Cybertronic Spree have been rocking since 2013. They’ve captivated audiences across Canada and the US with performances at major conventions like DragonCon, Fan Expo and Montreal Comic Con, opened for fellow space-rockers, TWRP, Electric 6, Magic Sword, andeven rocked the Gathering of the Juggalos.

In 2019, the band ran a highly successful Kickstarter campaign to release their very first studio album: Transformers:1986. The album covered all ten songs from the OST of Transformers: The Movie reimagined in the band's over the top signature style. The album was picked up by Enjoy The Ride Records and had two exclusive limited release vinyl runs that sold out the very day they were made available to the public.

Most recently, the band finished their first-ever North American tour, hitting 30 cities across the continent and playing to packed venues such as House of Blues Cleveland, Doug Fir Lounge in Portland, Le Poisson Rouge in New York City, Bogart’s in Cincinnati, the Masquerade in Atlanta, and The Echo in Los Angeles, among others.

In 2022, the band will be embarking on another major tour supporting The Protomen in the U.S. They are also working on an album of original music that they plan to release in the fall. 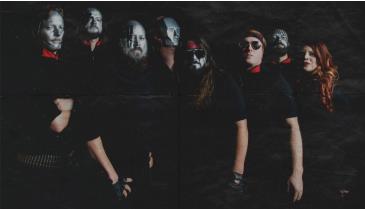