Since 2018’s acclaimed, politically charged Breaks it Down, the Rev has been on the road nonstop. 2019 saw him alighting in Texas, where the South begins, the West ends, and something else is taking shape – a world away, geographically and culturally, from his native LA. Here, he gathered together the Brotherhood, creating a sense of home in his rootlessness. Blade, Thomas, and Roberts provide not only musical, but also spiritual and emotional support for embracing new territory, artistically and otherwise.

“All I’m doing is singing and playing harp,” the Rev says. “I couldn’t imagine making this music with people who are not friends.”

Unlike past Shawn Amos collaborations with Matthew Sweet and Solomon Burke, the Brotherhood is in it for the long haul. “Everybody feels pride of ownership,” the Rev says of Blue Sky. The band has already hit the road and will tour through 2020.

“These songs are really special to Shawn,” says Brady Blade, who previously hosted the Rev’s debut album at his Shreveport studio, and laid down drums. “It’s up to us whether we’re ready to jump in and contribute 150%. If we’re not, it’s not a brotherhood.”

Clearly, from the barn-burning blues stomp of “Counting Down the Days” to the smoky R & B of “Albion Blues” to the rollicking “27 Dollars,” the Brotherhood is, indeed, down.

“Tom Freund is indeed one of the great singer- songwriters. He constructs a unique world, defines it, and then burns it to the ground. Truly unique and absolutely brilliant.” –All Music Guide

It’s the ease with which he delivers conversational lyrics and honeyed melodies, a natural magic that is the soul of Tom Freund’s music. Though he’s widely-traveled in a variety of genres– from hearftelt folk to buoyant pop to boho jazz to straightforward rock ’n’ roll, and beyond –Freund is, simply put, a singer-songwriter with a defined and captivating presence.

“Freund clearly delights in enigma. His vocals could go from laconic to impassioned without such obvious trickery as cranking up the volume. His lyrics are full of curveballs.” –Washington Post

Freund’s latest disc “Two Moons” on Surf Road Records draws roots sources for an urbane Americana sound, melding nostalgia with a raw and sharp-eyed views of life today. “If Two Moons, with its underlying message of hope in this messy world of ours, serves as an inspiring, encouraging soundtrack for listeners, then I can say to myself, ‘ok, you’re doing something right for the people out there”, Freund says. He delivers this CD’s main message in the standout track “Lemme Be Who I Wanna Be,” in which he declares: “I’m basically hooked on this life/it’s got a lot of problems/but it treats me real right/and you don’t have to agree with me/but let me fly my freak flag.” This oddly upbeat anthem of personal empowerment so impressed Canadian rock star Serena Ryder that she asked to sing on it. The opening track “Angel Eyes,” featuring vocals by Ben Harper, serves as Freund’s take on Randy Newman’s “I Love L.A.” motif, expresses his appreciation to his Southern California friends for always having his back. Notes of nostalgia play into Tom’s self-declared favorite track “Mind of Your Own” which delves into a deeply personal memory of the New York native’s childhood home.

“If you want to hear what California feels like, Tom Freund’s new album is a good place to start…” – Acoustic Guitar

Freund spent the mid-’90s touring with the indie rock cult faves THE SILOS and has been releasing solo albums since 1998. Tom has alternated between recording and touring behind his own discs, playing upright bass, electric bass guitar, and mandolin with the likes of British pub-rock great Graham Parker (who hailed Freund as one of the best singer-songwriters operating today), pop star Mandy Moore, groove-soul sensation Brett Dennen, Rock ‘n Roll Hall of Famer Jackson Browne, and three-time Grammy winner Ben Harper. “What really brought me to wanting to work with Tom in the studio is his songs,” Harper concludes. “It doesn’t have to even go any further than that. As far as I’m concerned, who wouldn’t wanna work with him in the studio? Because the songs are there.”

“Every year the mounting landfill of new releases that threatens to bury the working music journalists yields a few unexpected gems, and Tom Freund is one of them.”

More recently, you can spot Freund playing with Parker in the Judd Apatow film, “This Is 40” and featured on the hit TV shows “Parenthood”, “American Gothic” and the recently premiered Pamela Adlon show “Better Things”. He continues to tour North America, Europe and Japan playing with his band or doing solo shows. 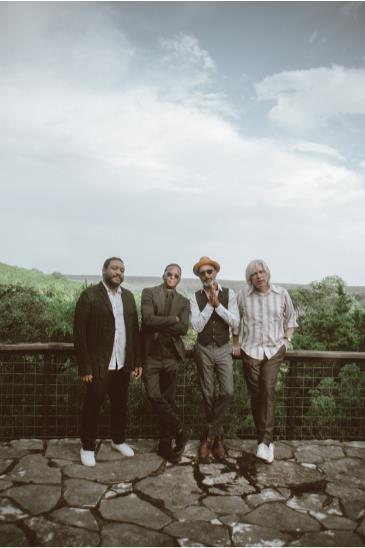 The Brotherhood with Tom Freund