The Shady Recruits and Gabriel Kelley

Formed in 2016, The Shady Recruits is a 5-piece band basedout of Greenville, South Carolina with a

funky, jazzy, andat times heavily improvisational fusion of what they describe as “tasty tunes”.Influenced by the likes of Funkadelic, Frank Zappa, Soulive, Steely Dan, and somany others, the band plays an eclectic, high-energy mixture of originals and coversguaranteed to keep you dancing all night. While still relatively in its infancyas a band, The Shady Recruits have been fortunate to share stages with suchacts as The Marcus King Band, Brandon “Taz” Niederauer, and Dumpstaphunk.

Led by drummerJack Ryan of the Marcus King Band, The Shady Recruits are an “all-star lineup”of sorts, consisting of musicians from several prominent local and regionalbands. The ensemble includes fellow Marcus King Band member and Greenvillenative Justin Johnson on horns and vocals, Chris Spies on saxophone, bassistDavid Katilius of jamtronica rockers Scrumptious and Phish tribute outfit AdamKnight’s Buried Alive, along with keyboardist Marcus White of Chattanooga whoadds a musical tour-de-force, splitting his time between the Recruits andtouring with Atlanta funk/improv giants Voodoo Visionary, as well as leadinghis own project killakeyz_band.

…and a surplus of surprisespecial guests is always a unique part of The Shady Recruits performances.

Gabriel Kelley is a Georgia-raised, Nashville-basedaward-winning musician, artist, and song writer that has captivated audienceson both sides of the Atlantic. Born and raised in the southern rural farmingand artist centered community of Athens, Georgia; hard work and passion wereinstilled into him through his years traveling and touring the globe andeventually landing him home in the rolling hills of beautiful Tennessee.Kelley’s 2016 release of ‘Lighter Shades of Blue’ gainedcritical acclaim on both sides of the Atlantic ocean, giving momentum to monthsof touring and supporting such artists as ‪Chris Stapleton, ‪Steve Earle, MarcusKing, ‪Gregg Allman, Sheryl Crow, Jason Isbell. and more. After more than 300 shows in the past 3years + appearances on international recognized stages such as Red Rocks & Dalhalla,Kelley emerged from the studio in 2019 with his latest release - a self-titledalbum of swampy, soulful songs that bring him full circle to his Georgiaroots. Not one to stand still and rest on his laurels, Kelley has beenspending his time off the road in 2020 writing, collaborating, and recording,and is looking forward to a series of new releases in 2021. 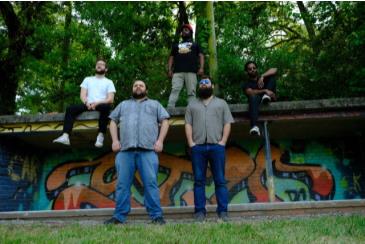