Beatnik group The Shindellas are a female band formed under the belief that when women come together, powerful things can happen. The Shindellas are comprised of three brilliantly talented women, Kasi Jones (Singer), Stacy Johnson (Singer/Guitarist) and Tamara Chauniece (Singer). Each member was introduced by multi-platinum, Grammy- nominated, songwriting and production duo, Chuck Harmony and Claude Kelly, also known as the progressive band Louis York. The Shindellas explore Jazz, Soul and true R&B to create a unique genre of music for their audience. They are proponents of self-love, empowerment, and elegance, which are tenets they work hard to spread through their music.

Meet Kasi Jones - who hails from Seattle, Washington, where her childhood hobby progressed into an adult passion. After high school, the self- proclaimed storyteller and safe-space, moved to LA to pursue a career in music, while attending American Musical and Dramatic Academy. During her incredible journey at AMDA, the young phenom was able to tap into and explore her other gifts such as acting, writing and directing. While cultivating her musical and theatrical career, she joined the cast of Big Band Beat at Tokyo Disney Sea. While in Tokyo, Kasi began writing original music and attending open mics and jam sessions, building a solid fan base. Encouraged, she returned to the US where she recorded her first EP. While touring the world performing, Kasi met Chuck Harmony and the rest is history. She is now a proud member of The Shindellas living by her favorite quote, “Think thoughts of joy, speak words of peace and always find your light.”

Meet Stacy Johnson - a Northern Chicago native of Jamaican descent, who at 15 began her musical quest with a family-owned production company called Joy Art Music. They provided a safe space for her to learn all aspects of the entertainment industry. She fearlessly dove into a career as a jingle singer and voice over artist. It was during this time that she was able to learn guitar (self-taught) and first used her voice and sound to express herself through writing and releasing her own music. While on this journey, she developed an infinite love for the arts and was inspired to take her gifts to Los Angeles where she met Chuck Harmony and Claude Kelly. Divinely aligned with the two, she joined their expedition to Nashville, TN where she was key in helping to establish a hub for development and creative freedom and commenced her greatest endeavor as a live performer. Under their leadership, Stacy was able to further refine her skills and is now following her dreams along-side not only her bandmates, but sisters for life.

Meet Tamara Chauniece - A Texas bred Singer/Songwriter, who got her start in church at the tender age of seven years old. Her innate and prodigious abilities launched her into a career as a young Gospel Recording Artist, which continued well into her teens. Driven to reach a broader audience, Tamara auditioned for NBC’s The Voice, Season 5 and earned a Top 20 spot. She utilized this platform to build a substantial social media following by posting short clips of herself singing covers. One of her viral videos caught the attention of Claude Kelly, who was led to reach out to her. Without hesitation, Tamara made the decision to take her talents to Nashville, TN and the best is still unwritten. She believes that joining Weirdo Workshop as a Shindella has been a supreme reward and with the incredible light and force of her two sisters, the greatness and possibilities are immeasurable! Go, God!

The vitality of their three voices blending in effortless harmony coupled with their alluringly graceful and poised disposition, will put you in a trance. Since forming, The Shindellas have graced stages across the country, including Essence Festival 2018. Their three recently released singles, “Reconsider”, “Ain’t that the Truth” and “Happy To See You”, are the perfect preface to their debut album, soon to be released under Weirdo Workshop. If you haven’t already, it’s in your best interest to familiarize yourself with The Shindellas, as they are bound to steal hearts and few top spots on the charts!

Born and raised on the outskirts on Memphis, TN, Kyndle Wylde got her start how many powerhouse vocalists start out: on the pulpit of a church house. Her calling was evident from an early age. And as she grew, so did that calling. After graduating college and moving to Nashville, Kyndle comes to us today with a voice of her own and a story to tell. Her debut, 6-song EP entitled “NOW”, embodies a girl on a real journey of FREEING one’s self through FINDING one’s self. We kick off this journey with a Timbaland-inspired, 90’s R&B track appropriately entitled “My Own Way”. Our next stop, “Like You Used To”, shows a darker, more “soulful pop” side, a sweet spot where Kyndle truly shines. We then move into another era with an 80’s synth-wave pop track called “Magic”, pink in color and lush in vocals. “Good as Gold”, an edgy Americana forest-bop, is simple in lyric, but strong in delivery. With “Remorse” we are given a broken down and deeply personal reckoning with substance abuse and regret. At the end of our journey, we reach the title track “Now”, a “brow down”, chain-breaking fight song that feels like a mic drop after hearing the first five. Kyndle Wylde is a vocal virtuoso who, through her debut project “NOW”, showcases her versatilely, as well as her vulnerability.

Magi Updated One Sheet Based in Nashville, TN, Damien Horne (The Farm), Kenny Carter (Waterdeep, Trump Dawgs), and David “DJ” Lee (Scratch Track) have merged their individual talents as artists, songwriters, and producers. After years of performing in colleges, clubs, and churches, these three have joined forces to bring a positive and encouraging musical experience to uplift souls and inspire a wide variety of audiences. By mixing bass grooves, beatboxing, acoustic guitar, and Soul-Felt vocals, The Magi create an organic sound that is unique and specifically their own. 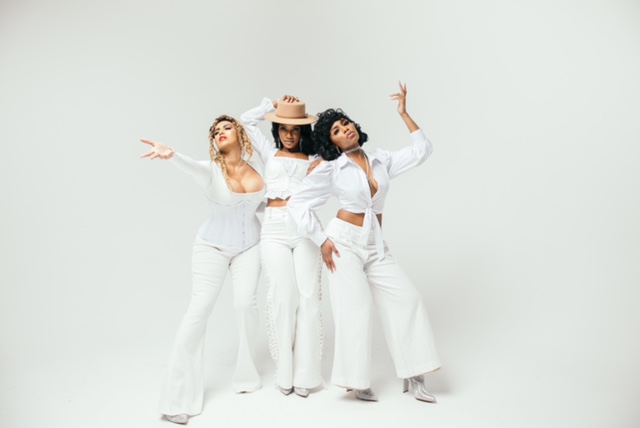