The Slackers + Big D and the Kids Table

Since 1991, the Slackers have released fifteen albums andcountless singles, while their 1000s of live performancesfeed their fans with energetic sets of ecstatic music.
The press state that the Slackers are “the best ska band inthe world” (Rude International), “the pick of the US crop”(Metal Hammer), “the sound of New York’ (New YorkTimes), “is about as close to perfect as it gets” (Ink 19),and “one of the best bands in the United States” (axs.com).In April 2022, The Slackers released a new album, “DontLet The Sunlight Fool Ya” (Pirates Press) which quicklyshot to the top of the US billboard charts. This is the firsttime that a Slackers’ album has charted! Ironically after 30years as a band, this qualified them as a Billboard ‘newartist.’ The Washington Post noted that the Slackers“remain at the top of their game.”

About Big D & the Kids Table

About Bite Me Bambi 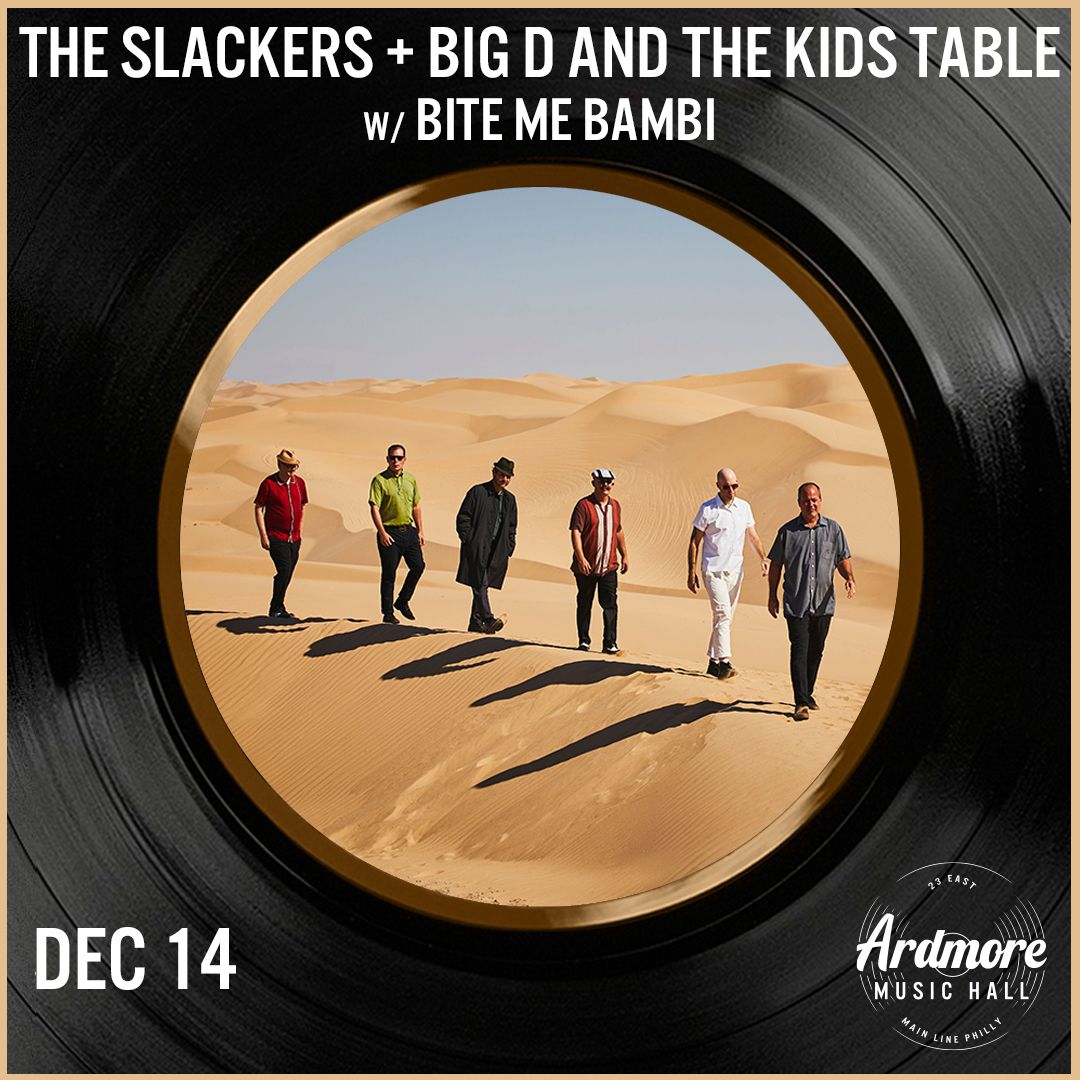