Following a tense chart battle with Demi Lavato, The Snuts recently become the first Scottish band to achieve a UK Number 1 for 14 years with their debut album 'W.L.' -- selling over 20,000 sales. The album encapsulates the band's journey from four working class kids growing up with a dream in Whitburn, West Lothian, to becoming one of the UK's most exciting and vital bands of the new decade.   A ferocious 2020 first saw the band land a top 15 album chart position with their debut Mixtape EP, a #1 spot on the UK vinyl chart, #1 in the Scottish album charts, an appearance and sync in a UK-wide multi million pound Strongbow ad campaign, FIFA21 soundtrack sync and over 30 million streams. Featuring their Radio 1 playlisted single and love song for the ages, 'Somebody Loves You,' a fresh take on fan and live favourite 'Glasgow,' the hip-hop driven 'Elephants, the hauntingly heartfelt anthem 'Always' and main stage festival ready hymn, 'All Your Friends,' the album has been entrancing critics all over. The Sunday Times labelled the record as "a sun soaked singalong," the Daily Star stating that "W.L will blow you away," and the Daily Record declaring the band "Kings of Scotland." Adored up and down the country for their uninhibited, sweat-drenched live shows, the band head out on a UK & Ireland tour in autumn 2021, including 3 sold-out dream shows at Glasgow's Barrowland.

Ever since she was a teenager, girlhouse's Lauren Luiz has always felt the pull to try and experience new things. Growing up in the city of Portland, a place of polar opposites with the very liberal on one side to those wielding confederate flags on the other, she first began to make her mark as an actress in her early twenties. Appearing in shows like the NBC hit series Grimm, she felt like her career wasn't really going to fully begin unless she moved to the heart of the action, Los Angeles.

Driven by her first serious breakup, she migrated to LA in 2013 to pursue her acting career, where she got her first big break in a production of Spring Awakening. The production was all through sign language and half of the cast was deaf, so it gave her a truly unique experience and taught her to sign. The show took her to Broadway, New York, saw her perform for the President Barack Obama White House, as well as appearing on The Seth Meyers Show. And while her music had yet to come to the forefront of her creative spirit, it was this pursuit of an acting dream that led her to the places and people she would come to build her music career around.

She first moved in with a friend she had met while attending the Old Vic School in Bristol, and began to work at the Diesel Jean store at the city's Beverly Centre mall. It was here that she met her future band mate/producer Tyler Thompson, who was working at the Sony Store at the time. The two had an instant creative connection and stayed firmly in touch when Lauren had to uproot to New York for her production. But once that show ended, she returned to LA and the pair formed their first musical venture WILD together with another band mate.

This was the formation of girlhouse, a solo project that Lauren felt was more in keeping with how she was as an artist and gave her a creative outlet to drive her own passions. But her connection with Tyler had become so tight over the years, she felt that he was the only one to help her realize her dream and so became the producer for her debut EP 'the girlhouse EP.'

Inspired heavily by the works of fellow female singer-songwriters such as Phoebe Bridgers, Soccer Mommy, and Lucy Dacus, 'the girlhouse EP' was written during a turbulent time for Lauren. Growing weary of the LA scene and what it had to offer, the collection became a break up letter to the city she once so badly wanted to be a part of. Combining personal stories of family and friends, she felt that although the music was the start of something new, it also meant a halt for her acting and life in LA as well, resulting in a wonderfully heartfelt introduction to her work. 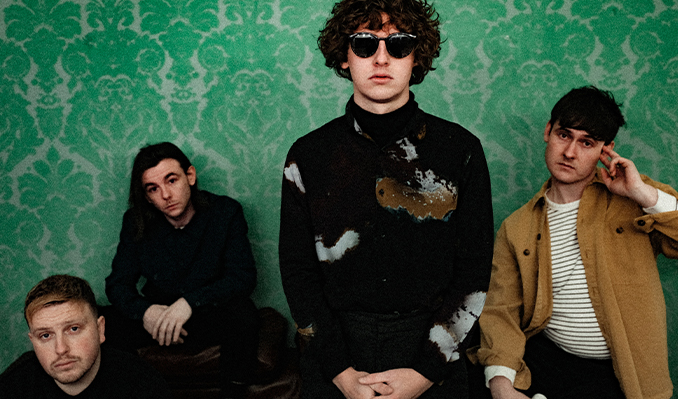