Eight men pick up shiny brass and drum instruments, lock into an unspoken groove and rotate genres like your favorite playlist shifting from funk, jazz and R&B to hip-hop and beyond. With fire, focus and fluidity, New Orleans-bred staple THE SOUL REBELS expand musical boundaries with an unwavering commitment to originality and innovation through genre-bending songs and collaborations.

COVID-19 POLICY (AS OF 2/10/22)
In compliance with the Erie County Department of Health and New York State Governor's Office, all mandates for Vaccination Check & Wearing Masks have been lifted.
Patrons will no longer need to show proof of vaccination to enter. Masks will continue to be recommended but not mandated to wear while attending an event at the venue.
We ask anyone meeting any of the following criteria to not enter Buffalo Iron Works:
- Anyone that has tested positive, or been exposed to someone who has tested positive for covid-19 within 10 days prior.
- Anyone that in the prior 48 hours has exhibited any of the following symptoms: Fever or chills, cough, shortness of breath or difficulty breathing, fatigue, muscle or body aches, headache, new loss of taste or smell, sore throat, congestion or runny nose.
Thank you | Buffalo Iron Works 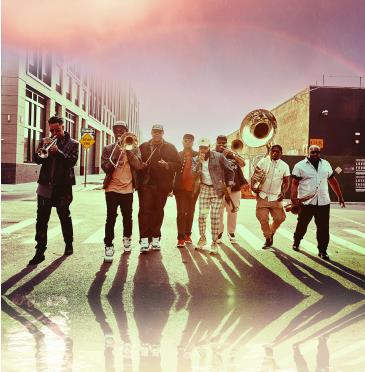