The Strike & Sub-Radio with Good People

The Bay Area has a new sound and it comes from Good People. This unearthly duo consists of Red Lotus & Juju Mad Scientist. These guys have unveiled an entirely new approach to music with a discography including multiple genres such as pop, rap, punk rock, dubstep, and edm. Formed at the beginning of the Covid-19 pandemic, the cousins stopped their solo music careers, teamed up to experiment and came up with their first album Genre Pt. 1.  Their single “The Fall” caught the attention of Wild 94.9’s radio host JV from The JV Show and sparked the duo's success.  The work ethic behind this 2 man band is relentless, in less than a year Good People has gained radio recognition, been placed on over 350 Spotify playlists, won multiple song/music competitions, and released 5 total albums. 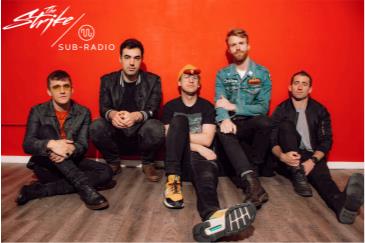