THE TILLERS W/ THE HAMMER AND THE HATCHET @ HI-FI INDIANAPOLIS

The Tillers have been thumping their own distinctive sound of string band style folk music for over a decade, riding it all over the country and across the sea. Four studio albums and one live record have won them praise as modern folk storytellers of the national soundscape.

Fueled by life, family, history, travel and politics, the new self-titled LP is the band’s most engaging record to date.

About The Hammer And The Hatchet:

Birthed by the hill country pickin’ parties that are synonymous with these Brown County Hills, The Hammer and The Hatchet have created a sound that is reaching beyond the county line. John Bowyer, The Hammer, is a virtuoso mandolin player and guitar player who has used his talents as a side man, studio musician, and front man for projects like Old Truck Revival, Punkin’ Holler Boys, Chris Dollar Band, Avocado Chic, and so much more. He recognized in Jayme Hood, The Hatchet, an undiscovered talent, who has quickly moved past protege to become his musical soulmate. The Americana sound that they have created is bluegrass inspired, harmony rich, and heartfelt. They have been co-writing songs and bringing their brand of American Roots music to the region for 3 years and continue to build momentum with every show.

The Hammer and the Hatchet have released 2 albums. The first (self titled) in January of 2015 and the second, Winter Fires in October of 2016. 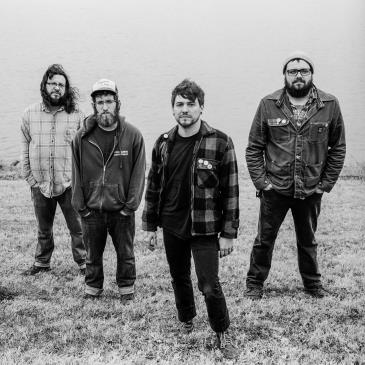 The Hammer And The Hatchet